In his work, Sky Hopinka explores the relation between language, identity, and cultural constructions, probing the boundaries of verbal and visual expression.

Cinematographically, nostalgia is articulated through the superimposition of two images—of dream and everyday life, memory and reality, past and present. In his 2019 film Lore, Hopinka employs this mode of filmmaking: we see his hands (re)arranging cut-up photographs of landscapes and friends on an overhead projector. In juxtaposition to the footage of photographs accumulating on the illuminated surface, we see and hear a band during rehearsal, while also hearing the artist’s voiceover telling family tales, Indigenous myths, and the story of a dissolving romance.

With his film, Hopinka pays homage to Hollis Frampton’s 1971 experimental classic (nostalgia) in which the narrator intones anecdotes of his artistic development as well as platonic and romantic entanglements while we see photographs lying atop a hotplate, combusting one at a time. Lore expands on this format: the film ferries between image and language, at times causing their disjunction, and so meandering through temporal registers by means of poetic personal narratives. 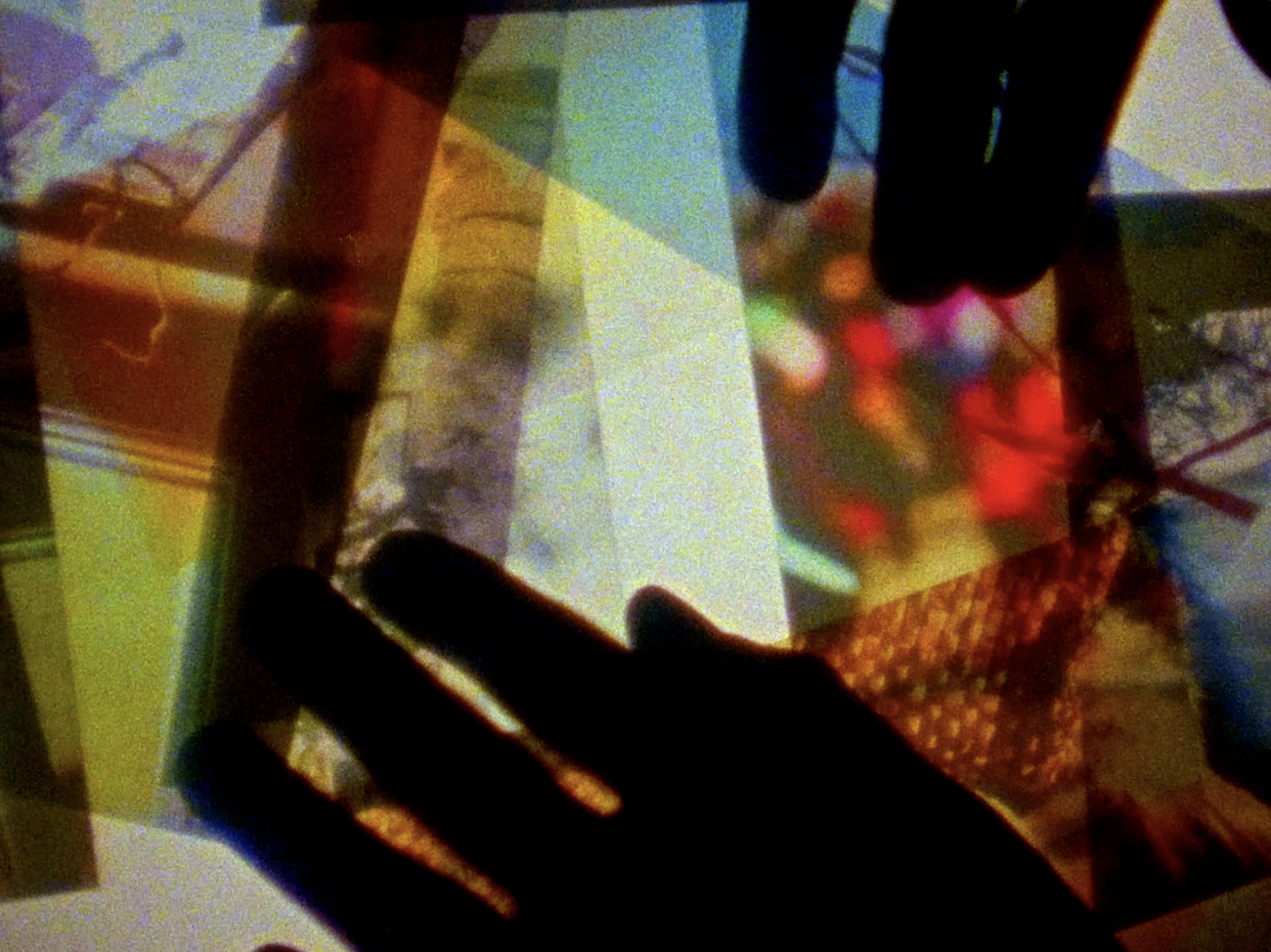 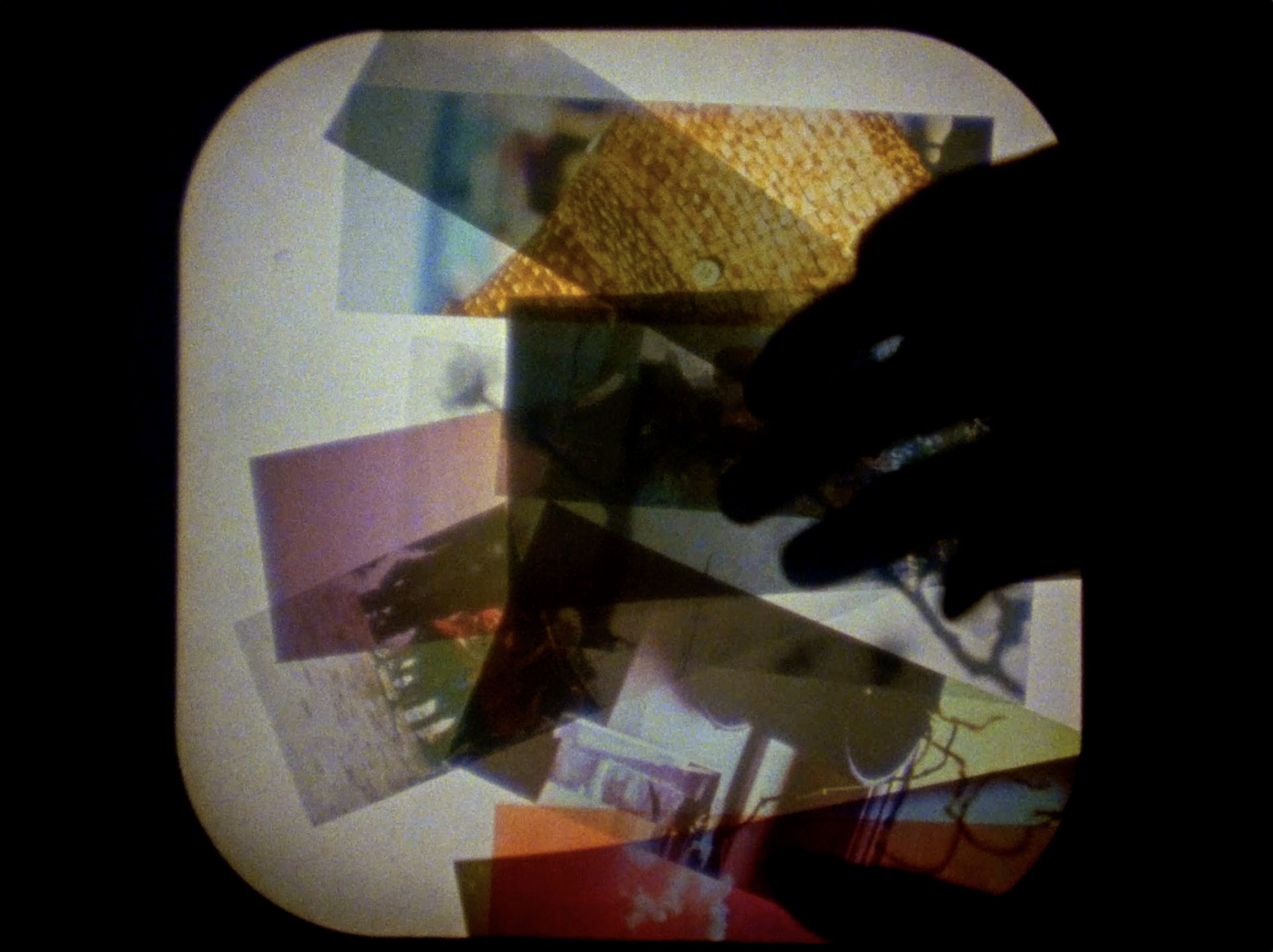