The year 1972 saw the first use of open captions—text burned into the image—for deaf and hard of hearing audiences on U.S. television, doing so with the cooking show The French Chef starring Julia Child. Carolyn Lazard’s video A Recipe for Disaster, on view as part of the series Schaufenster, draws on footage from the popular TV broadcast and constitutes a critical study of the accessibility and barriers imposed by mass media.

The usually supplementary form of the caption dominates the field of view in Lazard’s work and is accompanied by their own voice as audio captioning, providing verbal descriptions of the original episode for blind and low-vision audiences. The artist has further augmented the source material by adding a manifesto-like text, scrolling across the screen in yellow all-caps lettering, that is simultaneously read by a second voice. Through this layering of text, sound, and image, Lazard emphasizes the importance of (media) accessibility, which shouldn’t be simply a supplement, but a fundamental principle of our social structure. 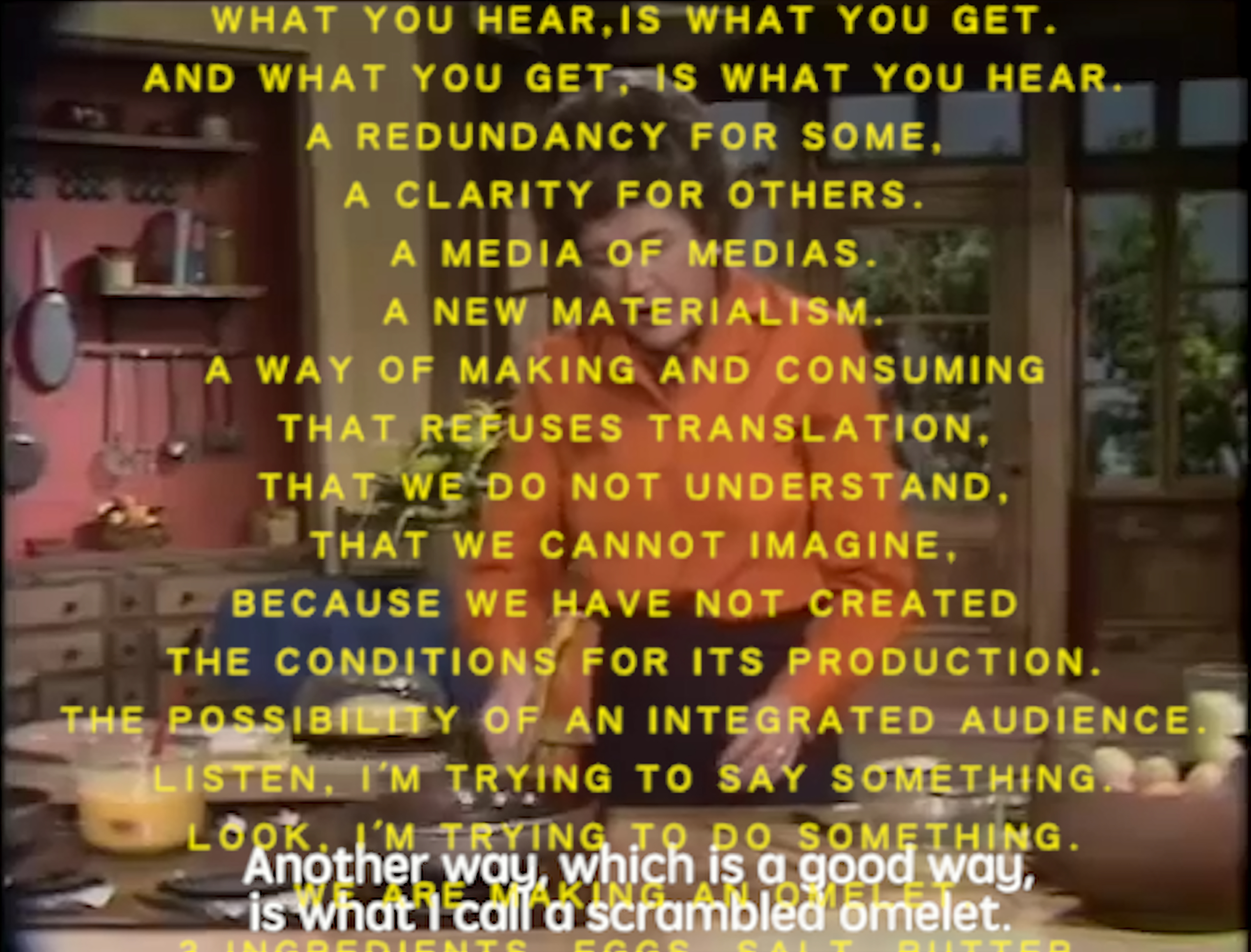