The Kunstverein München is one of the oldest and, with over 1,300 members, largest institution of its kind in Germany. With its spaces located in the historical arcades of the Hofgarten, it has not only been an integral part of Munich’s art scene since its founding in 1823 but has also gained international recognition far beyond the city limits as an innovative and controversial platform for contemporary art and its discourses.

Kunstvereins [art associations] were not only spaces for presenting contemporary art but primarily also for social exchange, where a critical awareness of “contemporaneity” could develop through an active engagement with current art. It is precisely this central notion of a vital social exchange on uncertain cultural terrain that still defines the Kunstverein's work as an indispensable force in the network of cultural institutions – even though, naturally, the political and societal conditions have changed significantly. As a members-based, privately sponsored association, Kunstverein München operates relatively independent of both direct economical as well as (cultural) political interests. This twofold autonomy predestines it as a space for artistic experimentation in which innovative curatorial work can be carried out. In addition, its slender organisational form allows it to react flexibly, quickly and non-bureaucratically to current artistic developments and to actively engage in these. In recent years, the Kunstverein particularly pursued this active engagement on an international scale through cooperations with the S.M.A.K. (Gent), CAC (Vilnius), Museo Tamayo (Mexico City), transit.sk (Bratislava), ICA (London), and the Whitney Museum (New York), a.o. 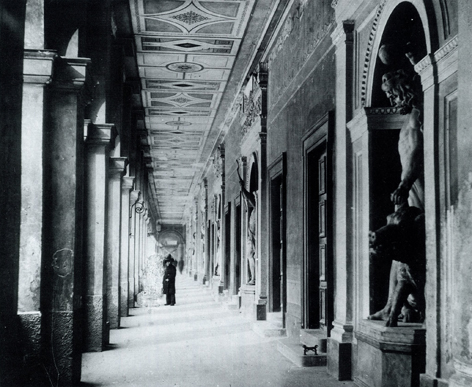