The exhibition by Munich artist Gerhard Merz was a holistic, cross-room staging designed specifically for the rooms of the Kunstverein at the Hofgarten.
In this overall staging, Merz first transformed all the walls of the four exhibition halls into a color continuum through the dual tone of turquoise and caput mortuum.
This "color sculpture," which at the same time highlighted the architectural interior with its classicist tradition, was assigned twelve paintings and one sculpture, which at the same time opened up several thematic levels of the overall design.
The inscription DOVE STA MEMORIA (“Where is Memory”) - a quotation from Ezra Pound - placed in the first room introduced the exhibition as motto and title.

As one of the most controversial exhibitions in the history of the institution, it provoked very strong reactions. Critics accused it, among other things, of an affirmative play with National Socialist aesthetics. In 1986, the atmosphere of remembrance politics was characterized, among other things, by the revisionist maneuvers of the so-called “Historikerstreit” (Historians' Controversy). 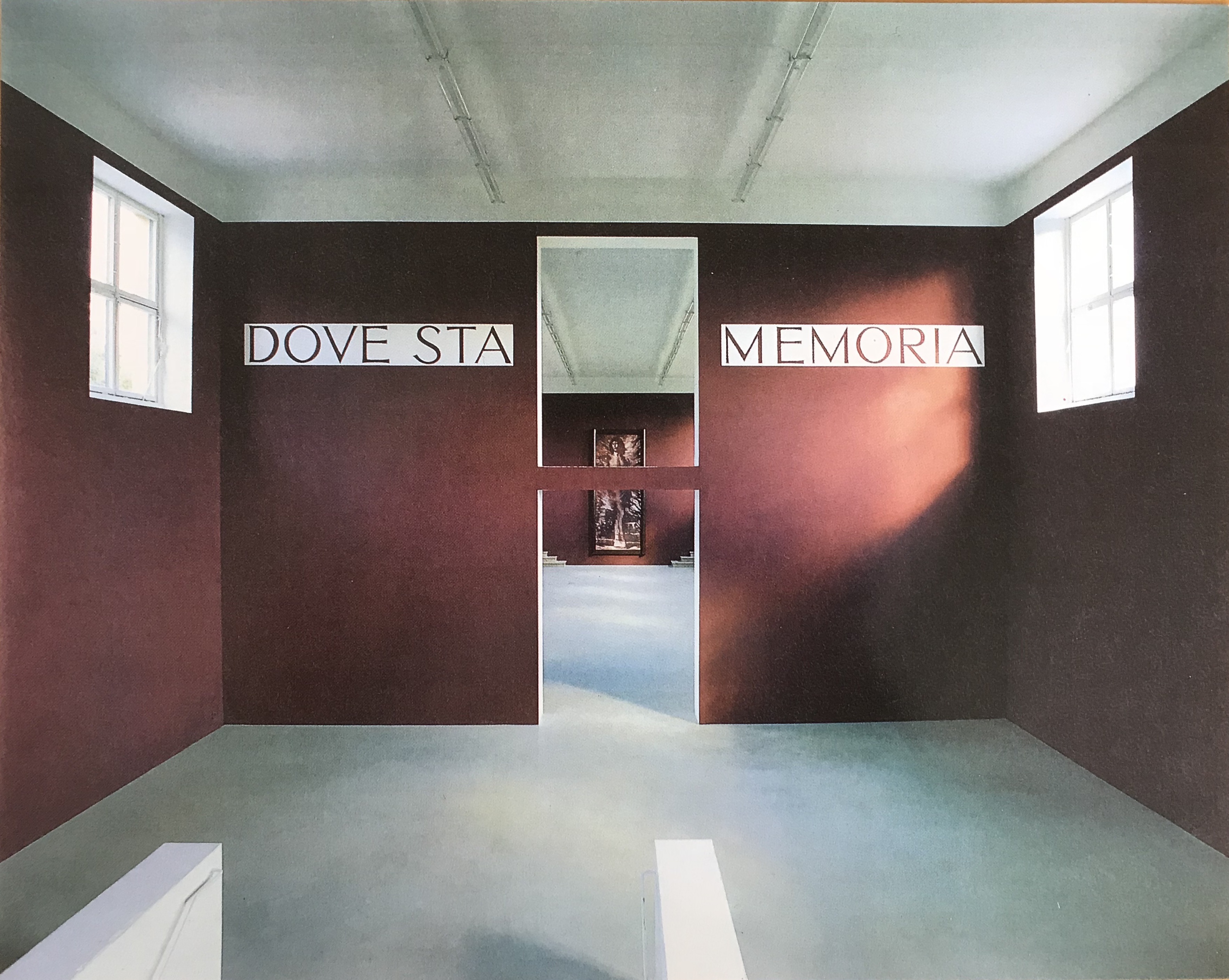 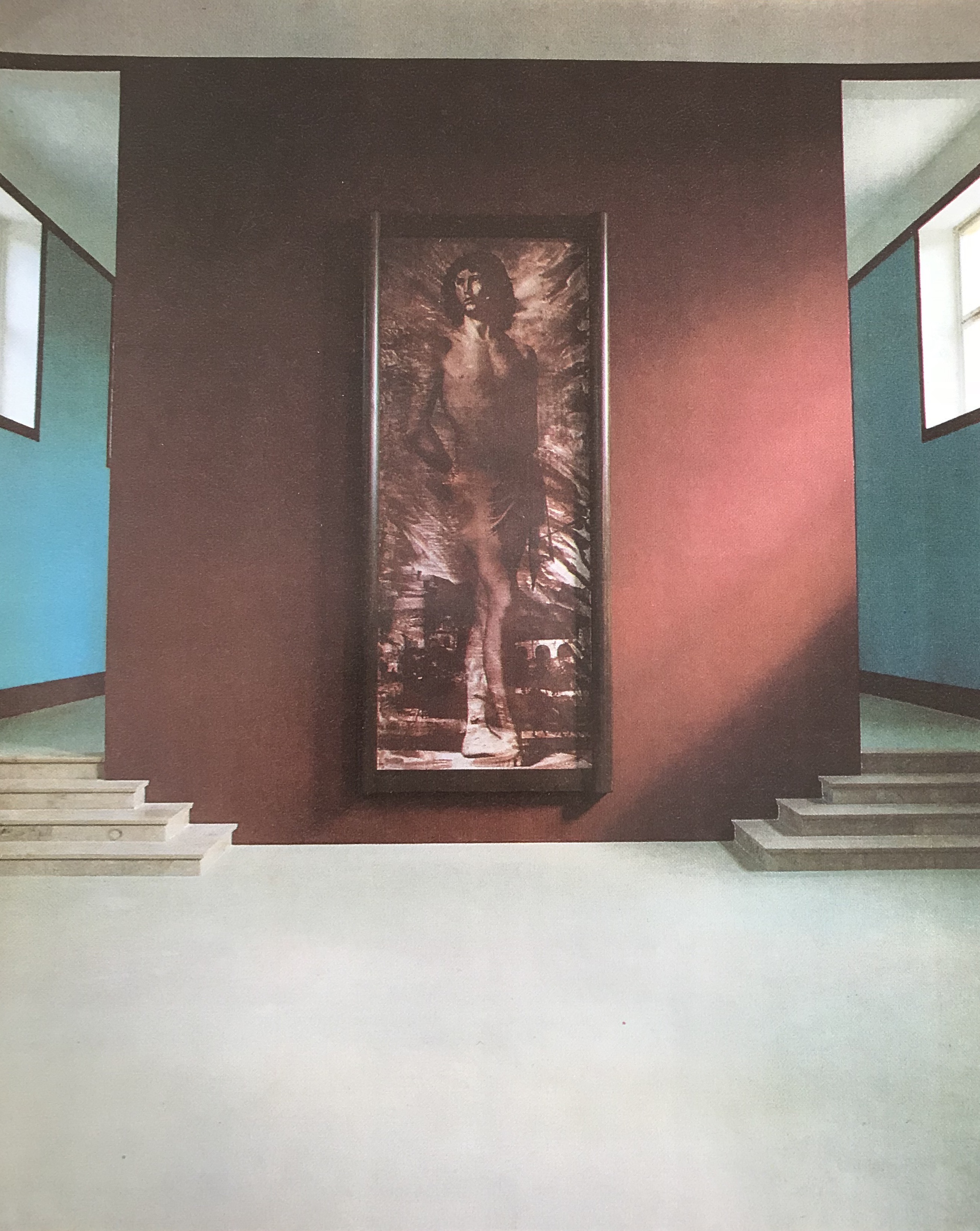 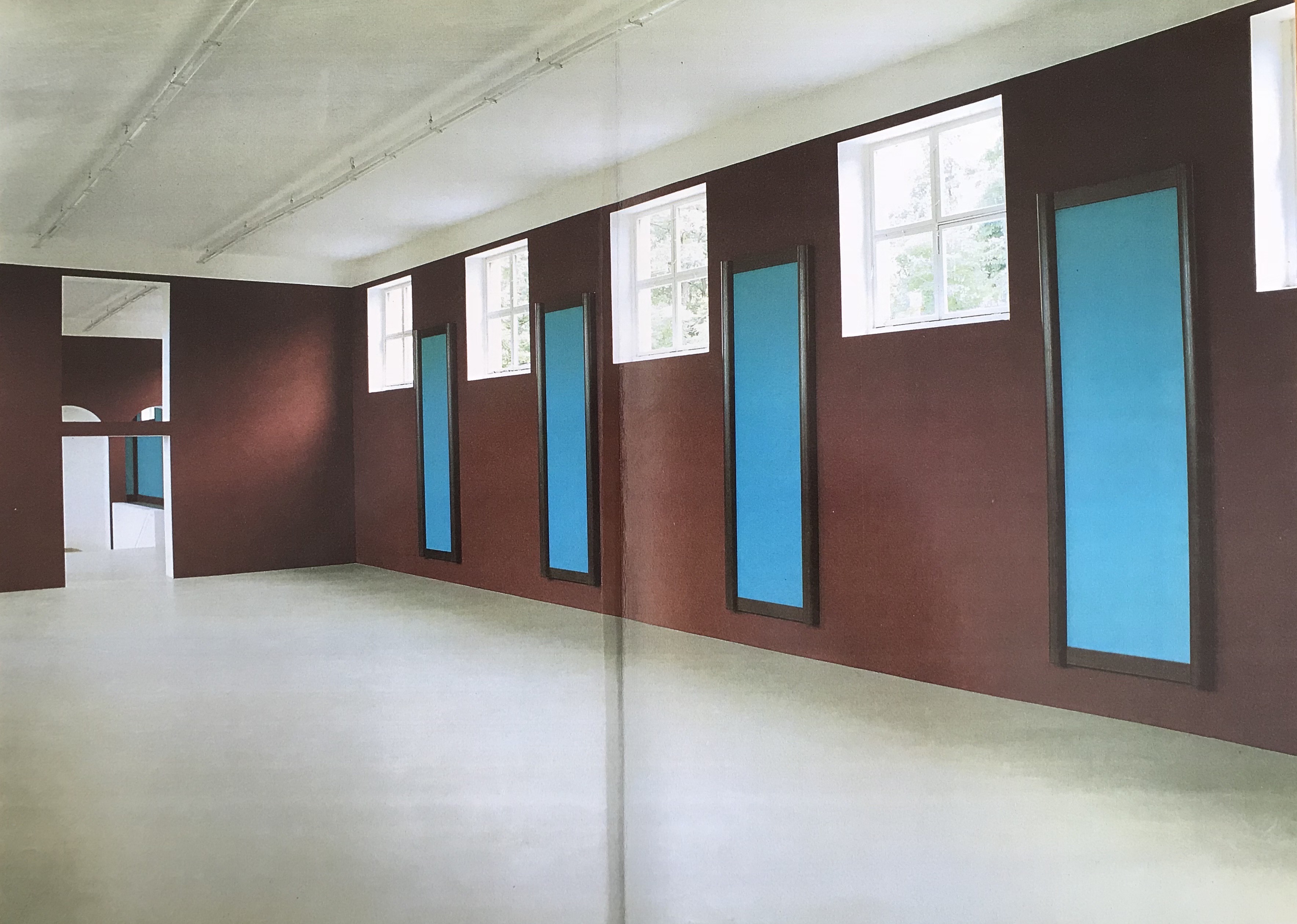 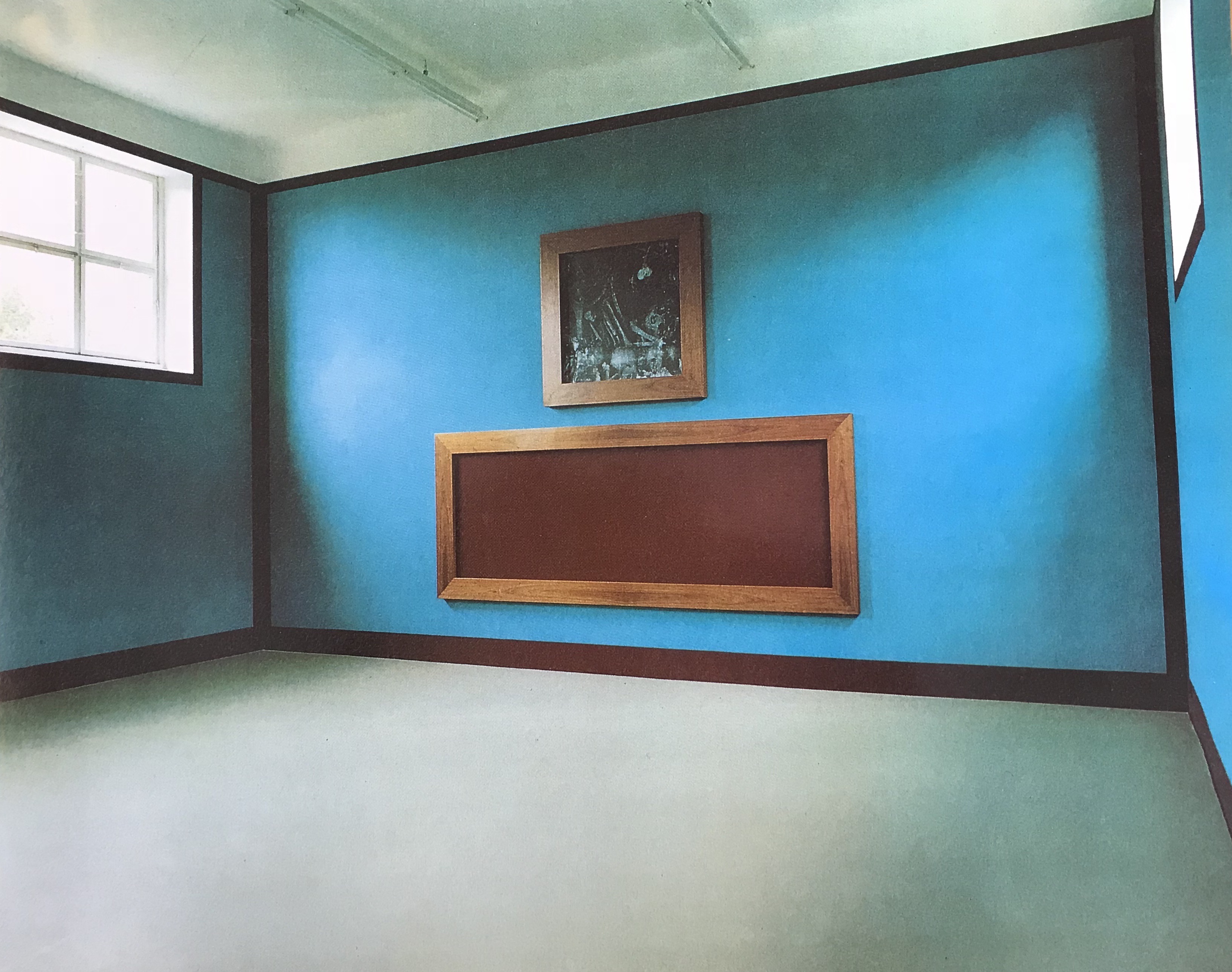