"In May/June 1971, the Kunstverein München showed an exhibition entitled 'Arte Povera - 13 Italian Artists - Documentation and New Works', which presented 13 Italian artists who were hardly known in Germany at the time. [...]
The exhibition documented the new art from Italy that had developed in the second half of the 1960s and which, apostrophised as Arte povera, became increasingly important for the international art discourse after 1969. In the rooms of the Kunstverein am Hofgarten, it was possible for the first time in Germany to get a coherent picture of a tendency within Italian art, the contours of which had already been perceived in isolated cases, but the scope of which had previously been difficult to assess."
(Arte Povera and 20 Years After, Kunstverein München e.V.)

"Poor' art does not see itself as a contribution to eternity, but as a selective component of the present, to which it contrasts the emphatically non-effortful, the astonishingly simple. These artists manifest themselves and their relationship to time, to materials and their forgotten individuality in a strong self-reference. This art is poor in expenditure, but not poor in romantic renunciation of the world; it is even more in touch with nature than it might seem at first glance, because for all its barrenness it also lives from a compassionate love of inanimate things. [...]
One should be amazed by the arte povera exhibition. Not because what is shown is so amazingly new, or because such a disregarded exhibition space takes your breath away. But perhaps because one can feel all at once that the safe ground on which one moves as a matter of course has been gone for some time. The monkishly consistent attitude of these artists, their unambiguous, uncompromising renunciation of the supposed abundance of art and life, their lived protest, which at the same time signifies a new elemental turn to simple things, makes this exhibition so touchingly old-fashioned and so startlingly aggressive at the same time. Arte povera is a lived alternative full of freedom to change constantly."
(Süddeutsche Zeitung, June 1971) 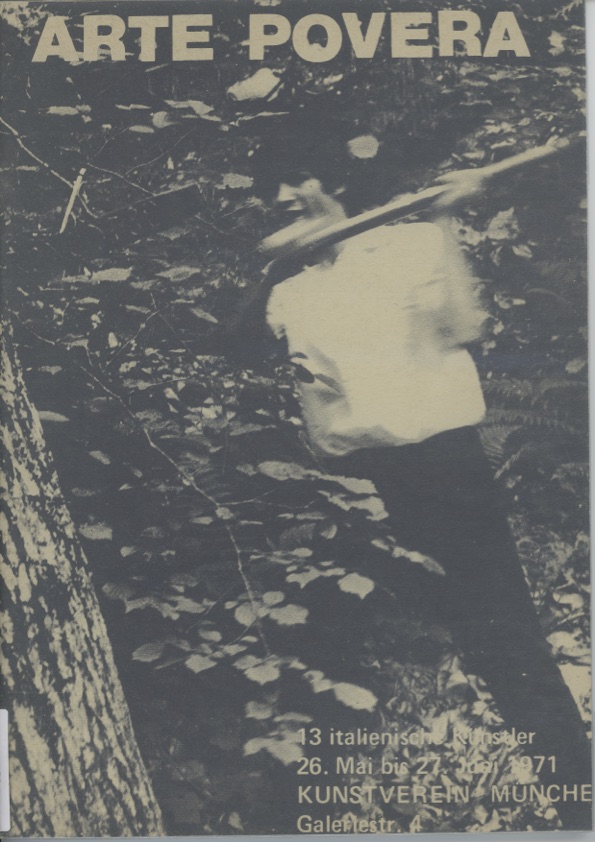 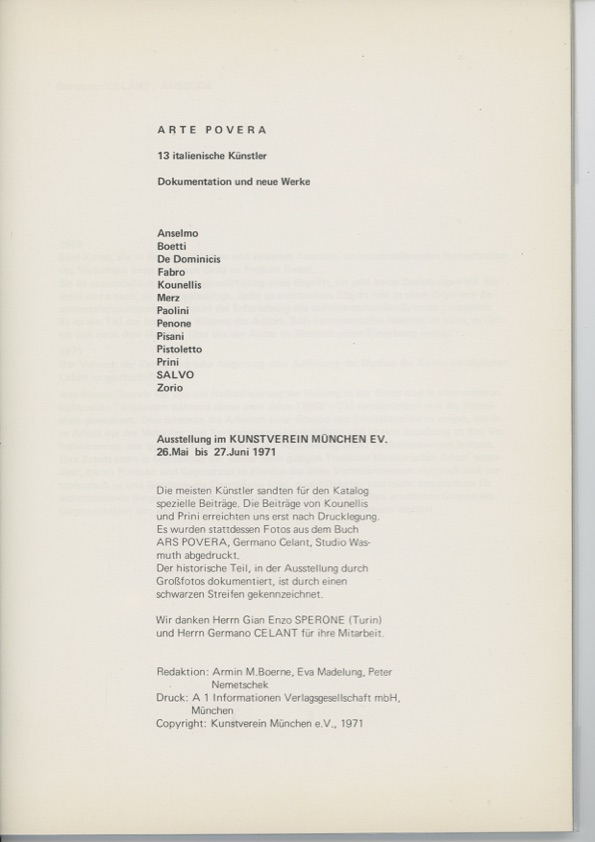 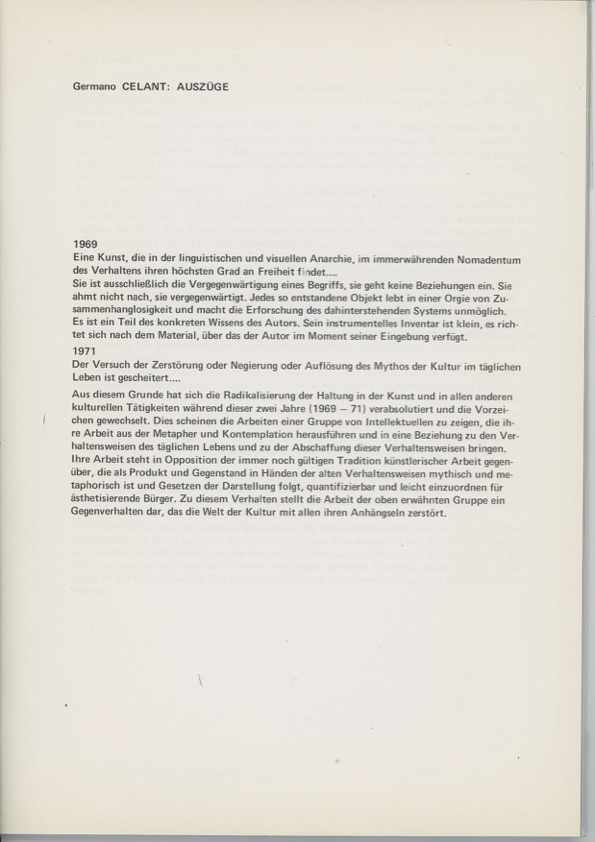 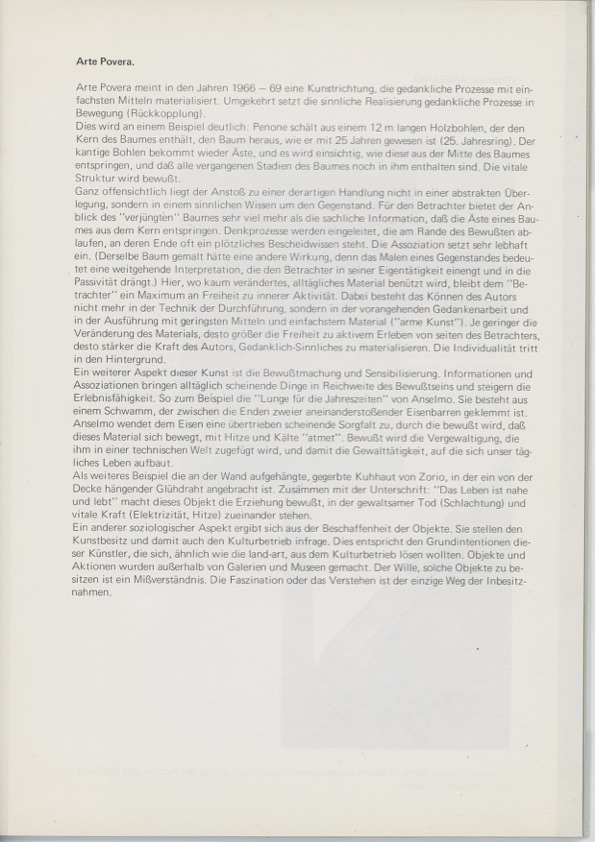 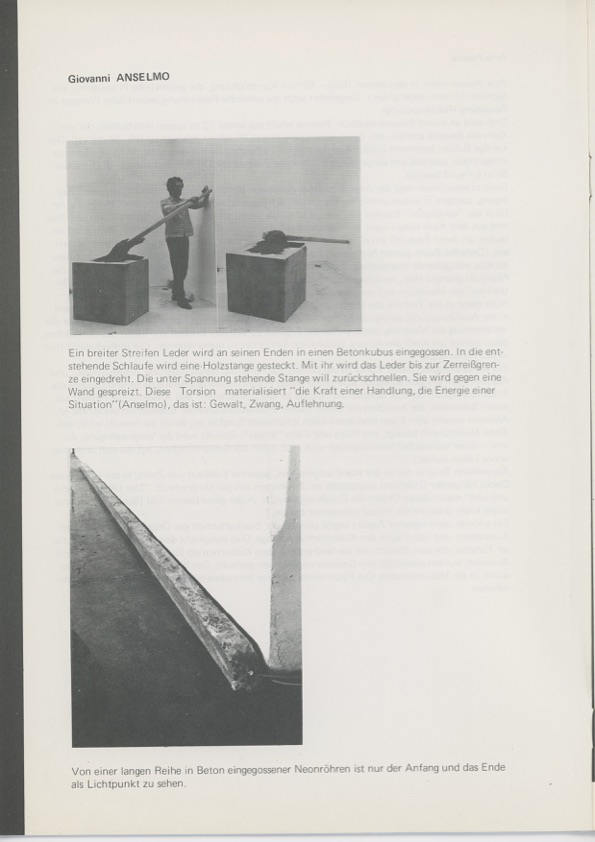 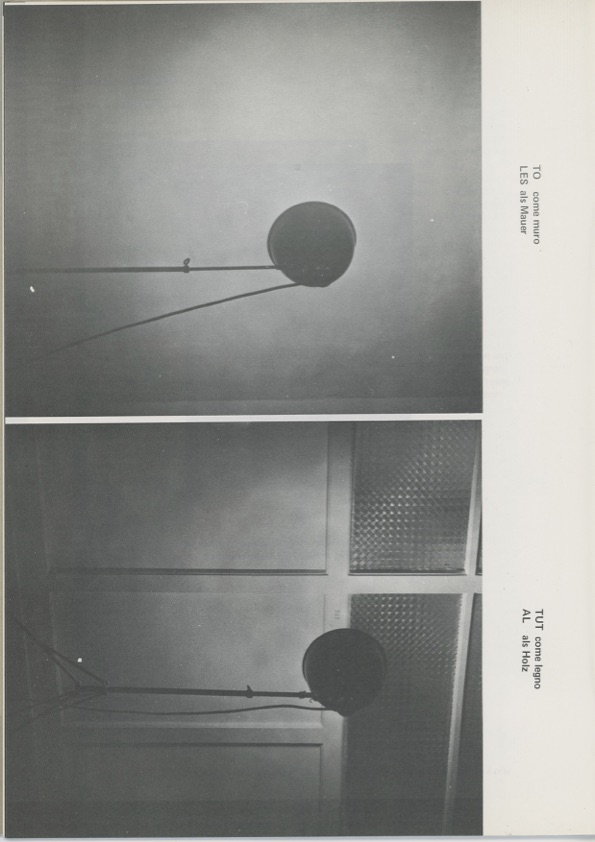 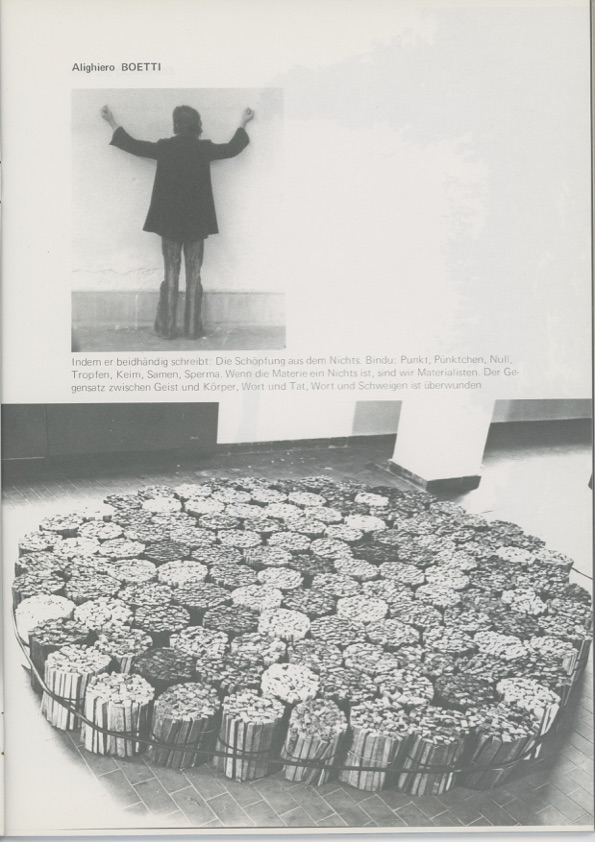 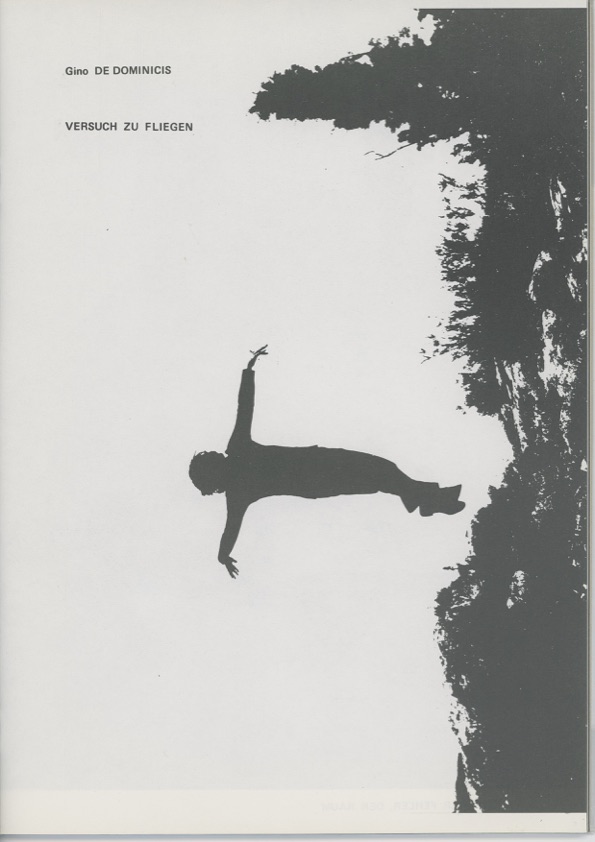 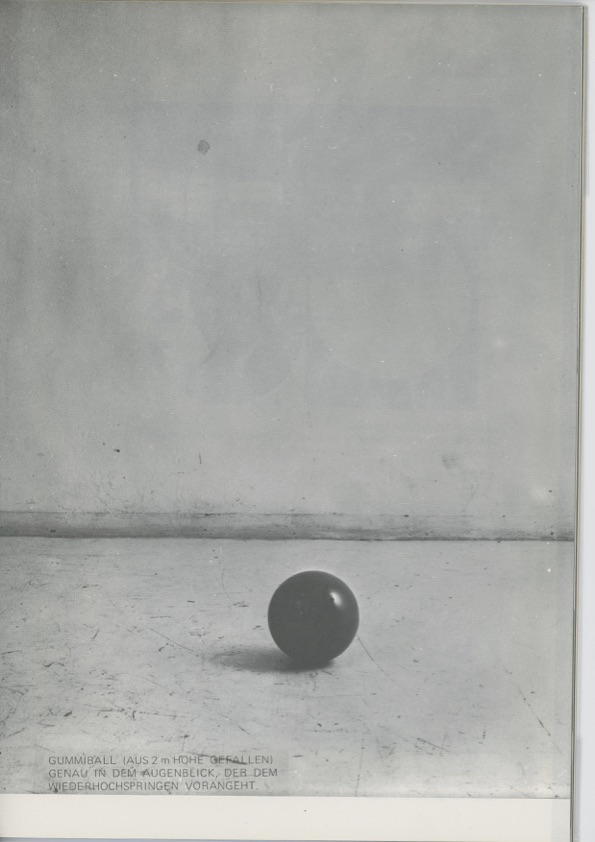 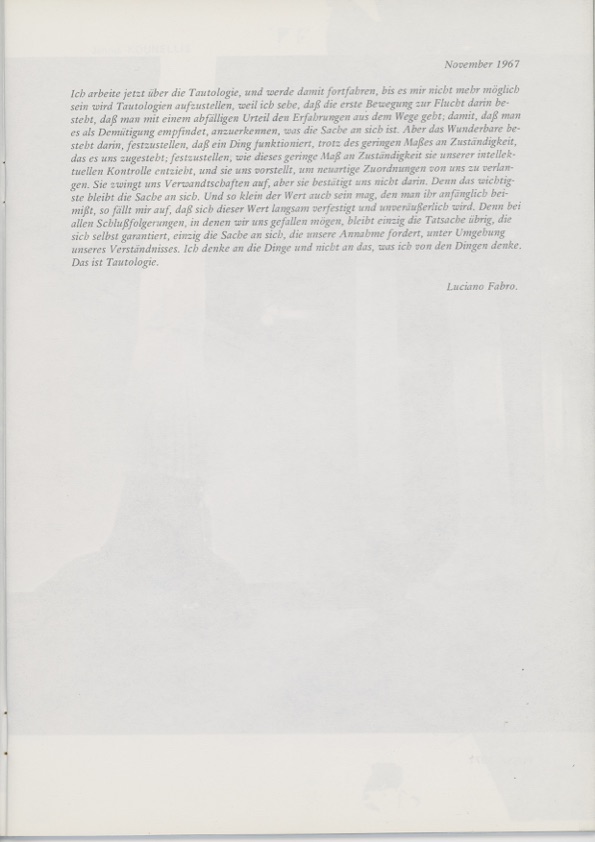 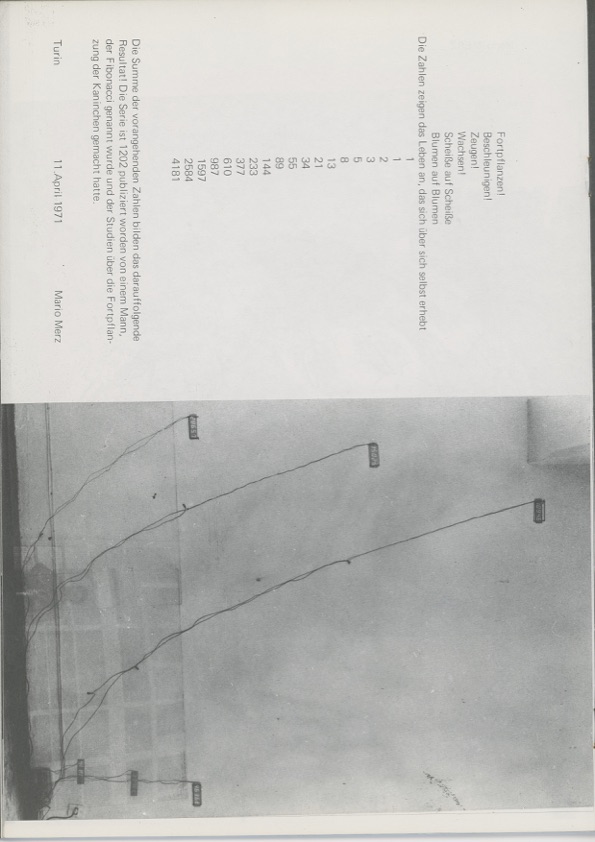 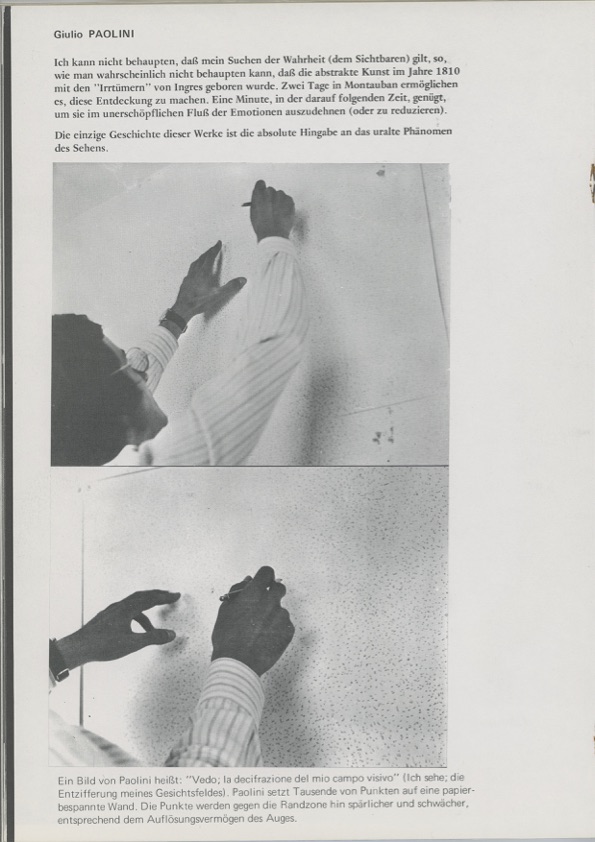 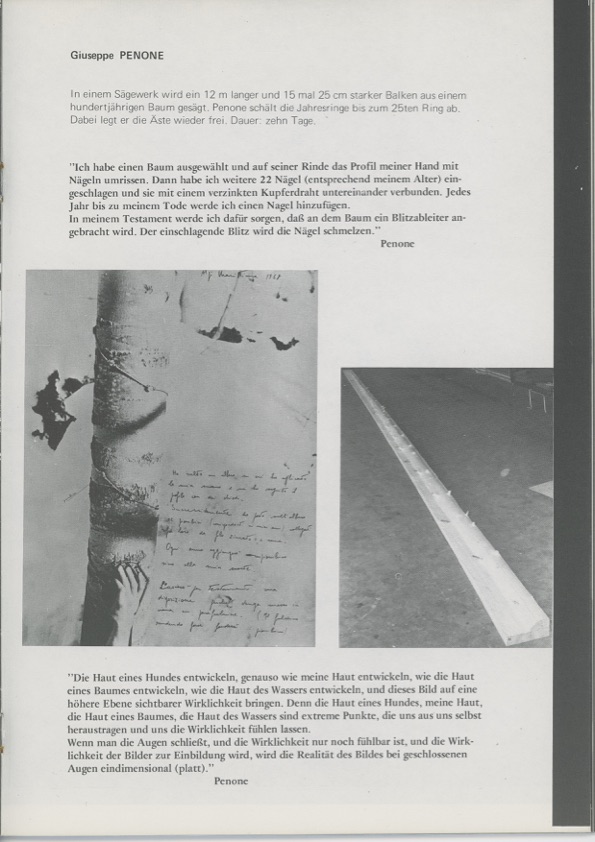 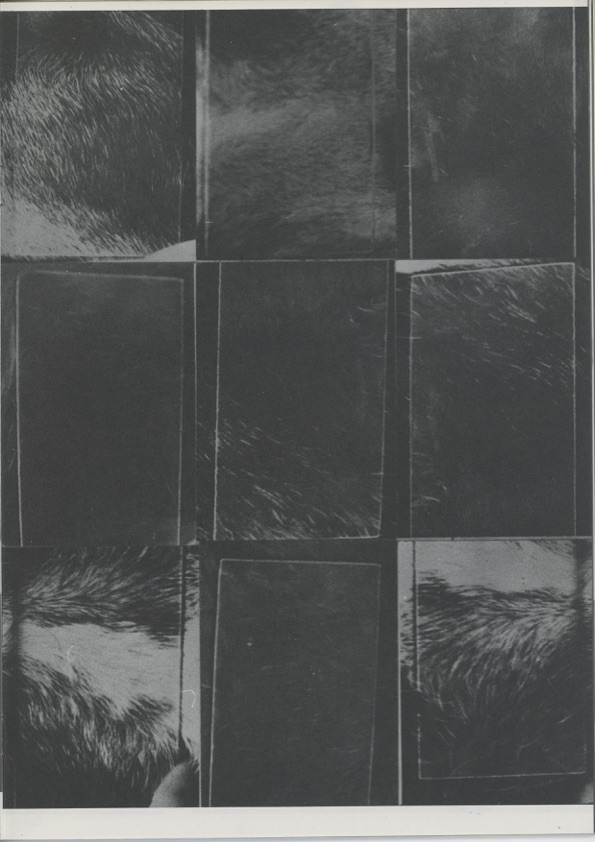 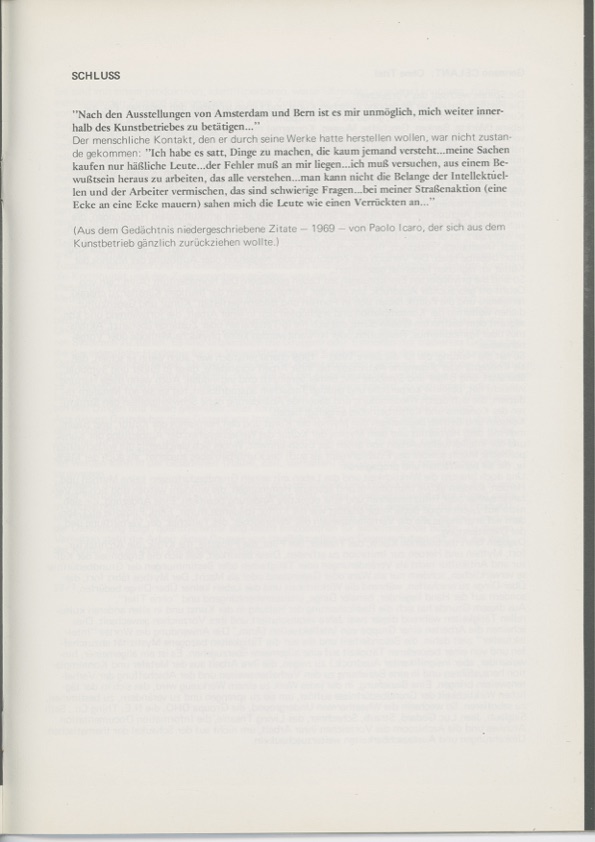 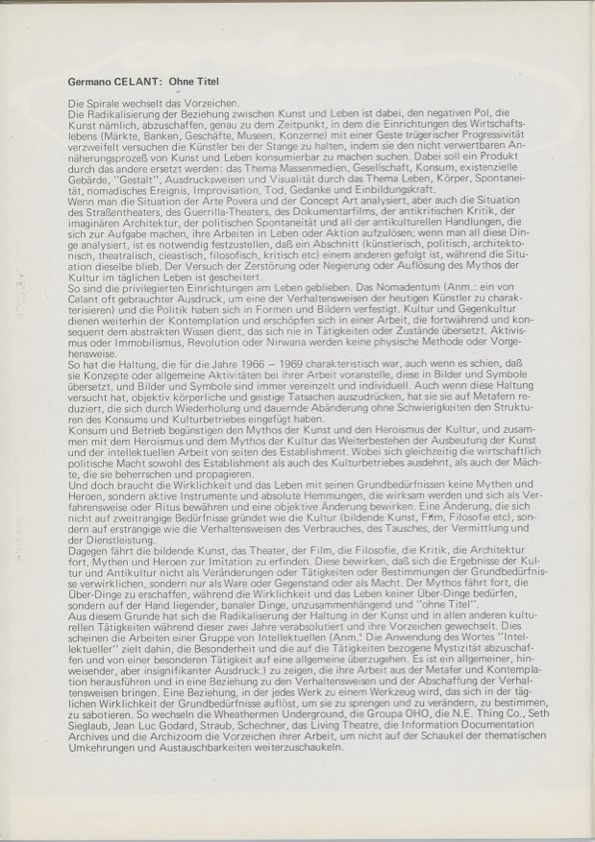 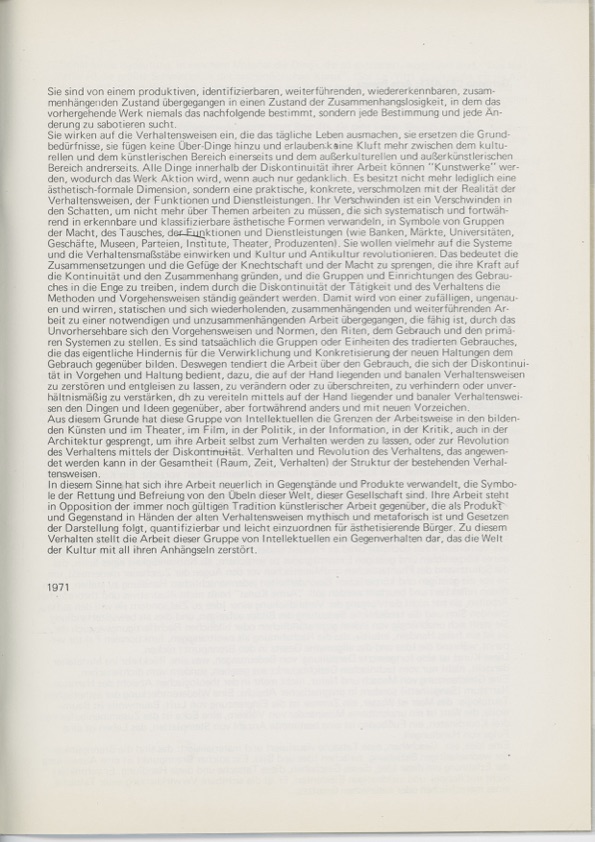 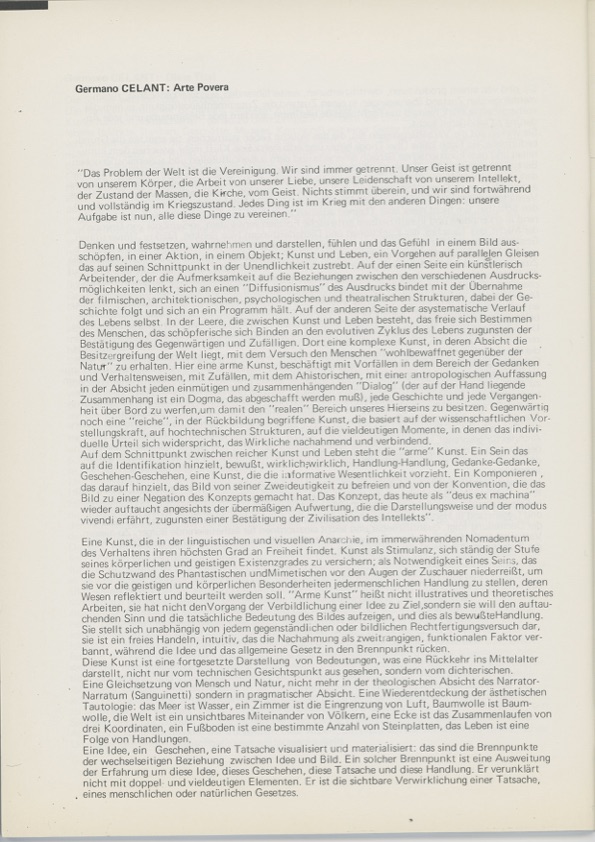 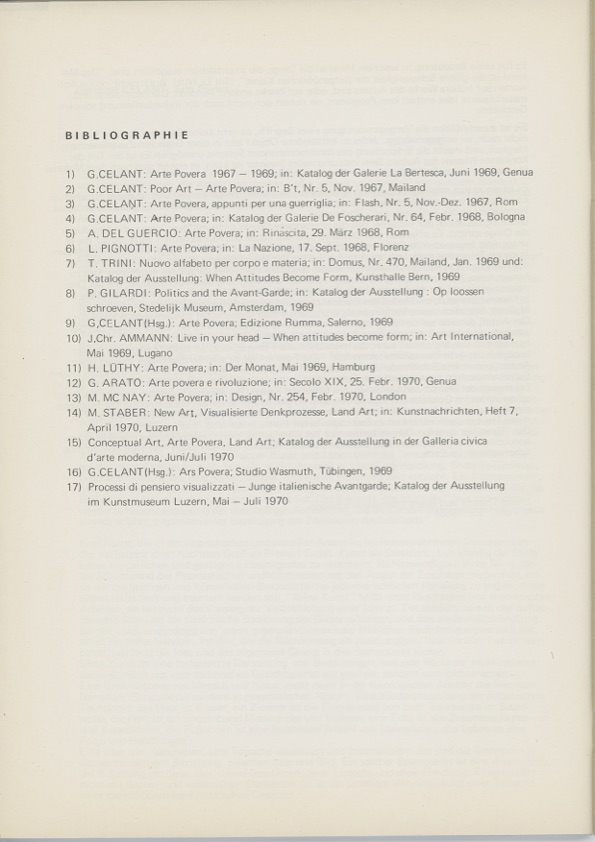 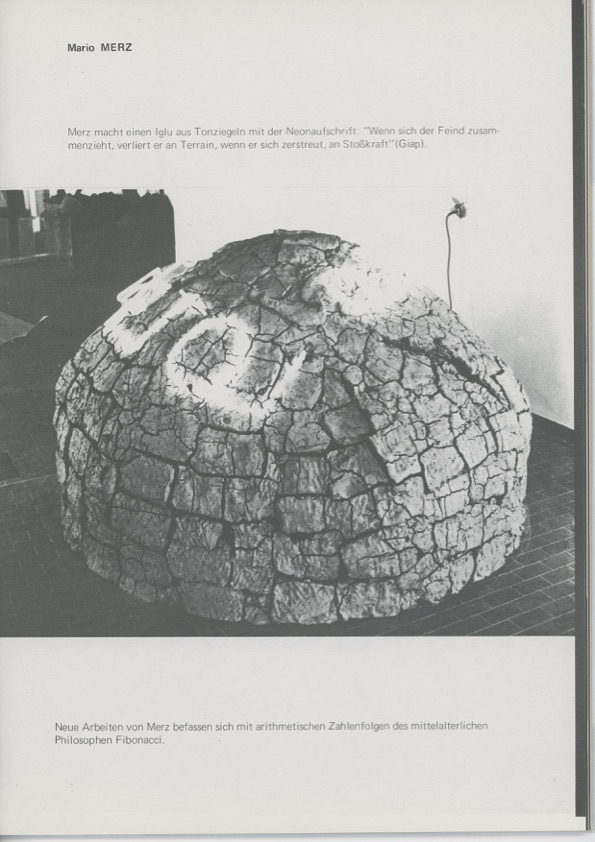