Her most recent comic seemingly depicts Amelie von Wulffen's own life. It stands in for a parody of the contemporary, female, mid-career artist. The different chapters of the comic show humorous as well as macabre glimpses of frustration, fear, insecurity, and jealousy, offering a psychological tour de force through the life of an artist working today. Seemingly banal worries such as no one turning up to her exhibition opening, the young generation not appreciating her work, having a poor internet presence, or being seated at the wrong table during dinner, are realities that seem to have an entirely different weight in the art world than anywhere else.
This publication is published on the occasion of the exhibitions Amelie von Wulffen – Am kühlen Tisch at Portikus, 30 November 2013 to 02 February 2014, and La voix humaine at Kunstverein München, 25 January to 16 March 2014. 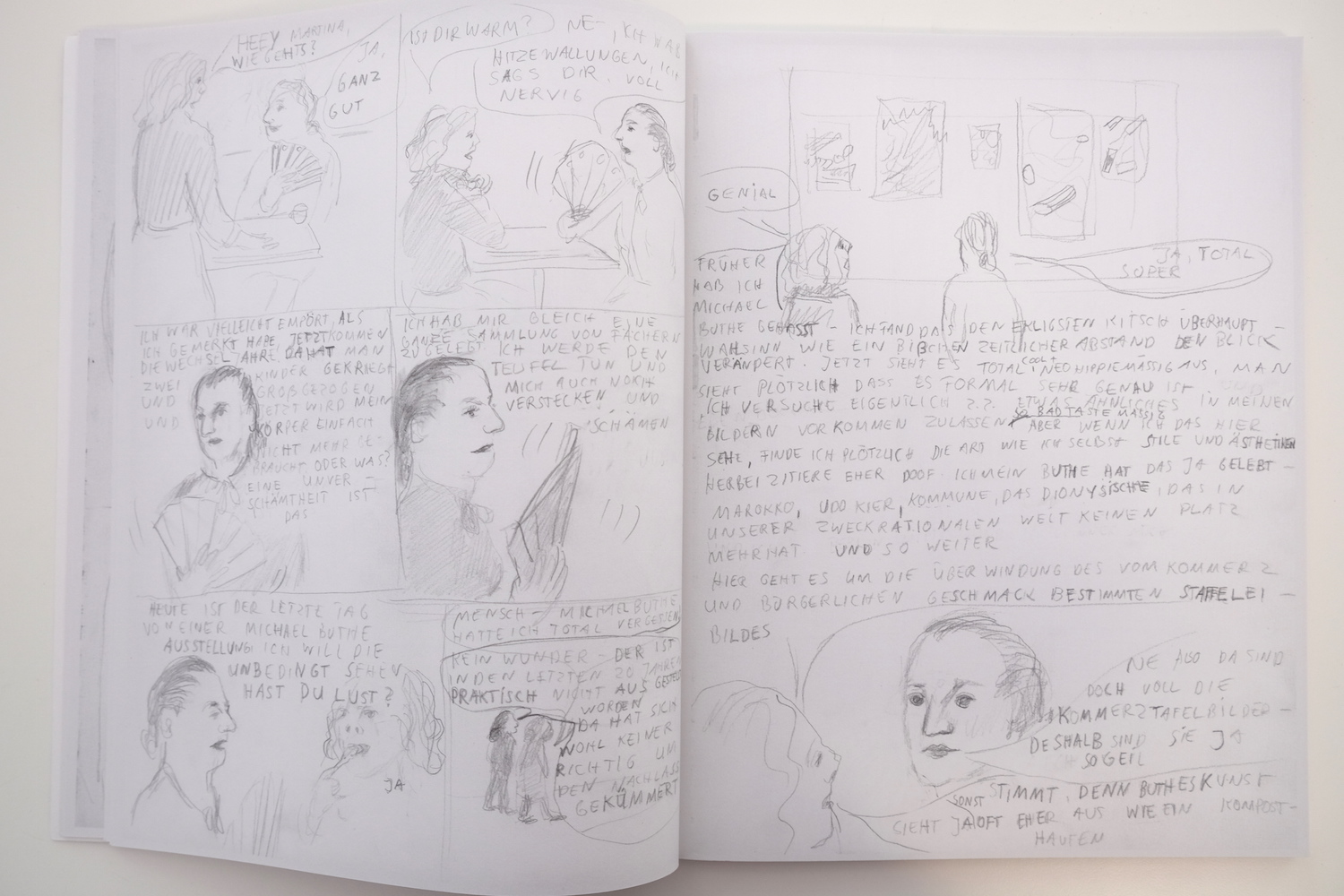 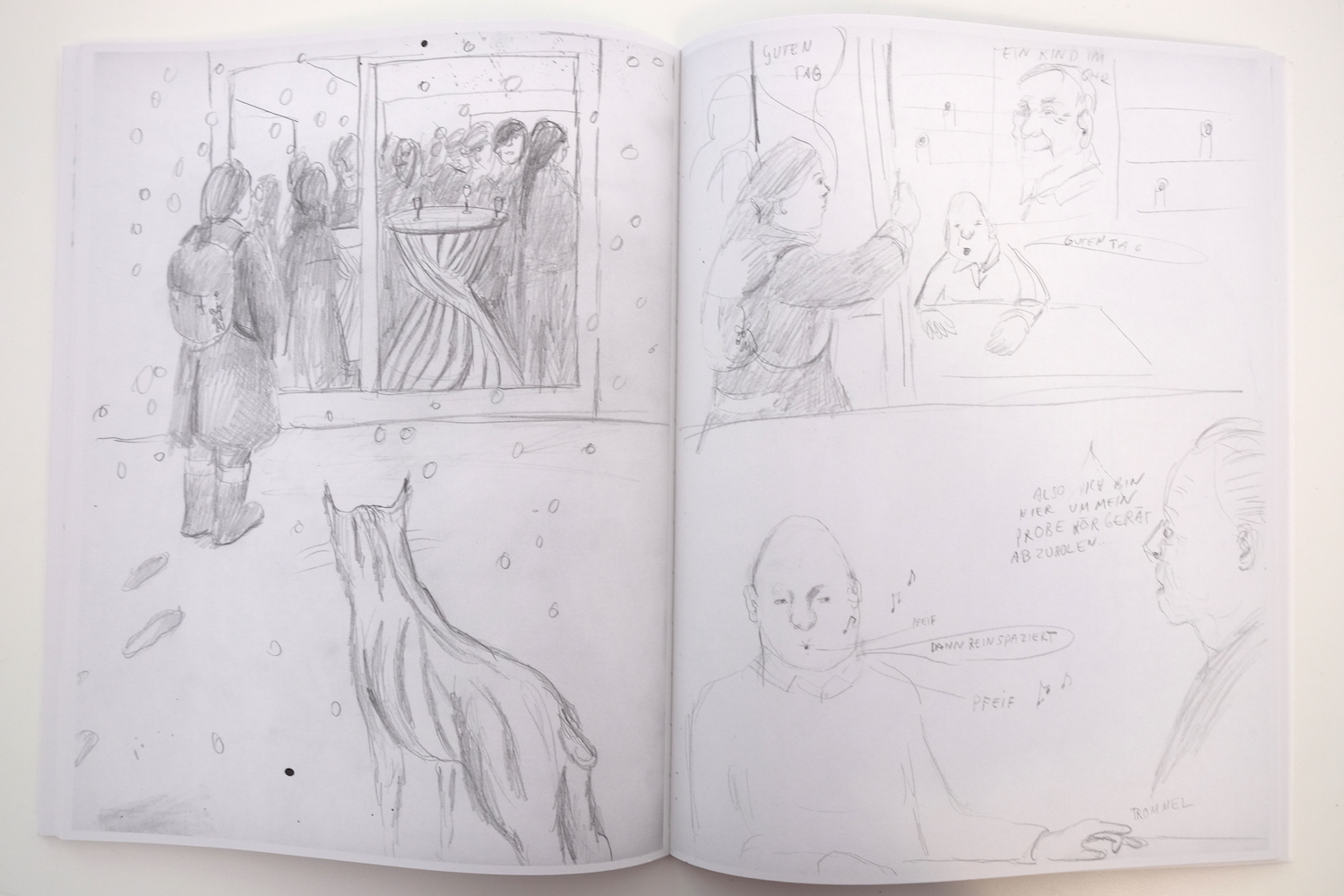 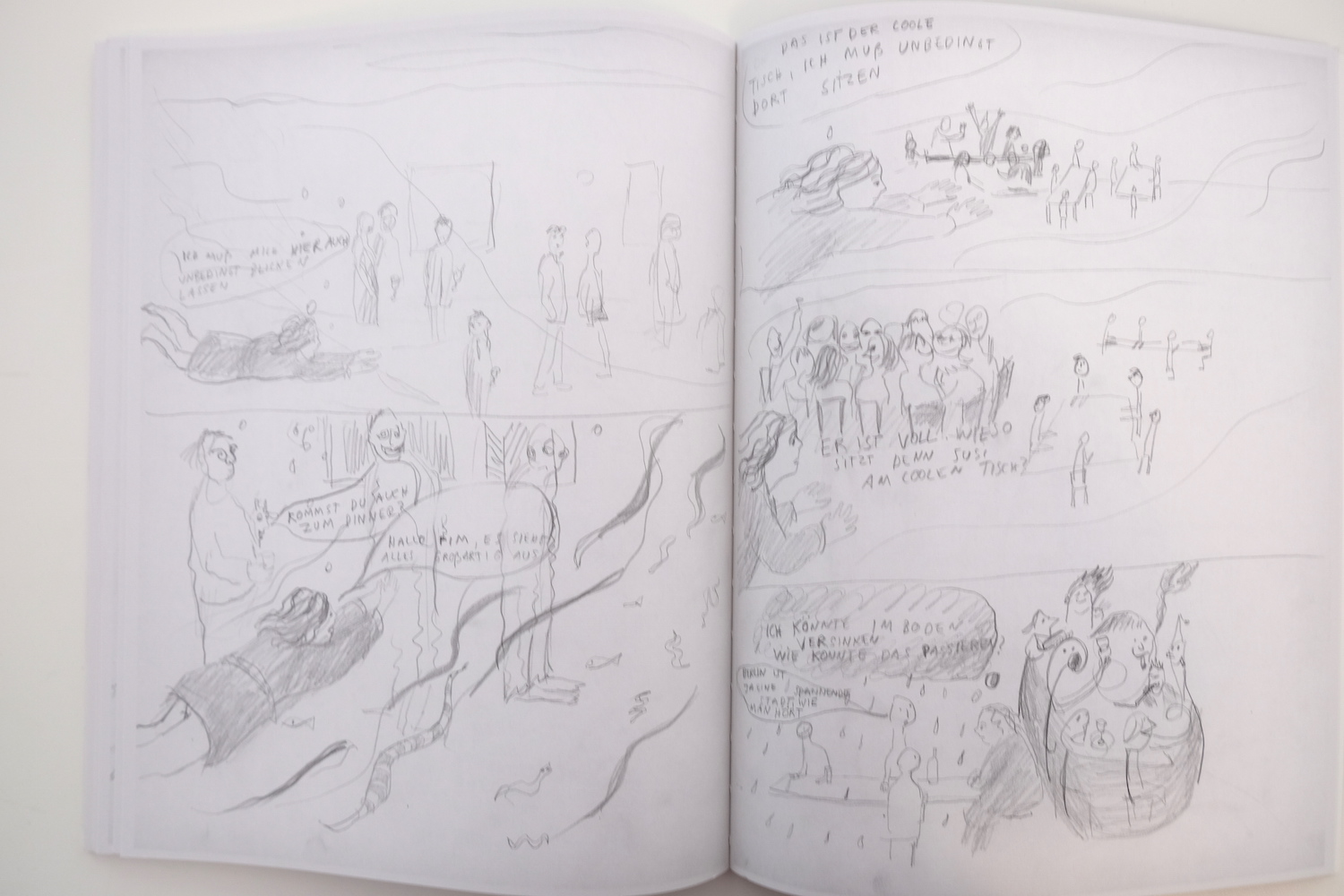 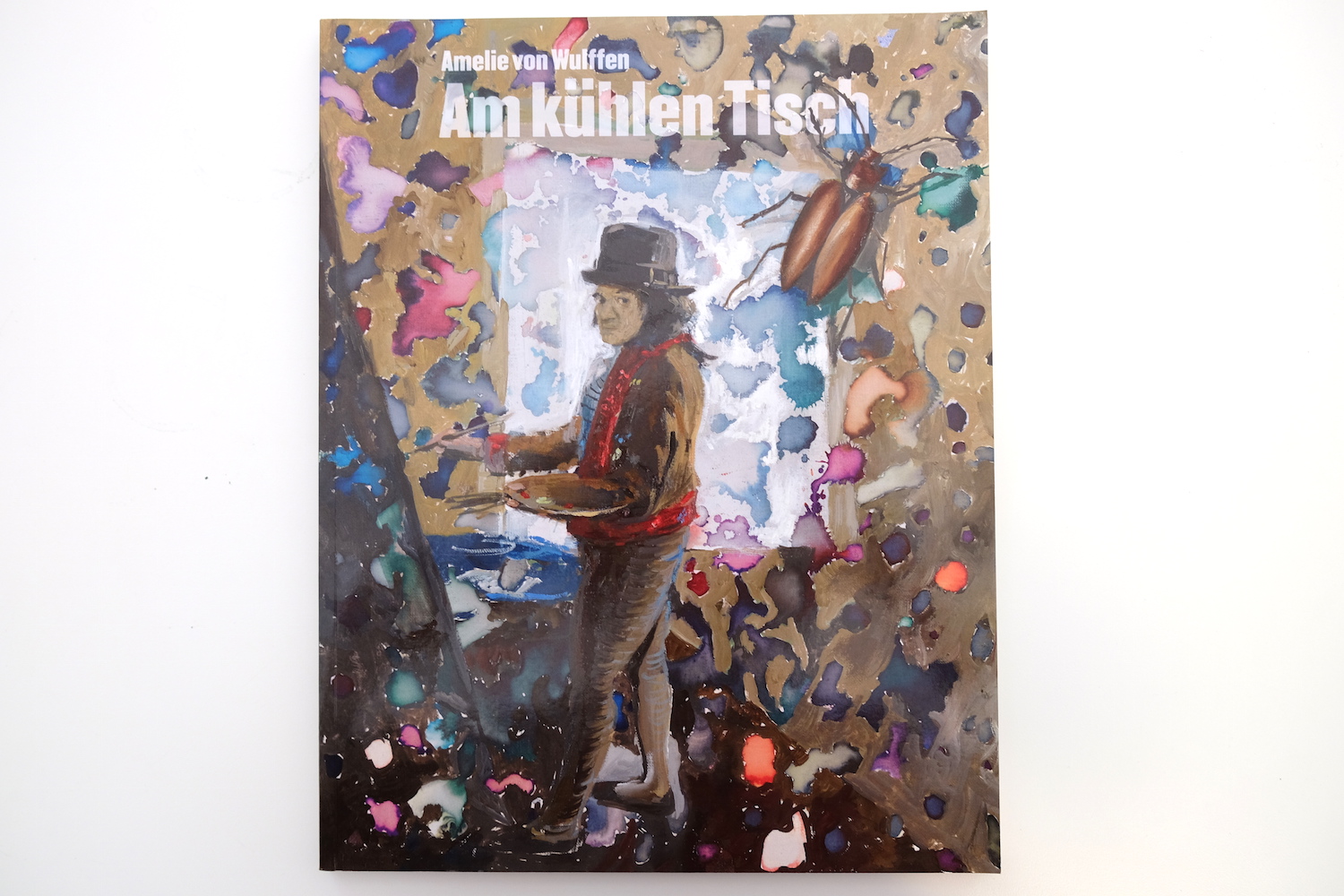 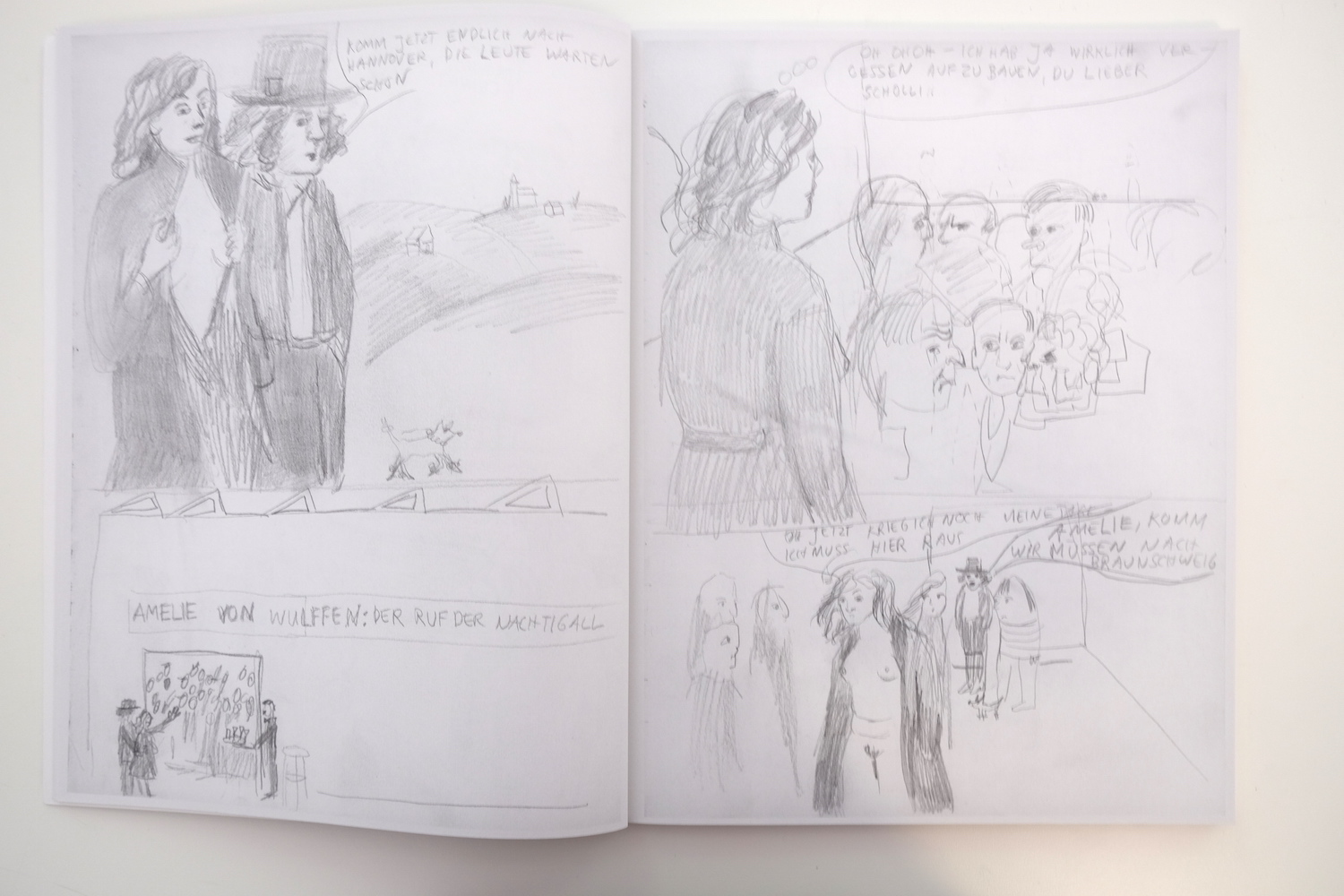