In the lead-up to Kunstverein München’s bicentenary in 2023, the institution hosts three iterations of a Summer School entitled The Stories We Tell Ourselves, which explores alternative forms of collective knowledge production and negotiates the concept of an institution intended for the public. The format began in 2021; this year marks the second iteration. The Summer School takes place in the exhibition spaces and the urban surroundings of the Kunstverein, thereby allowing for the simultaneous presence of various approaches in the same place. Participants are invited to work together with guest lecturers and the curatorial team on four topics—Architecture, City and Archive, Exhibition History, and Publishing—within the context of the institution’s archive.

During the day, the four groups will engage with communal learning processes that include speculative re-formulations of the institution as well as field research in the social and cultural context of Munich. In the evenings, further approaches and questions will be presented by each group and discussed in (semi-)public formats such as lectures, discussion rounds, and screenings. Together, we will consider which temporalities and politics such a non-conventional format of knowledge production is subject to, but also which it can challenge. This will be approached in four working groups:

As an institution for collective negotiation of contemporary art, Kunstverein München takes on an important role in moderating heterogeneous interest groups. The resulting spatial requirements will be discussed and further developed in this working group. Despite its central location in the Hofgarten arcades, the institution is hardly noticeable from its immediate surroundings. For this reason, the core problems of visibility and accessibility will be renegotiated. By means of morphological investigations (model construction, collages, 1:1 simulation) the material structure of the Kunstverein and its urban context will be put into a new perspective, whereby speculative-utopian, artistic, and architectural interventions can be both rethought and tested. The typically unimposing but nevertheless significant structural changes of the reconstruction after 1945 in Munich offer a first indication to the future negotiability of its substance.

As a phenomenon of the recent past, today, the term “counter-public” raises several questions. How has the organization of counter-public initiatives changed? How did these critical knowledge and work formats shape cultural institutions? Is the notion of “counter” still productive at all, or how should we formulate it in the present? The working group will look at historical events and exhibitions at the Kunstverein as well as the political and cultural history of Munich in order to develop a field of research around the phenomenon of the “counter-public.” In doing so, the collective working process should also be understood as the production thereof. In addition to commonly reading and collecting texts, excursions and discussions will take place.

The working group will focus on the art institution in general, and the Kunstverein in particular, as a site for feminist intervention. Considering key debates and case studies, we will examine the conflictual relationship between institutions, archives, and feminist thought, the ways in which feminism has been represented through exhibition-making as well as experimental and disruptive tactics. Together, we will discuss exemplary exhibitions, collectively read texts, and develop a set of proposals for the Kunstverein which help us to think through what kind of art infrastructures and curatorial strategies are required to support feminist struggle in the 21st century.

What does it mean in the broader sense of the term “to publish” or “to make something public” to think about the structures in which an institution and its actors communicate? Based on current and previous Kunstverein München media ranging from print (publications, booklets, press releases, leaflets, etc.) to digital (website, newsletter, radio, etc.), we dedicate ourselves to the question of form, urgency, and addressee. Working together, the aim will be to design other speculative formats in which content is produced and circulated. In addition, the question of how this content is made accessible to new publics, speaking to them and in turn closing itself off to others, will be investigated.


The project is funded by the German Federal Cultural Foundation and the Bayerische Architektenkammer. 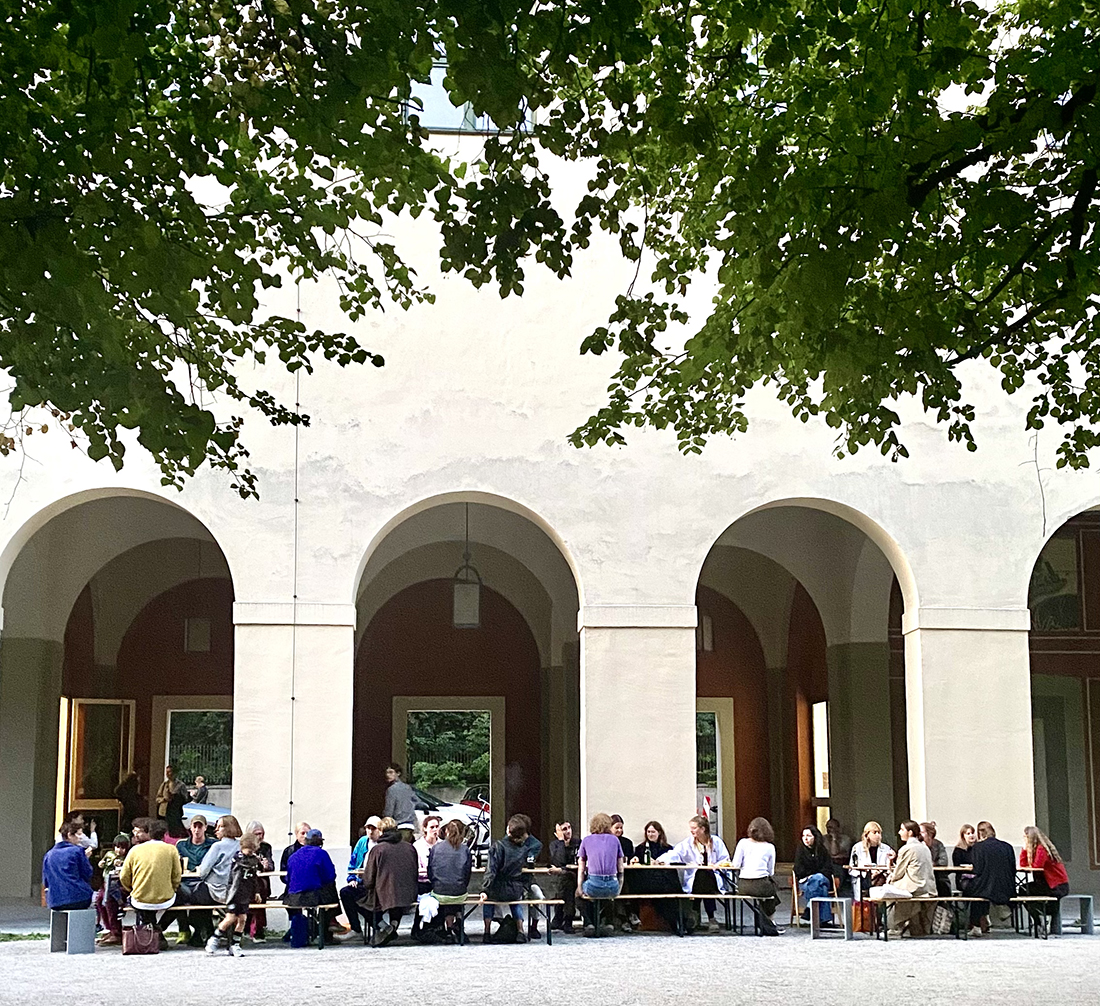