Temperatures is a cooperative year-long program of events including talks, readings, concerts, and performances expanding the digital space within the existing infrastructures of the three institutions.

Over the past 12 months, the Bonner Kunstverein, Kunstverein Nürnberg, and Kunstverein München have been gathering virtually. A recurring question has been how the Kunstverein as a collective structure, emerging from a self-organized impulse, can produce a meaningful space at a time when many of the assumptions of publicness, autonomy and care have been undergoing profound transformation and strain.

Temperatures takes this space of questioning and reflection as a point of departure for a one year programme of online events. Bringing together artists, thinkers, activists and contributors whose voices we are interested in engaging at this moment in time, this series seeks to use, and at times also subvert, the space that the digital platform offers. The perspectives will shift in scale from the systemic and infrastructural, to the subterranean and personal, reflecting upon an extraordinary and difficult moment, whilst also looping back to that deceptively simple question of how we might think and desire beyond the question of a simple “return” to normality.


Temperatures I
Samo Tomšič: Der Wachstumszwang (held in German)
February 23, 7pm
The philosopher Samo Tomšič reflects on the title of this collaboration, exploring its multiple layers and references. His talk will move from temperature as a unit expressing climatic conditions, representing substances in balance or indicating extremes to it serving as a metaphor for subjective and political emotions and their tipping points.

Temperatures II
Quinn Latimer: They’re Only Walls, Hush (held in English)
March 31, 7pm
The U.S. American writer Quinn Latimer will do a reading. Her work often explores feminist economies of writing, reading, and moving-image production. Latimer’s reading, They’re Only Walls, Hush, centers around two texts that both use repetition and the refrain as modes to consider the voice as well as gender and class as a complicit actor in the making and performing of language.

Temperatures IV
Madeleine Bernstorff: Uncertainty (held in German)
May 25, 7pm
Madeleine Bernstorff recounts on a moment of uncertainty: the sense of being “right in the middle and part of the pushing and shoving.” She presents a documentary film work bout the deconstruction of the border facilities at Berlin’s railway station Friedrichstraße in the summer of 1990. In its stubborn West-East collective collaboration it constitutes an intertwined, multi-perspective memory that, in its artistic and feminist conception, exposes the impact that still entails the clash of two societies, the dissolution of a social system.

Temperatures V
Cecilia Pavón: My own Temporary Autonomous Zone (held in English)
June 29, 7pm
Cecilia Pavón will be reading a selection from her recent collection of short stories Little Joys published by semiotext(e) in 2021. Pavón’s narratives move between Berlin and Buenos Aires from the 1990s onwards where they set the pleasures of every-day life against the sneaking anxiety of economic crisis. The characters in Little Joys often live in and around art—they happen to be artists, writers, thinkers, and curators—yet Pavón writes about their existence “unpoetically.” Seemingly mundane stories are recast by the complexity of the emotions of those that experience them, centring the intimate lives of Pavón’s figures against everything else.

Temperatures VI
Ana Teixeira Pinto: Dim to Dark (held in English)
October 26, 7pm
The event, Dim to Dark, takes the form of a lecture by cultural theorist and writer Ana Teixeira Pinto.
The aim of the presented talk is to remove the sublime, and adjacent aesthetic categories like the exotic or the grotesque, from their pristine post-Enlightenment lineage—a history of aesthetic ideas that purport to exist without any messy ground-level entanglements at sites of imperial extraction or expansion—and examine the disturbing conflation of embodied and encultured experience that the discourse of philosophical aesthetics engenders as an ideological process at work.

The project is funded by Neustart Kultur of the Federal Government Commissioner for Culture and the Media, issued by the Bundesverband Soziokultur e.V. 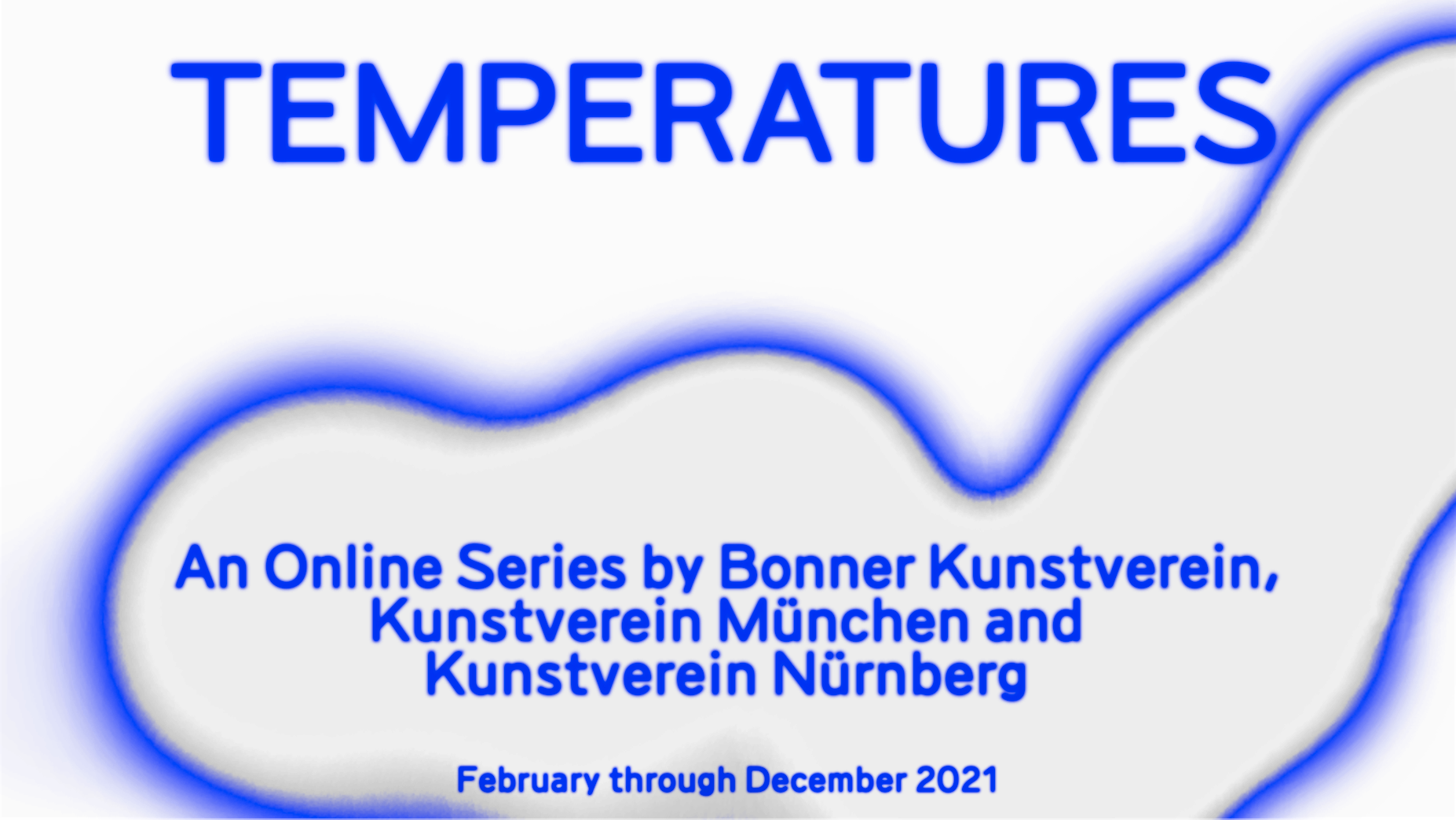