From 9 February until 31 March 2019, Kunstverein München presents See Through Golden Eye — an exhibition by Juha Pekka Matias Laakkonen in the Schaufenster am Hofgarten.

Juha Pekka Matias Laakkonen’s practice often involves the transformation of natural materials he seeks out and encounters: pine resin, melted on a fire of dried moose feces; hemp rope, measuring the distance between the exhibition space and the artist’s home, crocheted into a doormat; a tree, grafted onto another tree, surpassing the height of all neighboring trees; reindeer hide, fashioned into boots for undertaking the 5.3 million steps between Yakutsk and Helsinki. It always involves time.

For his exhibition in the Schaufenster, the artist scavenged for a recently-deceased bird he could meticulously deconstruct and reconstruct. Fortuitously, he found a ‘Goldeneye’, which in Finnish mythology, is said to have laid the egg that created the world. He took this sea duck and abstracted it, piece by piece, down to its constituent elements. Once treated, with the bird’s sinew and other perishable matter removed, the remains were spare. This aesthetically and structurally impacted its newly appointed corporality, albeit faithfully reconstructed. This also resulted in the immobilization of certain parts of the skeletal armature. To hold the head and neck together, for example, the artist ran strings through tiny holes already existing in the bones.

Those limitations and exigencies led the artist towards another way of reanimating the bird. During his searches, he reclaimed a piece of driftwood, which was then split and carved into two stilts. This provided the bird with extended legs, thereby conflating its past migrations with the ebb and flow of the sea. Meanwhile, he threaded the aforementioned holes with additional string, leading upwards to a control bar (a device puppeteers sometimes refer to, fittingly for this bird, as an ‘Airplane’). The result is a rather uncanny marionette – an amalgam at once organic and artificial. Placed behind the glass of the Schaufenster, the artist’s complex synthesis resonates further with the Hofgarten’s own highly constructed reorganization of nature. 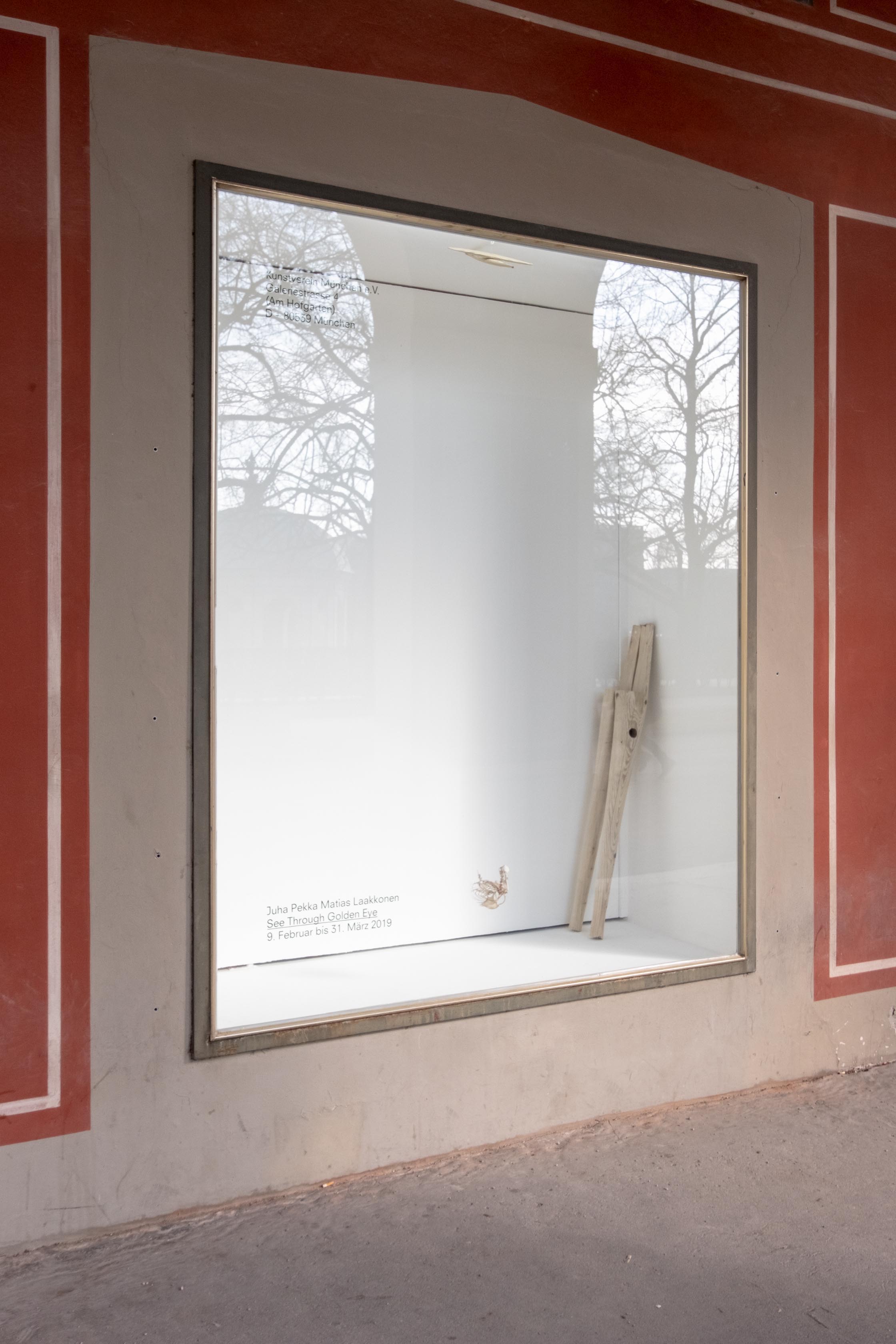 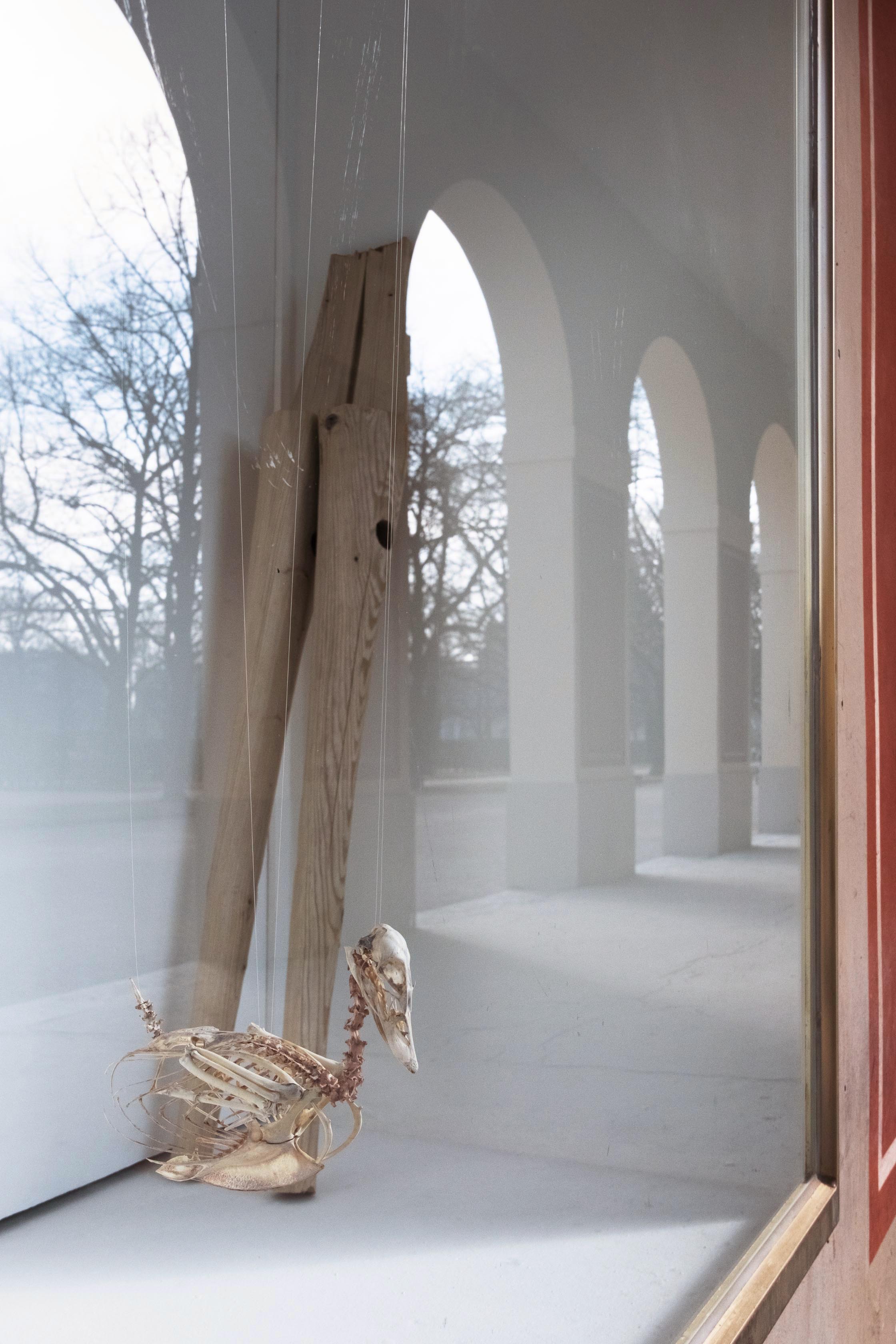 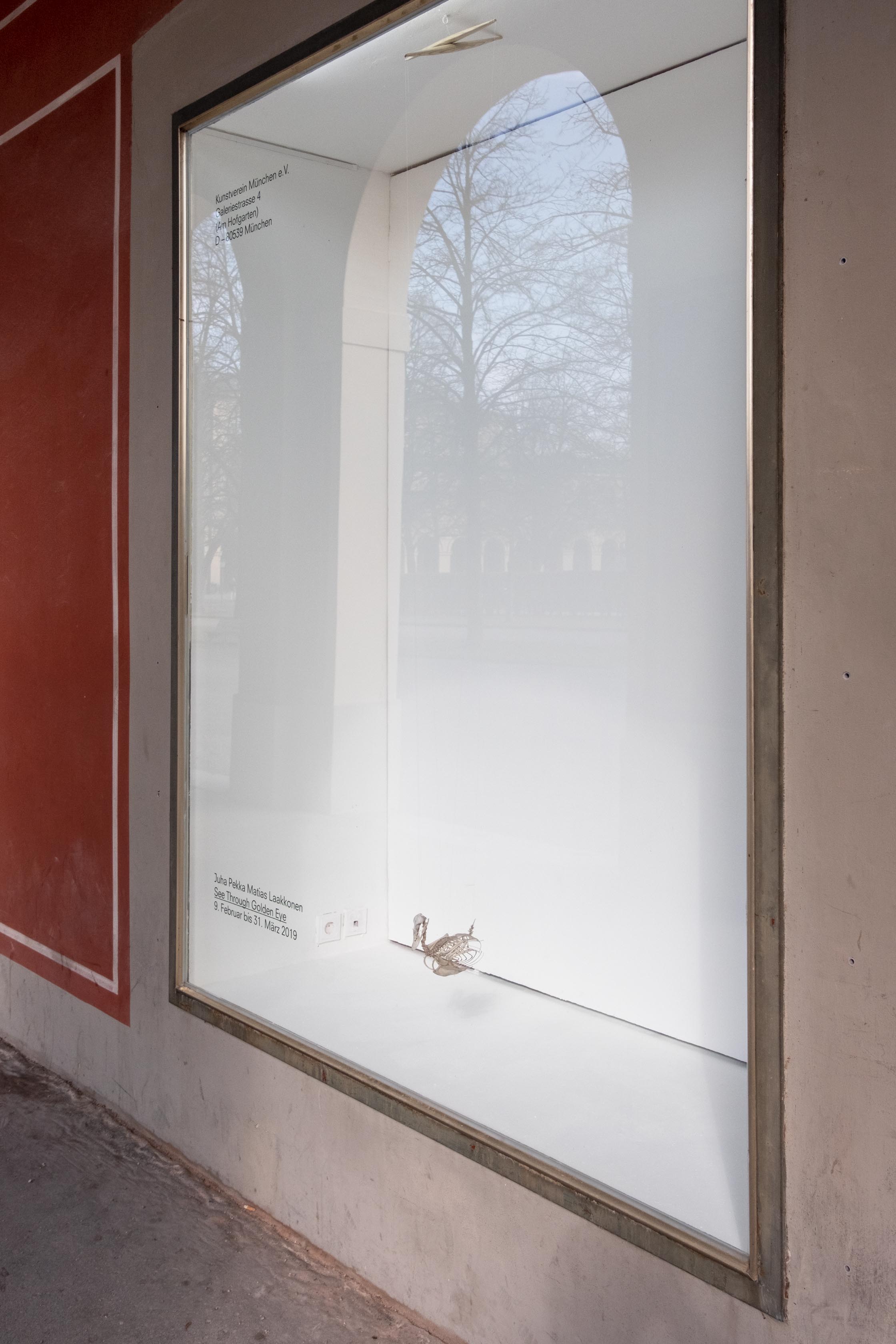