Johannes Schwartz processes images by subjecting them to a variety of formal procedures derived from each given concept or theme. This has resulted in diverse photographic series — from alarming Risograph prints of animal feed in a Moscow zoo (Tiergarten, 2014) to alluring c-prints of trophies, intended as monuments for specific historic cities (Golan, Maginot, Nagasaki, Saigon, Sarajevo, Stalingrad, 2001).

Since 2003, Schwartz has worked with graphic designers Experimental Jetset to produce an ongoing succession of publications called HIGH SERIES. Each of the 12 issues they’ve produced together was published in conjunction with an exhibition of Schwartz’s photographic work, yet the publications do not catalogue the exhibitions. Instead, they extend and circulate their logics.

For Southampton, 1979, the production and distribution of a new issue of HIGH will constitute the exhibition itself, using the Schaufenster as a point of distribution, more than a site of display. Titled HIGH %, the new issue is centered on a 1979 photograph by Gerard Boom, which Schwartz purchased second-hand. The photograph depicts the words ’99% is shit’, spray painted on a wall in Southhampton, UK. The graffiti approximates ‘Sturgeon’s Law’ — American science fiction writer Theodore Sturgeon’s paradoxical defense of science fiction, in which he accepted the overwhelming failure of the genre but extended the indictment towards every other artistic form equally, thus negating the initial argument. 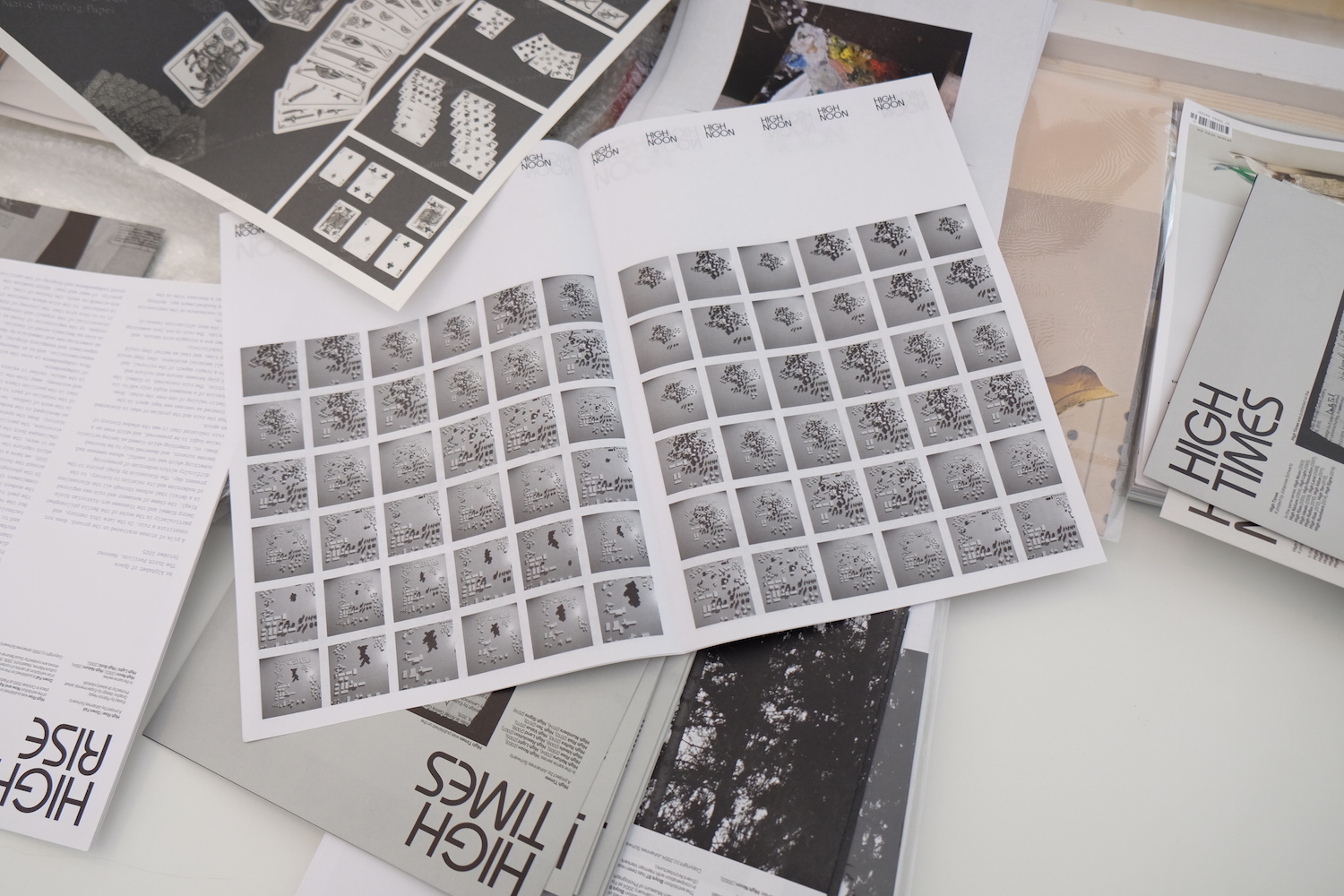 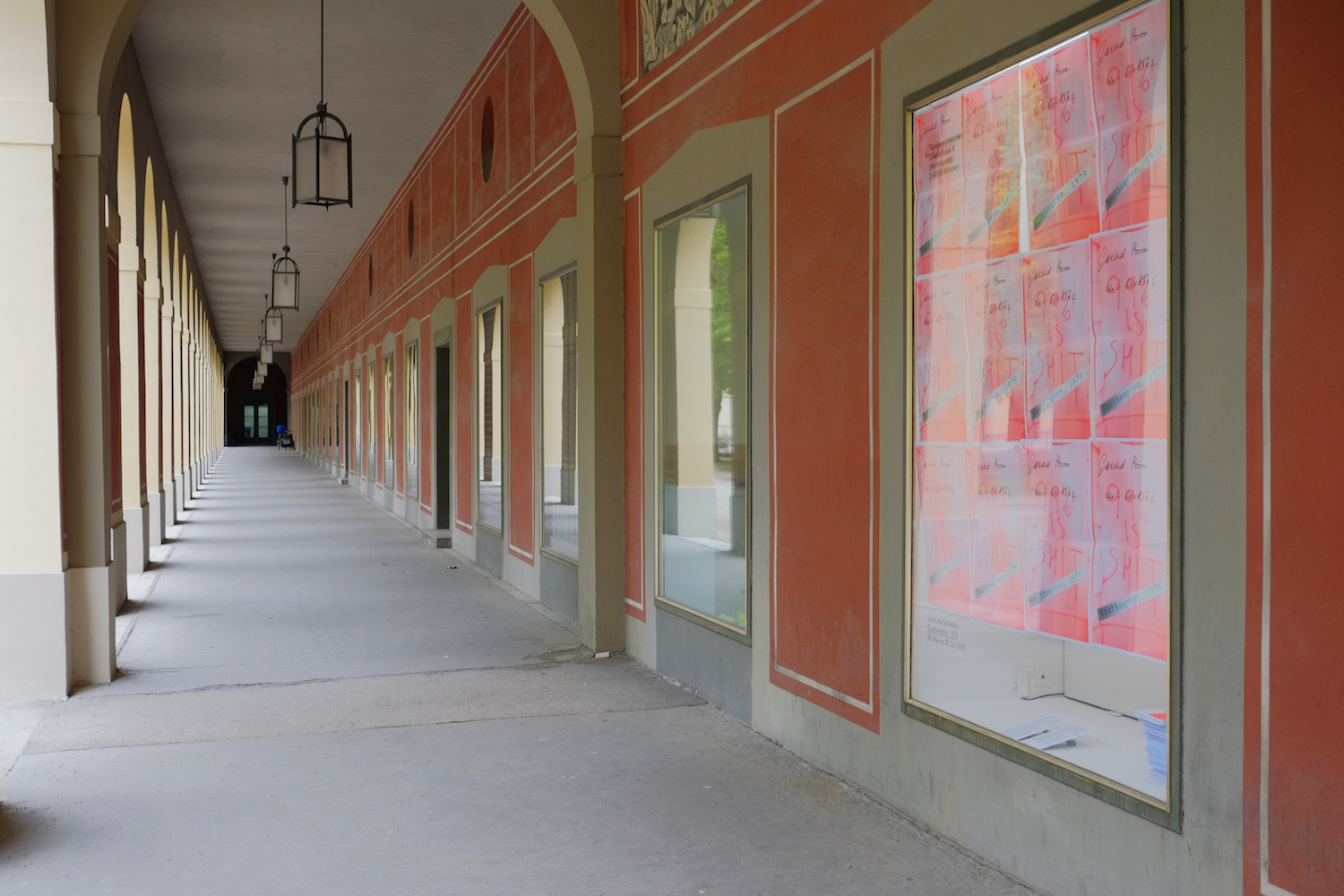 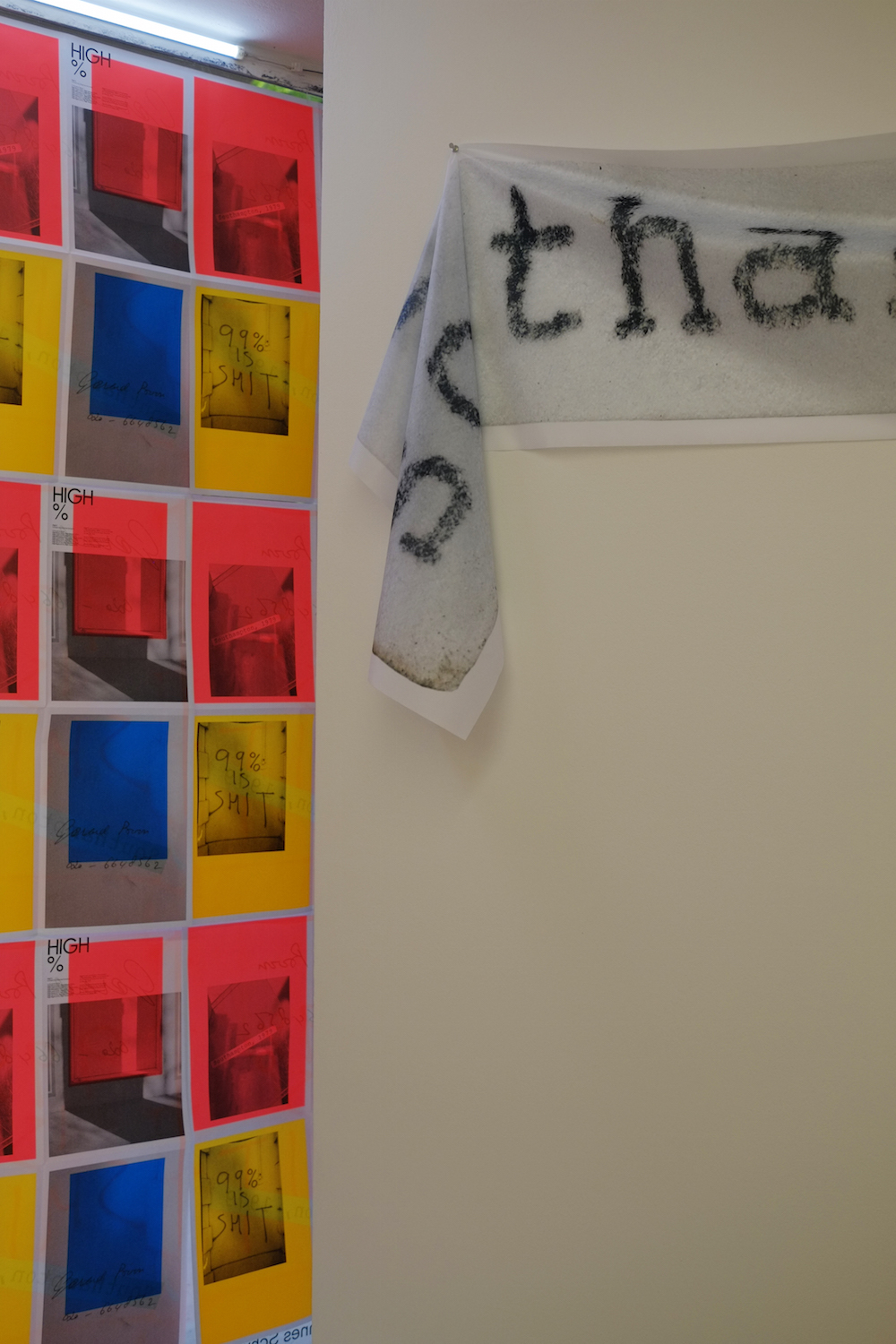 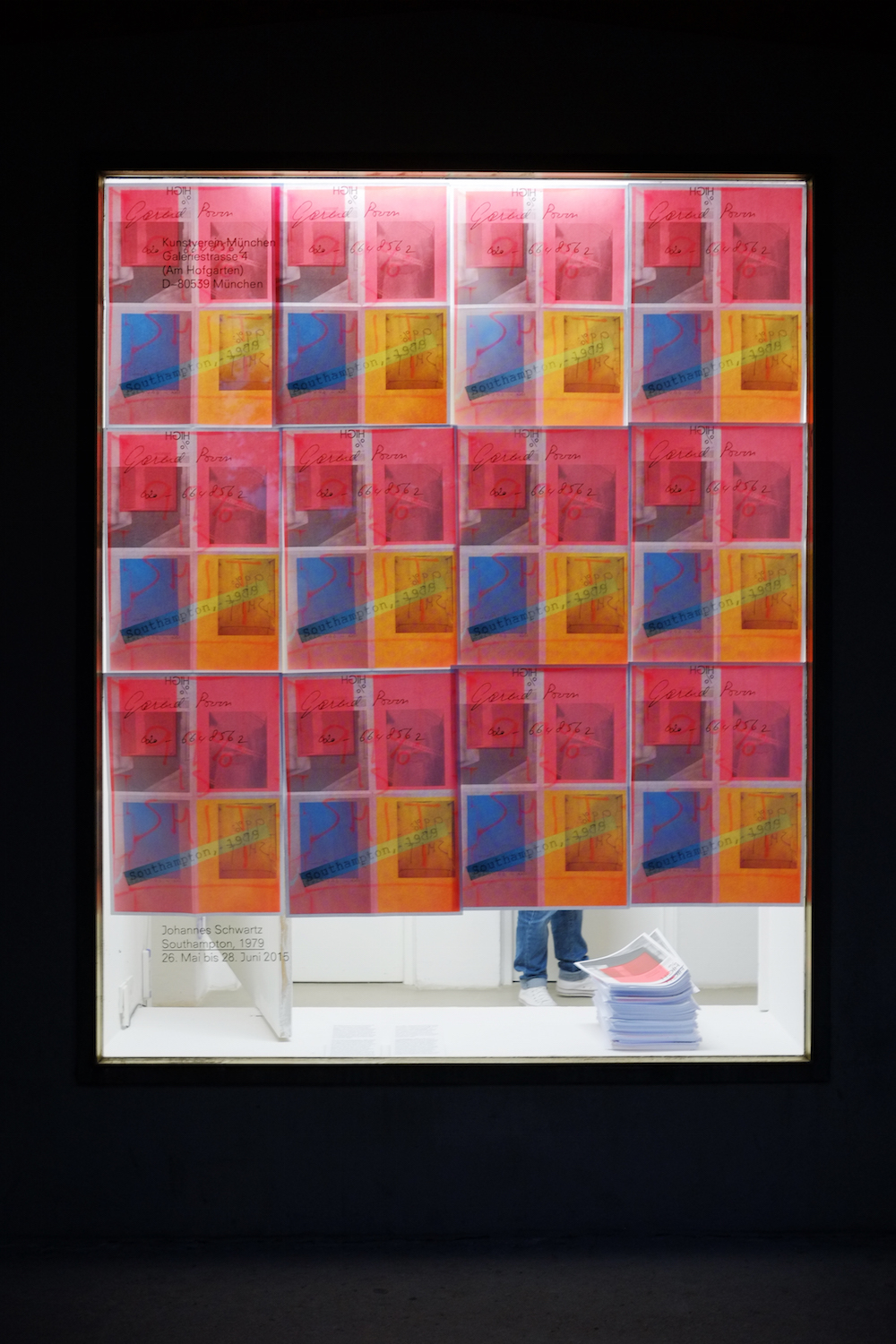 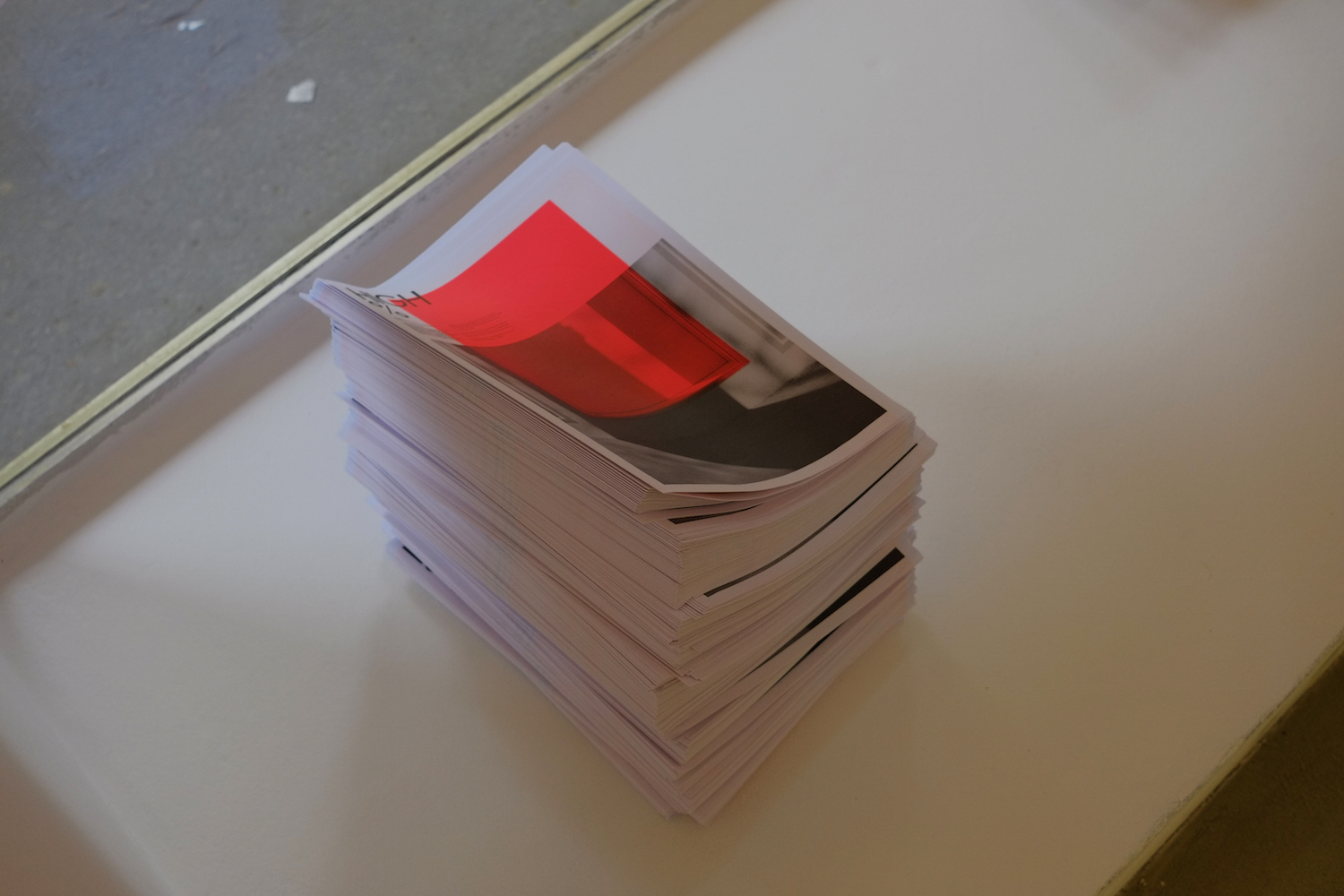 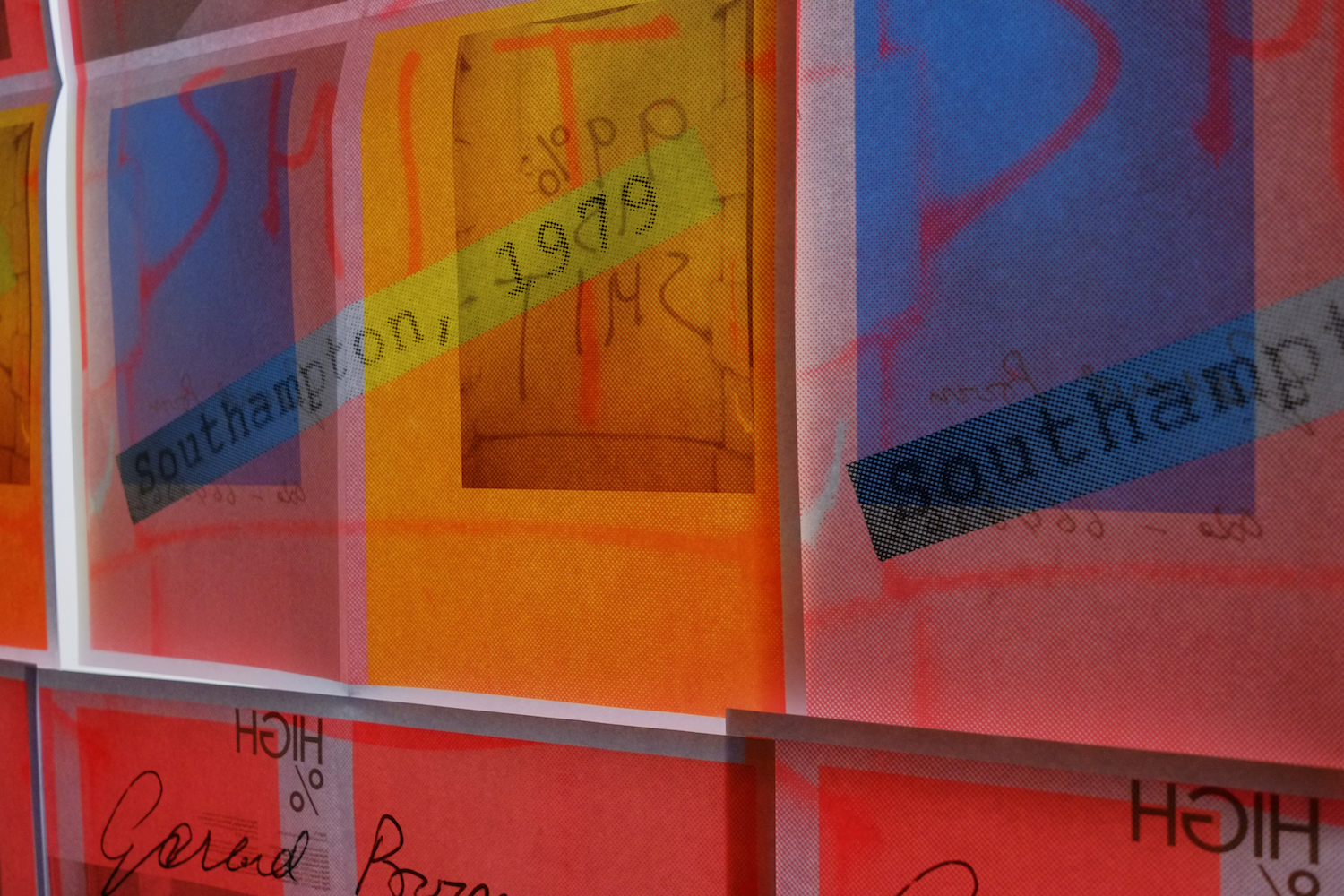