It’s a portrait of Gaza as an enchanted realm — an uncertain alternate universe, isolated yet central to global politics. In her 18-minute film Electrical Gaza (2015), Rosalind Nashashibi intercuts images of daily life shot on 16mm film with vivid animated versions of the people, plants, and places presented.

Entering the Gaza Strip through the film strip, Nashashibi begins Electrical Gaza with the customary closing of a clapperboard, which cuts to the closing of the Rafah Border Crossing gate, and then cuts to an animated rendering of the politically-charged partition. From there, the normalized portrayal of Gaza as an enclosed site of interminable conflict and oppression is slowly overwritten: men sing, horses are bathed, a Hamas youth parade passes, commerce ensues, people live lives.

Meanwhile, Nashashibi depicts her own detached presence, as a British woman with Palestinian roots, by focusing on the fixer, drivers, and translator who escorted her, and through the camera’s frequent viewpoint from the backseat of a moving car.

By digitally rotoscoping certain scenes, Gaza is retraced and enters an animated state that either exaggerates the picturesque quality of the shots, or introduces phenomena more menacing than in the initial footage. This nuanced interplay between documentation and fantastic projection is further elaborated by an incongruous soundtrack that mingles sounds from the action onscreen with synthesizers, bells, and opera singing.

Thus, the ‘Electrical’ version of Gaza that Nashashibi constructs through the conflation of film, animation, and sound is at once grounded in reality and precariously dissociated from it, oscillating impossibly between cinematic and political poles. Proffering no clear narrative, a partial and subjective view of Gaza is given that accentuates what is expected or hidden or inaccessible in the representation of a place, as much as what is seen.

Filmed on the Gaza Strip, June 2014
Commissioned by the Trustees of the Imperial War Museum

Supported by the Henry Moore Foundation 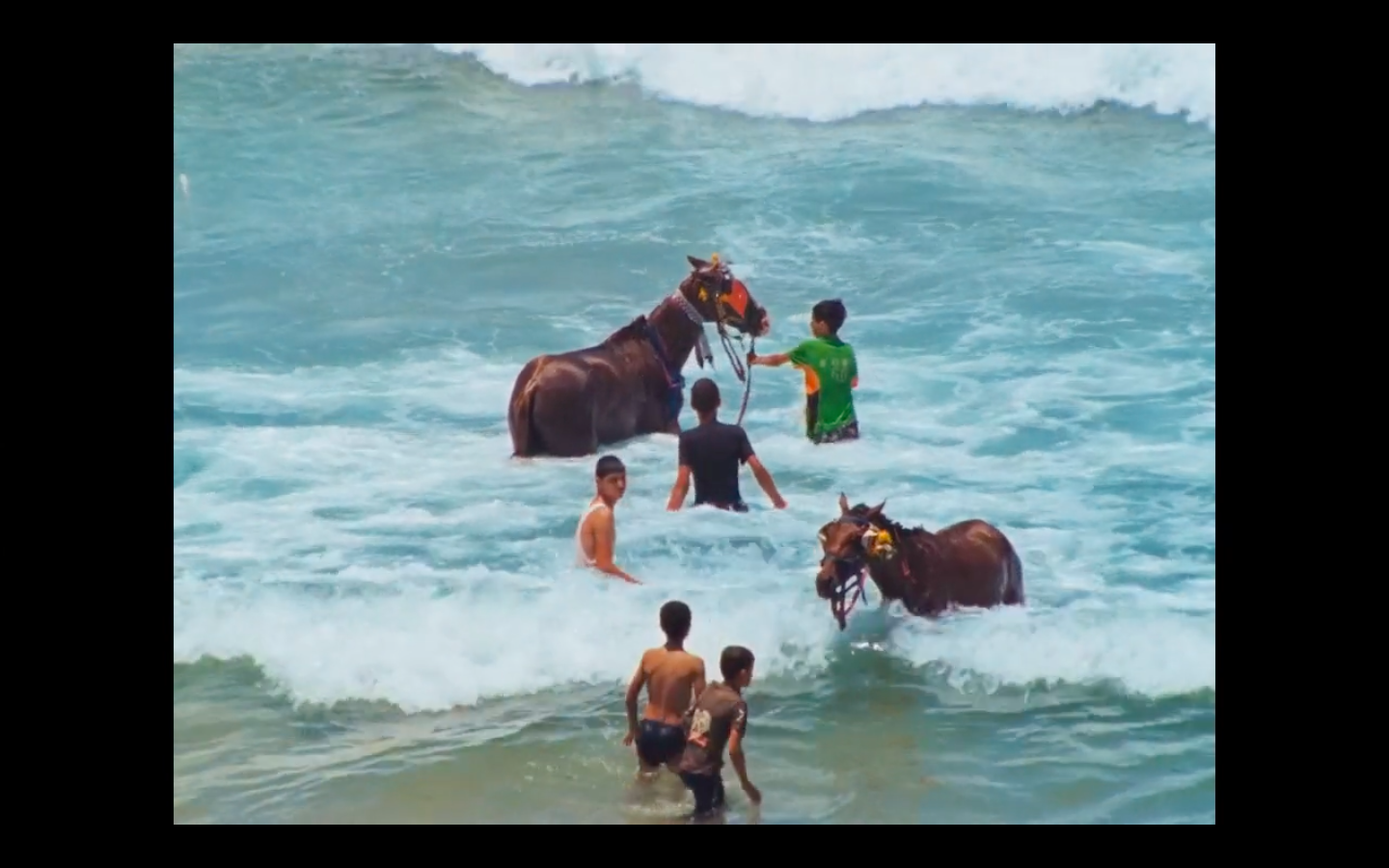