Followed by a conversation between the artists and Kunstverein München Film Curator Vincent Stroep.

Trained monkeys perform a series of tasks rooted in social allegory and religious significance. Some celebrate the practice as a form of folk-art derived from Indonesian mythology and thousands of years of masked and performative arts. Others find it a cruel instance of animal torture and exploitation used by the impoverished to survive. Dornieden and González Monroy neither condemn nor condone the practice, but focus instead on the larger social context from which this practice arises – peering into the traditions, training methods, motivations, and distinct roles performed.

The interrelationship between the travelling master, the monkey, and the codes by which they both must adhere is key. Much of the narration is borrowed and adapted from Thomas E. Hill’s Manual of Social and Business Forms, a 19th century guide on proper etiquette, business strategies, and class relations. Through this juxtaposition, the filmmakers emphasize the training and performance of both human and primate behavior as a process of imitation, repetition, and embodiment.

Accompanied by percussive gamelan music throughout, the film documents the often brutal ways in which the monkeys are taught, the handler’s preparation, the performative ritual itself, and the spiritual and social subtexts. A fusion of class analysis and spiritual mediumship, the clothed monkey first enacts a series of amusing and theatrical gestures as a nobleman, then as a man of distinction trying to pass himself off as being of a lower class, before performing physical feats of physical and mental prowess. Finally, after a short moment of leisure, the monkey is adorned with its idiosyncratic mask. Wearing a doll-head, the monkey enters a trance and transforms into an open vessel for the spirits of the dead and the world of dreams. By depicting the complex routines of the performers and the trainers, the filmmakers provoke conflicting emotions in the viewer that resist reducing the practice to oddity, amusement, or exploitation, while also critically addressing the paths taken for mastery and success. 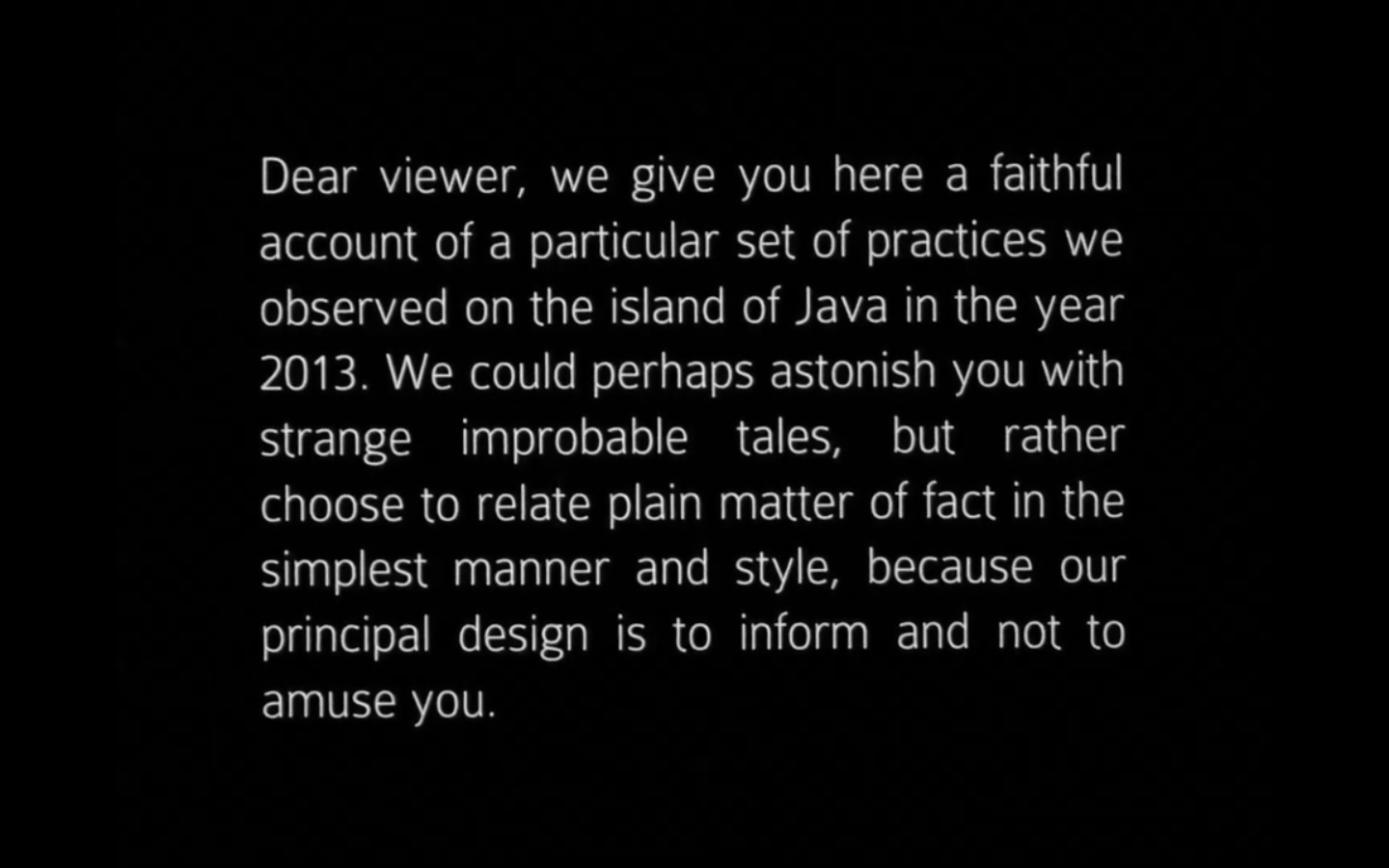 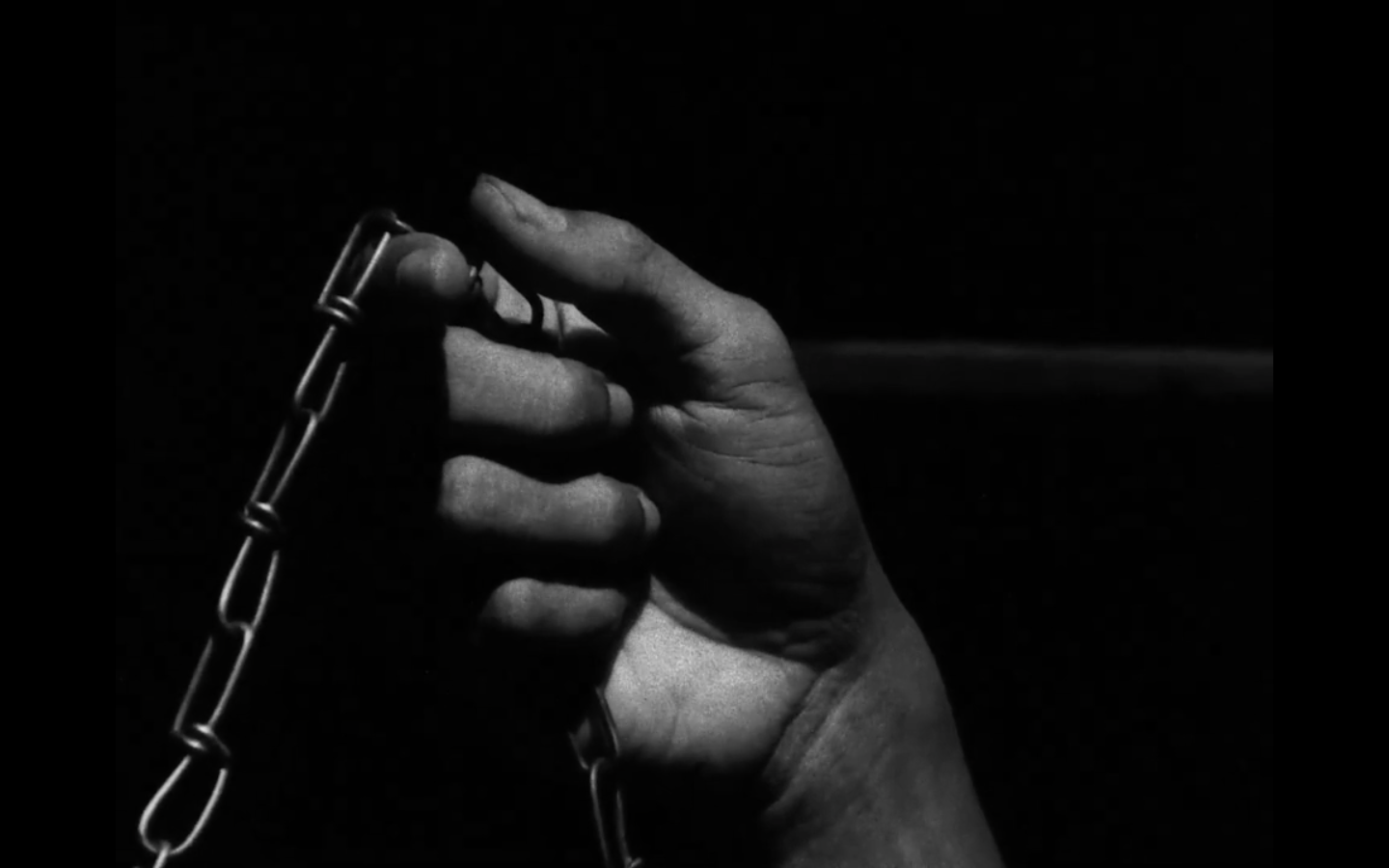 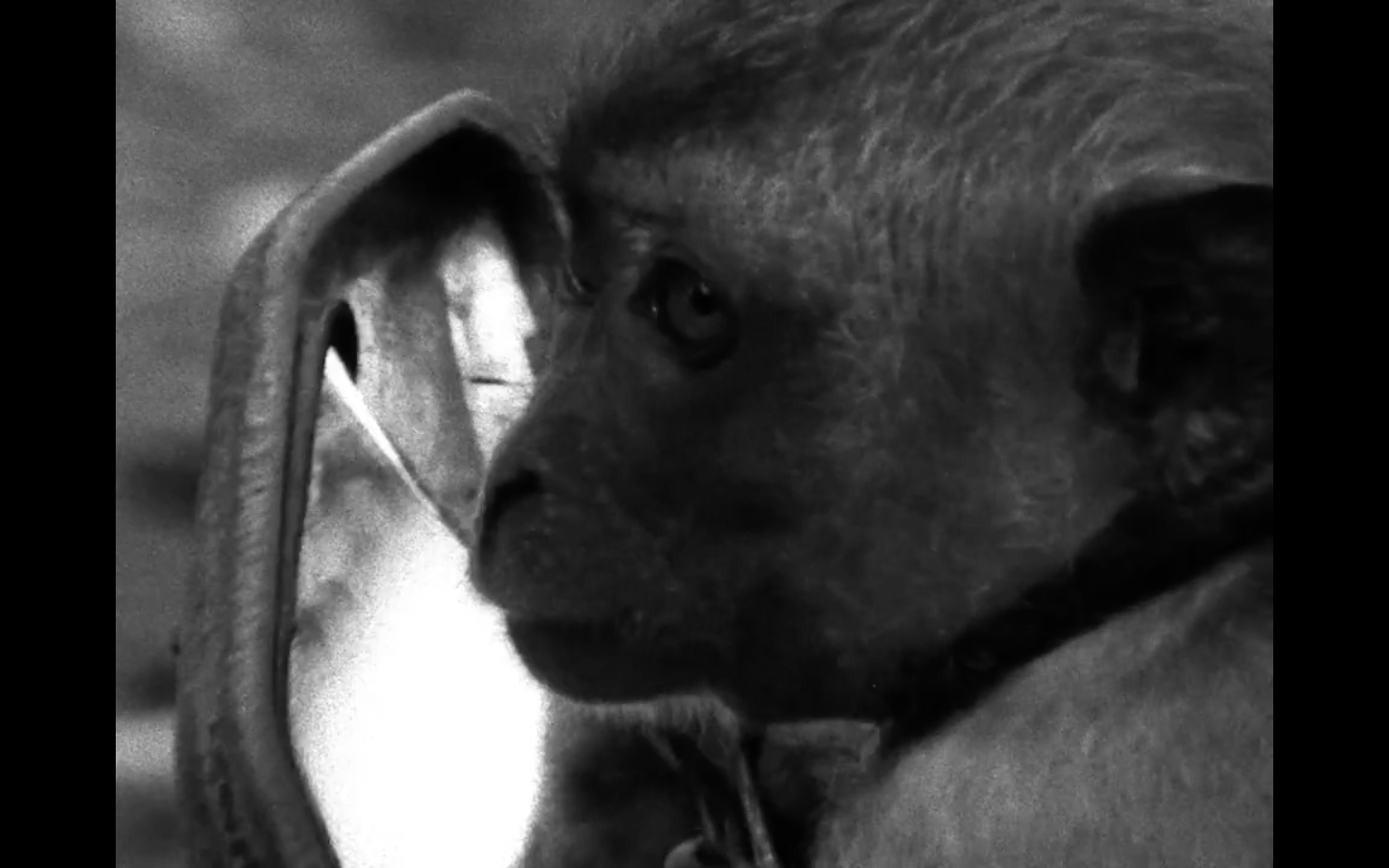 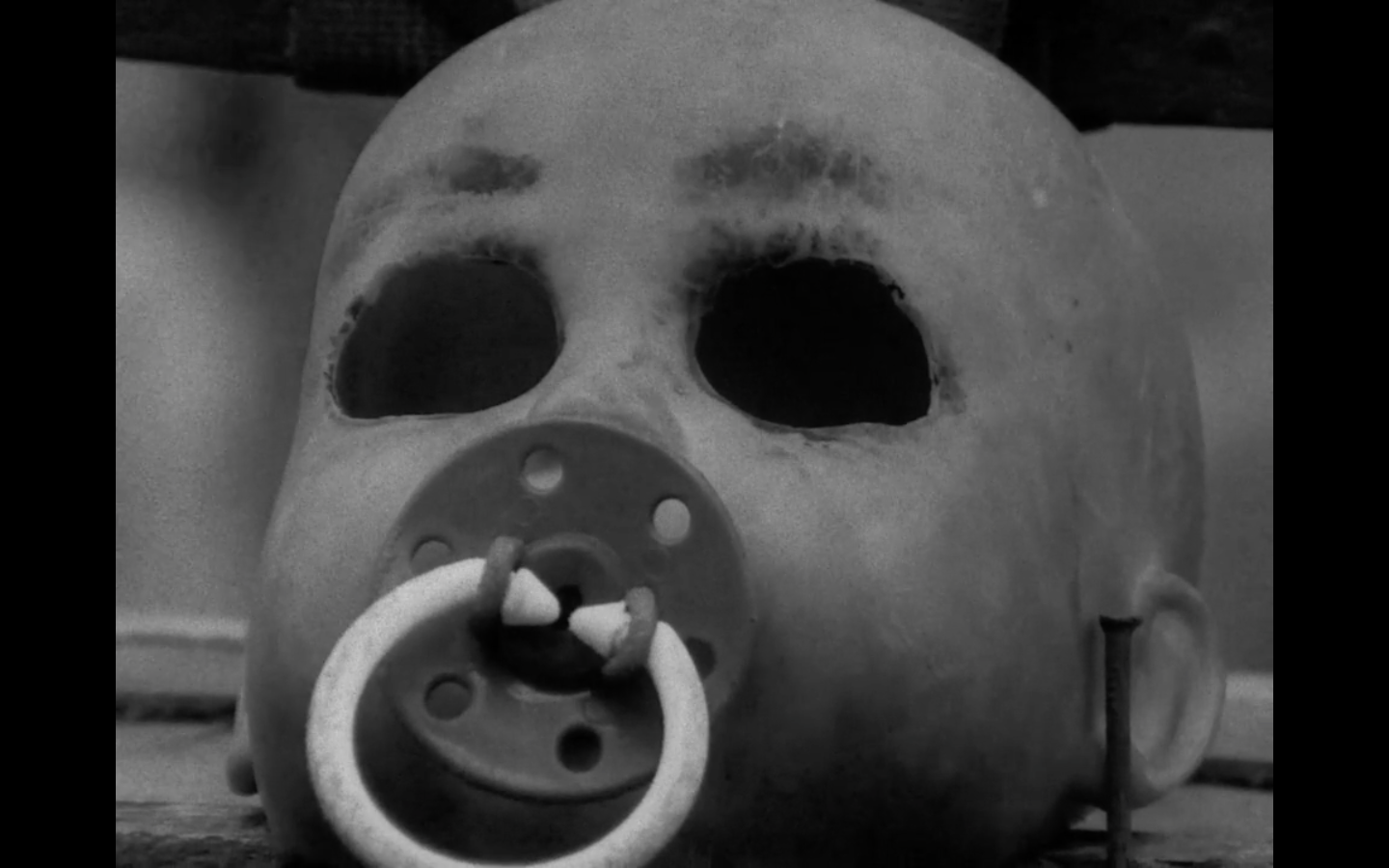 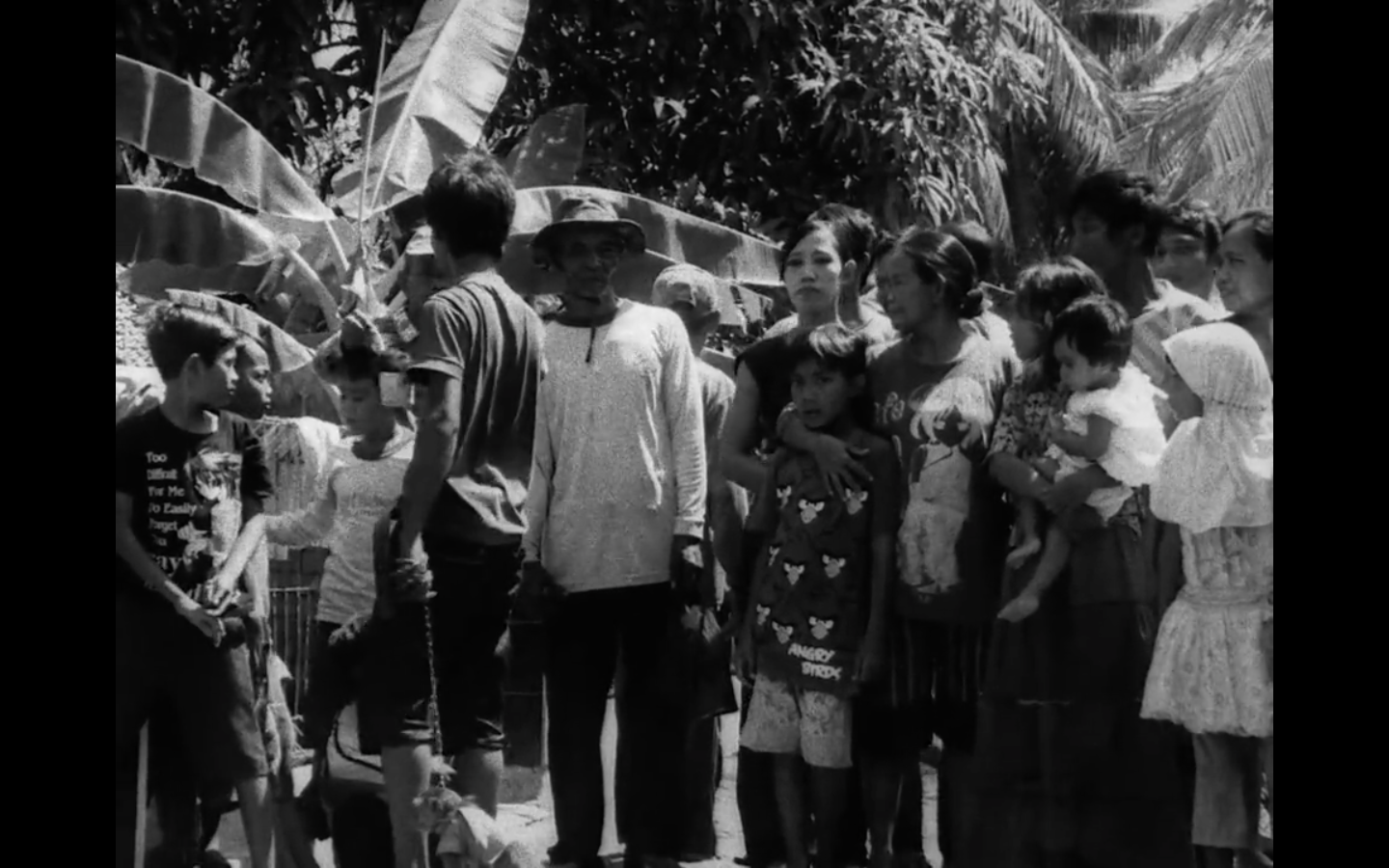