„The invitation to take part a second time in an exhibition with the equally promising and meaningless title Kritik und Kunst (Criticism and Art) by no means aroused spontaneous enthusiasm in me. Already the first event of this kind at the Munich Kunstverein, five years ago, had been quite a failure, and there was nothing to suggest that the renewed attempt would be better prepared.” The invited critic Helmut Schneider wins four artists for a renewed attempt, who, after some difficulties in the group process, have the first floor of the Kunstverein tilted. The transformation of the space was extended by an acoustic dimension. In a sound performance by Florian Tielebier-Langenscheidt, all the noises of the crowd were amplified by microphones placed under the floor that was tumbling in all directions. 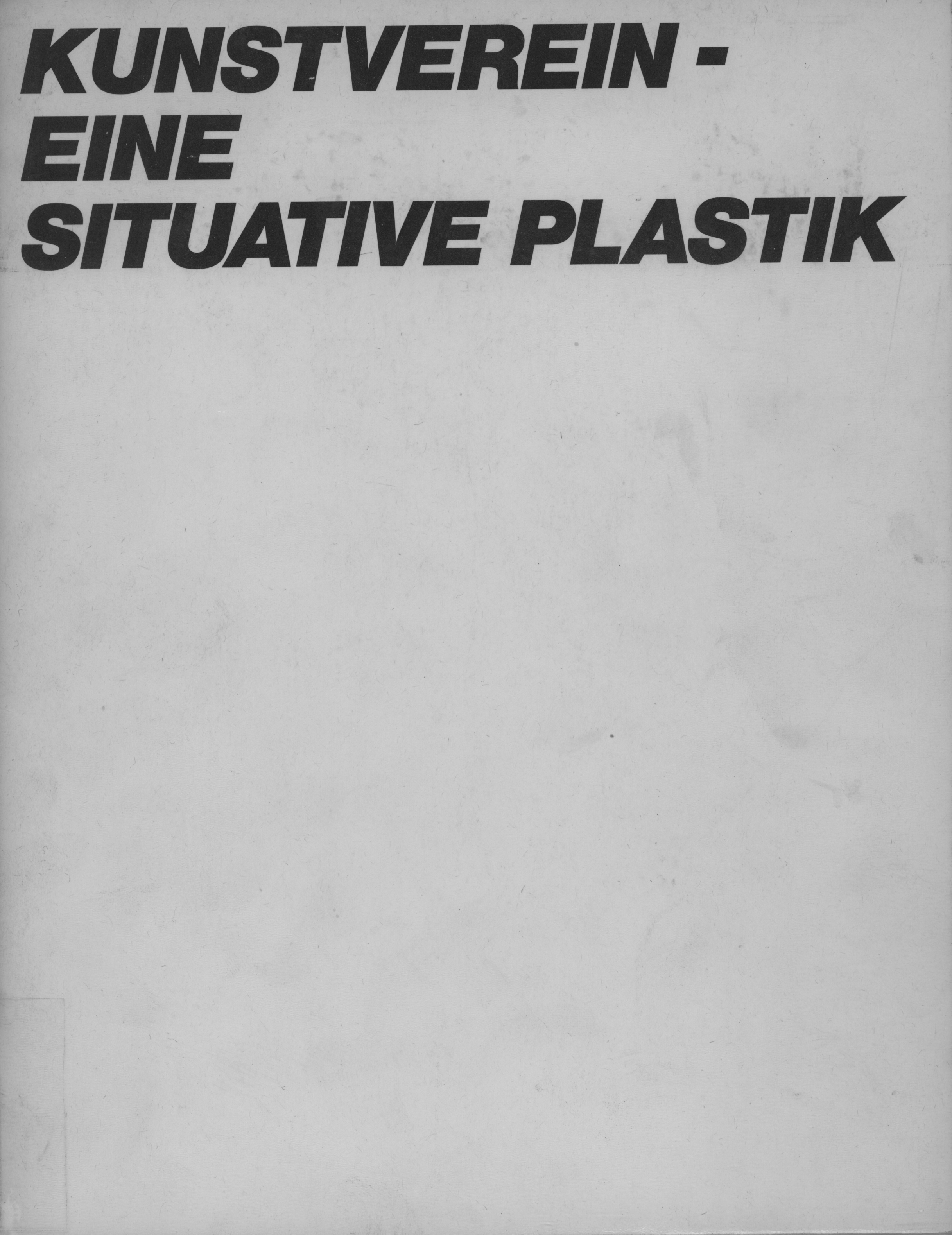 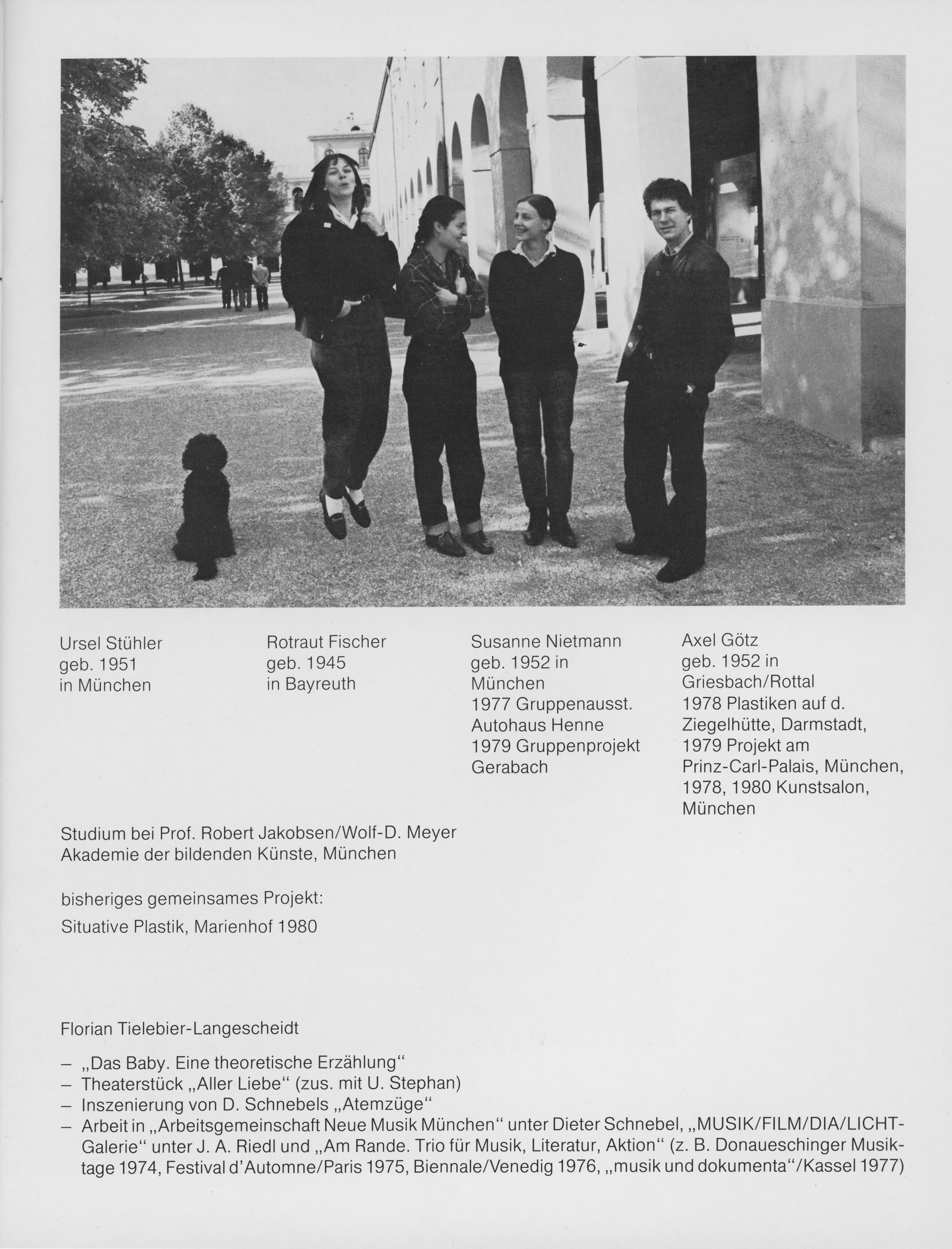 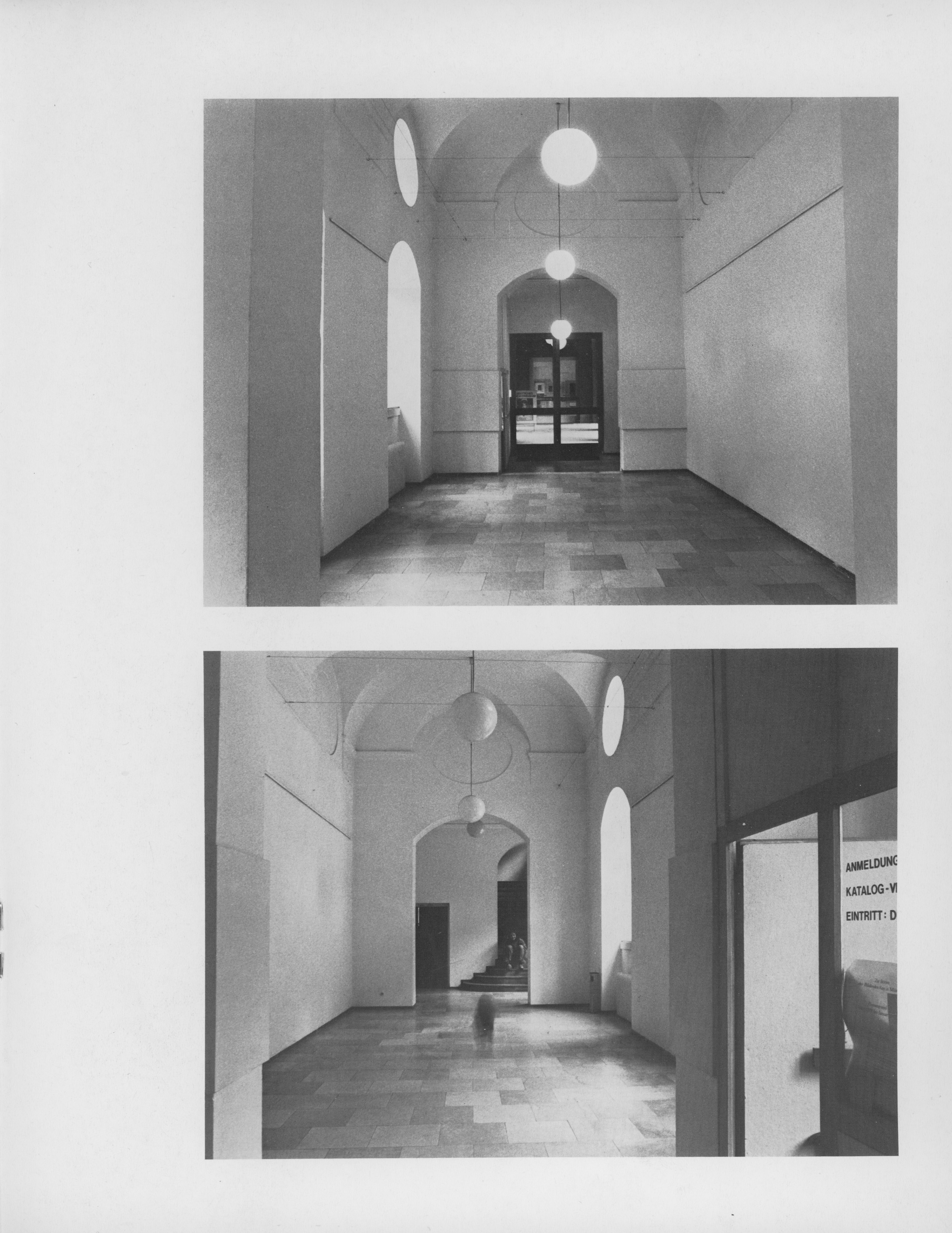 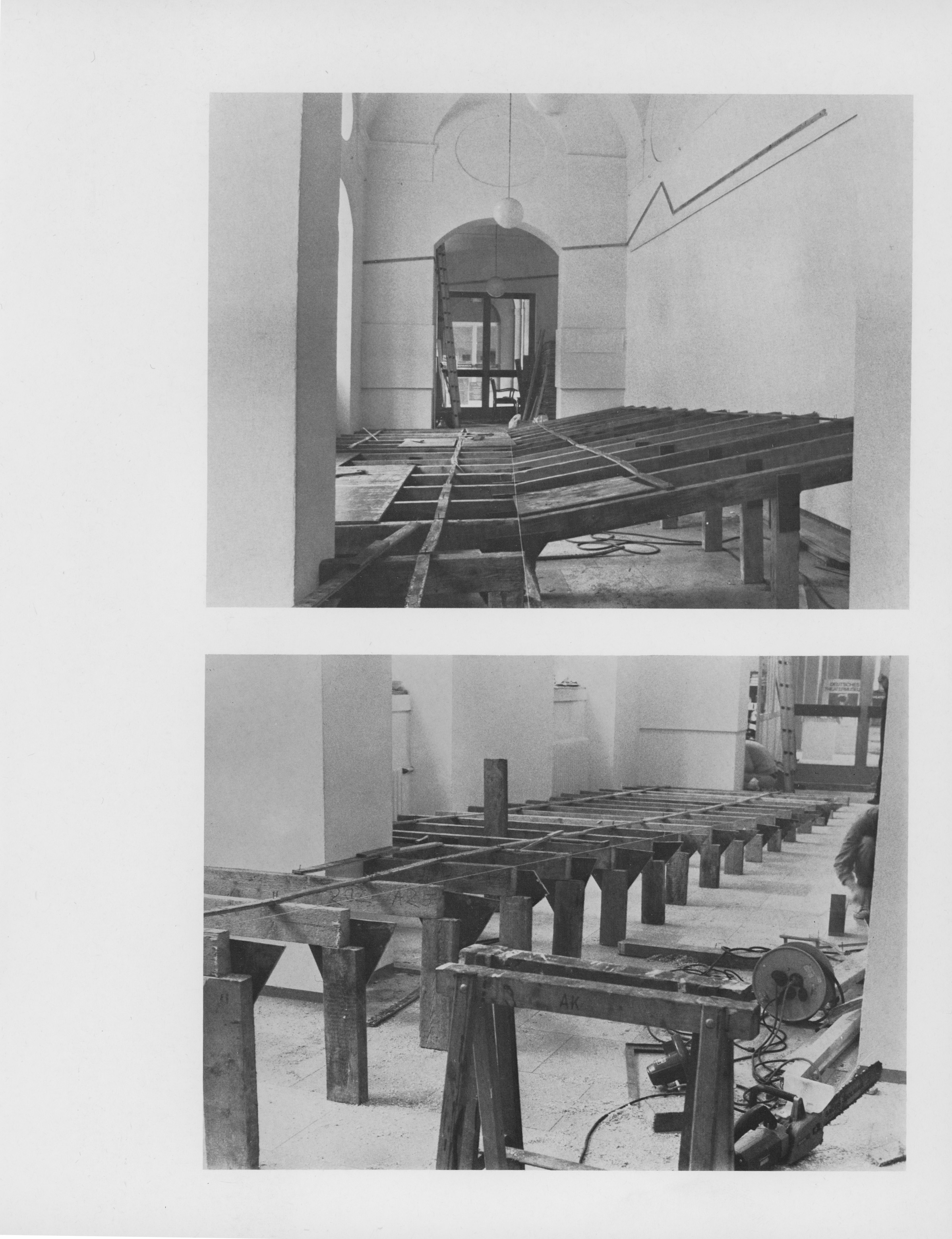 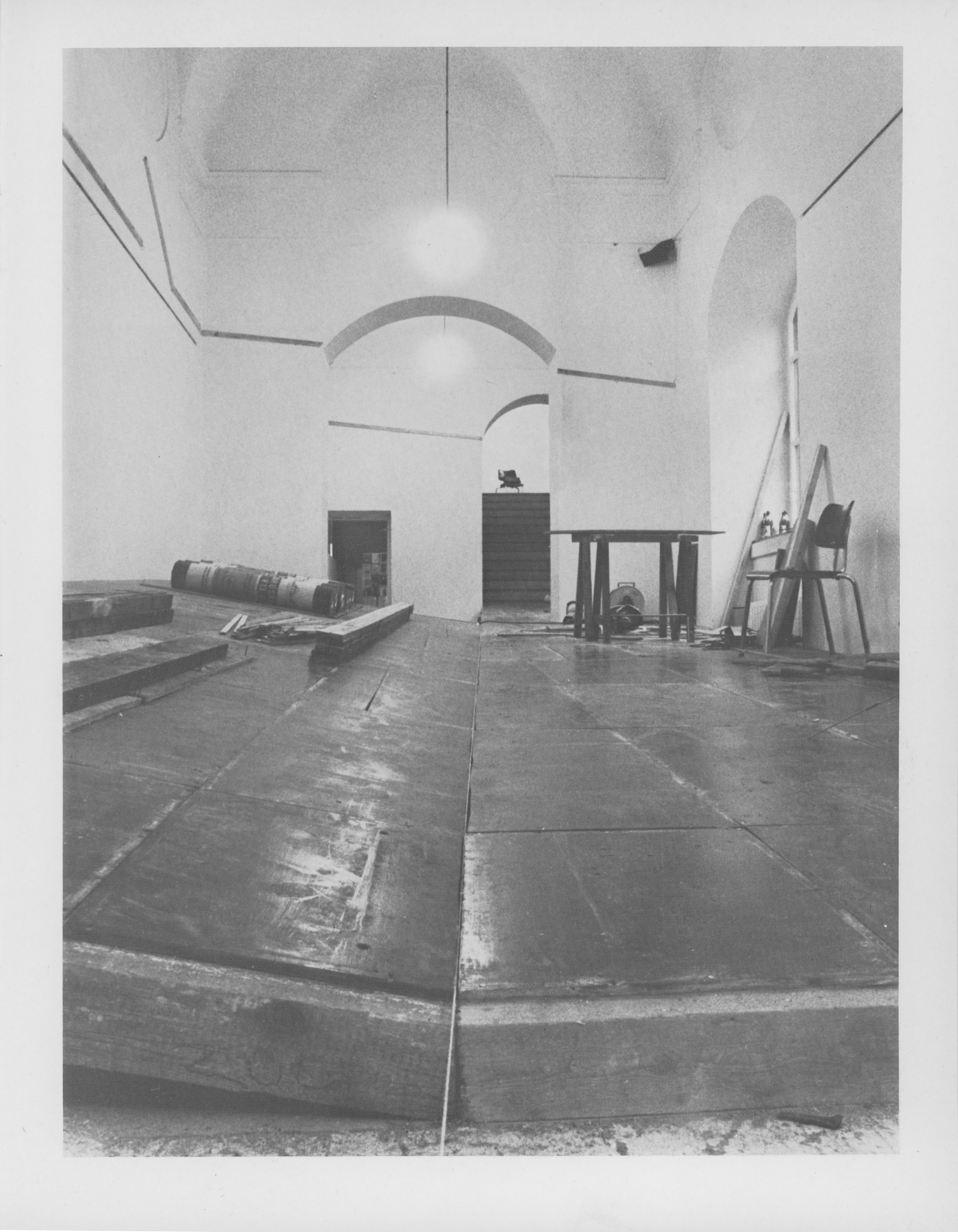 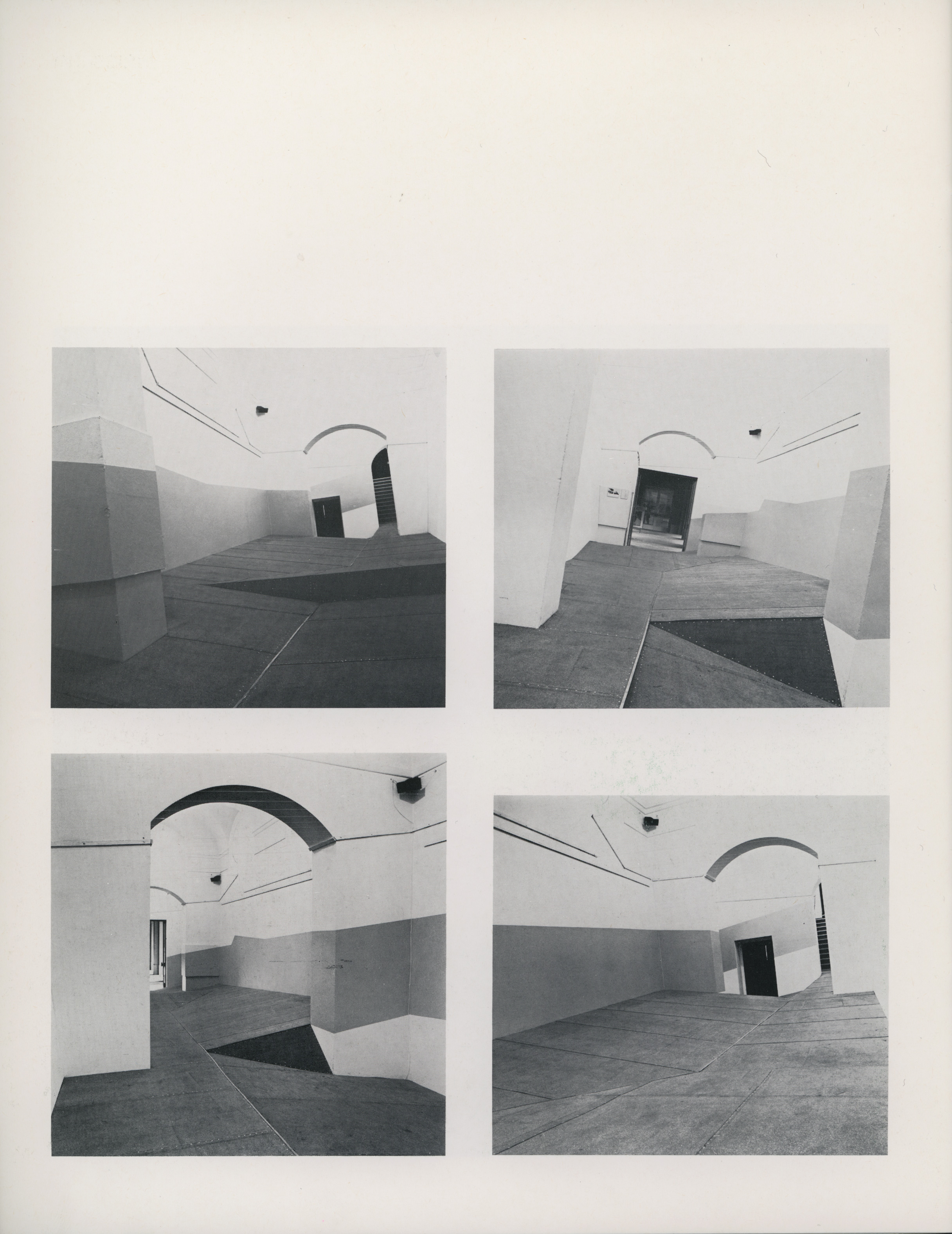 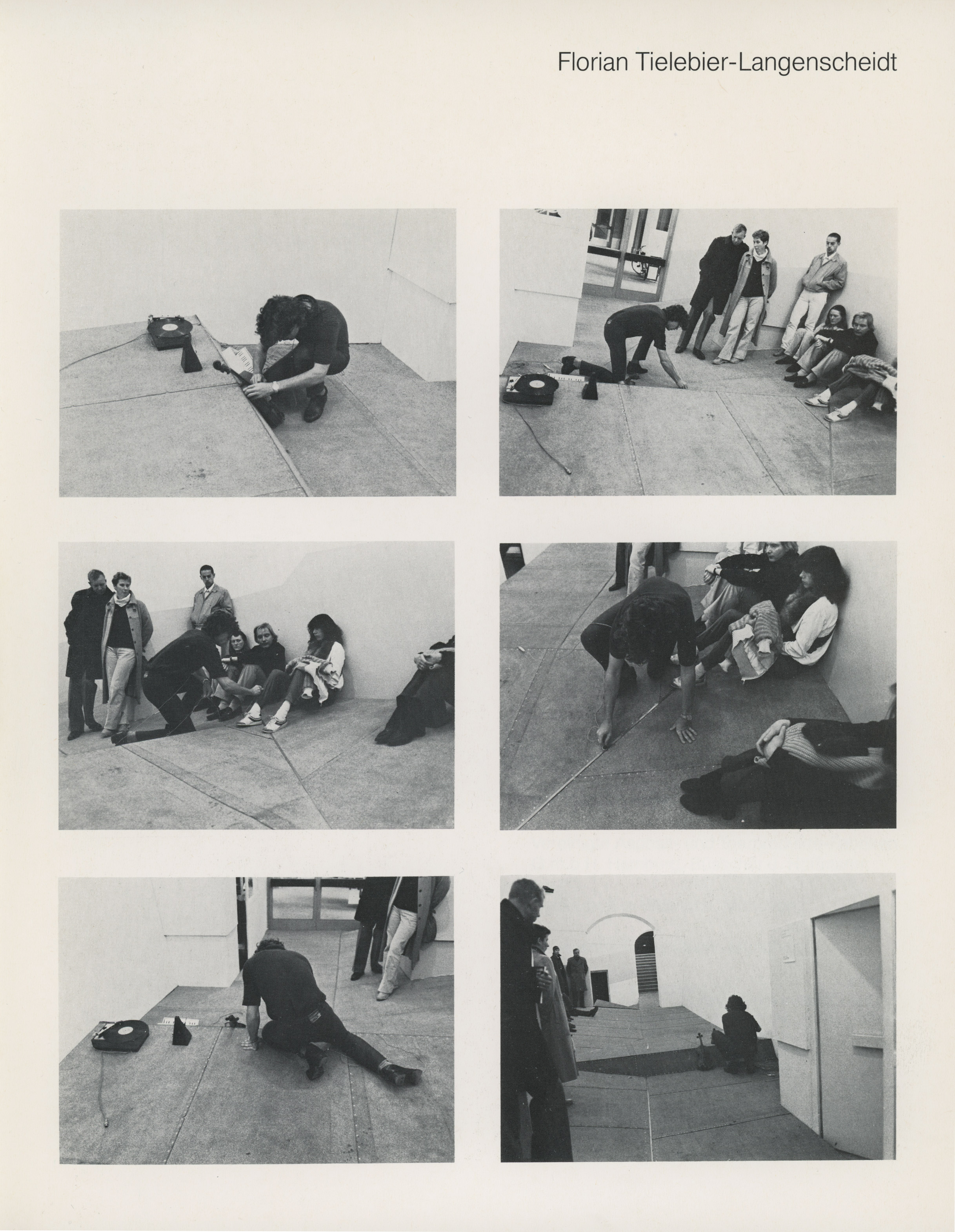