“The artist (Eduardo Arroyo), who recently created stage sets for the Bremen Opera, was born in Madrid in 1937 during the Spanish Civil War, but left his homeland at the age of twenty-one after a short period of journalistic work and military service. The colours red-yellow-red, Spain's national colours, became a trauma for him. As they were for many others, above all Picasso.
But he did not seek his salvation in l'art pour l'art, but in direct political expression. Between Pop Art and graphic art, he found his style of inescapable depiction of paradoxical, socially critical or polemical motifs. One becomes trepidatious when, for example, at the beginning of the exhibition at the Kunstverein München, after documenting Franco's Spain from police regulations to the Basque manifestation, one encounters Arroyo's giant pencil drawings in which representative and official persecutors are depicted in groups without heads, only in their honorifics' habit. Or even more so when, under the title ‘Death in Granada, Summer 1970, not far from the Costa del Sol’, one's attention is drawn to the fatal duplicity of Hispanic holiday pleasures and police dictatorship.”
(Mannheimer Morgen, July 1971) 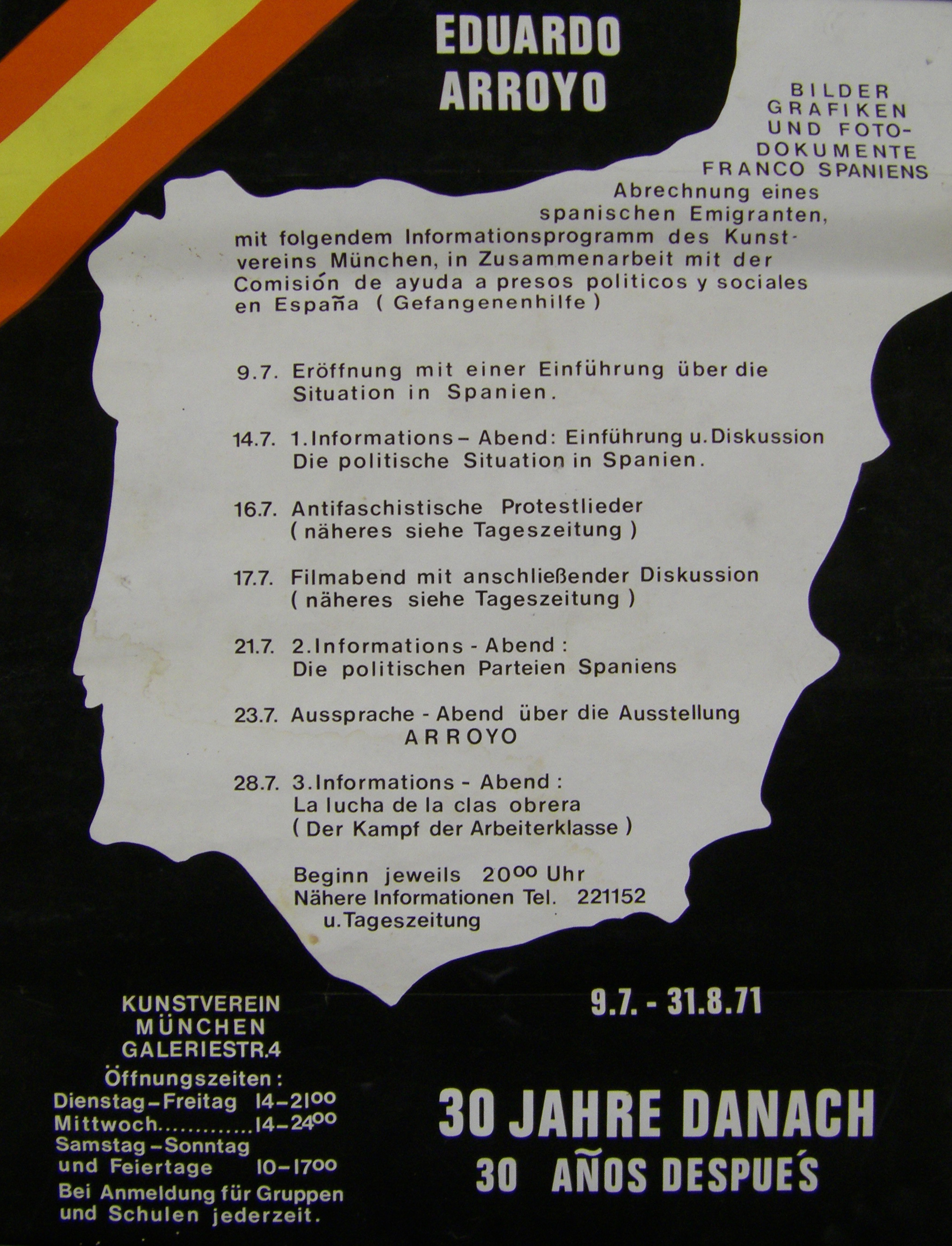 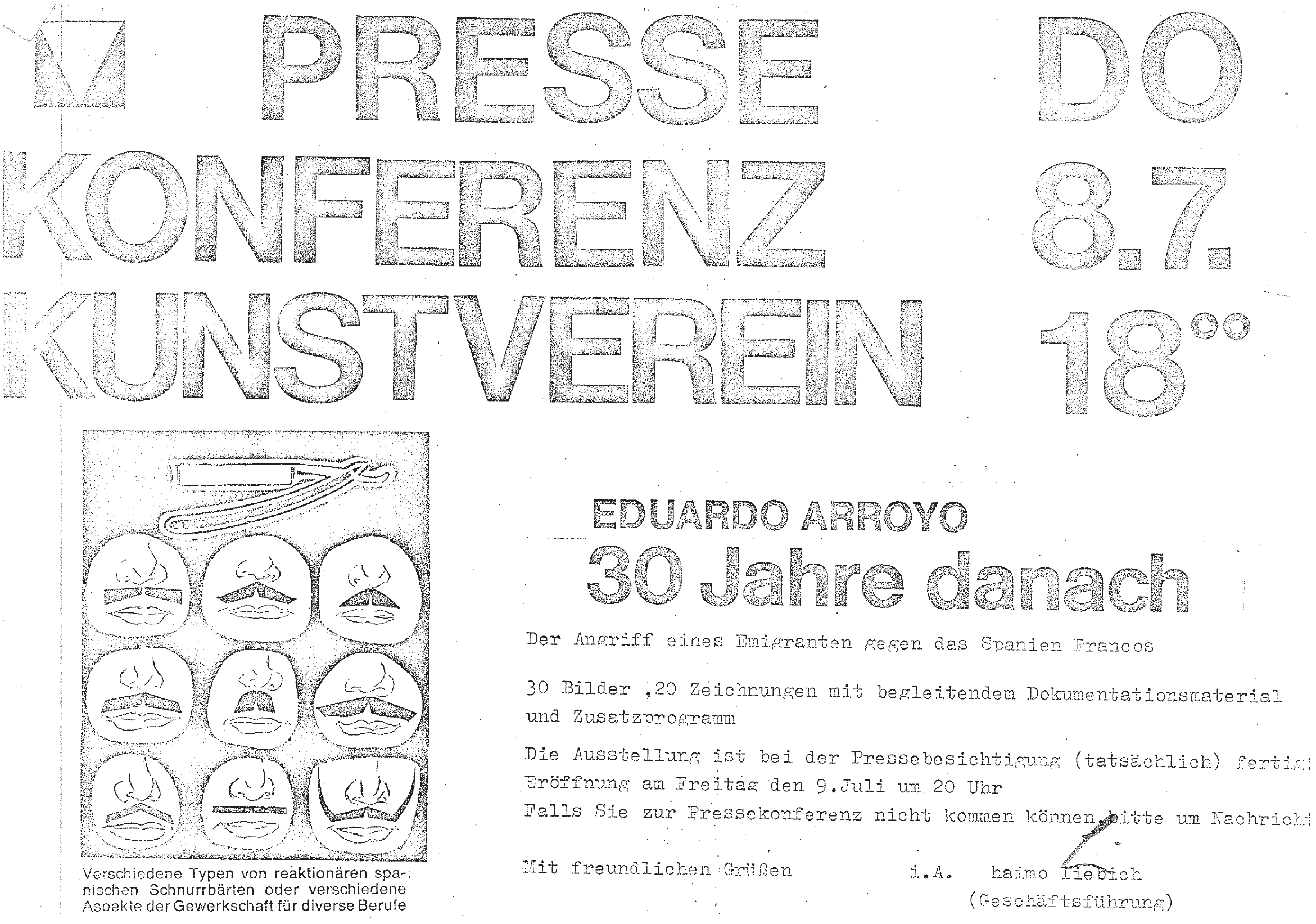