The exhibition was taken over from Nuremberg in 1971. There it was organized by the DKP under the heading Art as a Weapon and shown opposite the Germanisches Nationalmuseum as a counterposition to the Dürer Year celebrated there. The “Association of Revolutionary Visual Artists of Germany”, founded in 1928 and banned from 1933, brought together communist painters, graphic artists, sculptors, commercial artists, and art critics who closely linked their artistic work with the class struggle.
The exhibition was complemented by a supporting program of films, lectures, and a conference. The takeover by the Kunstverein München led to a cut in subsidies after the previous program (including Arte Povera and Eduardo Arroyo) had already been criticized. 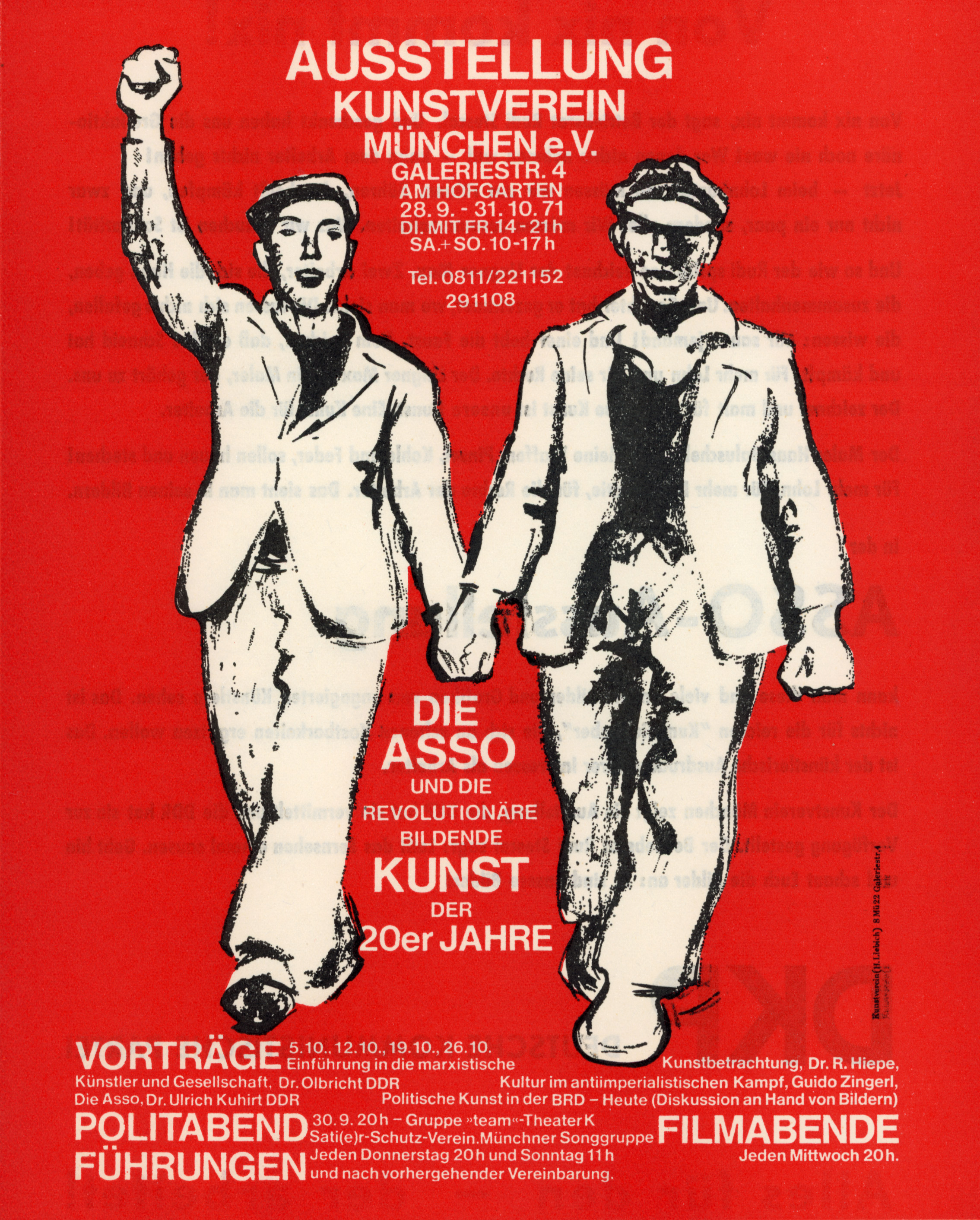 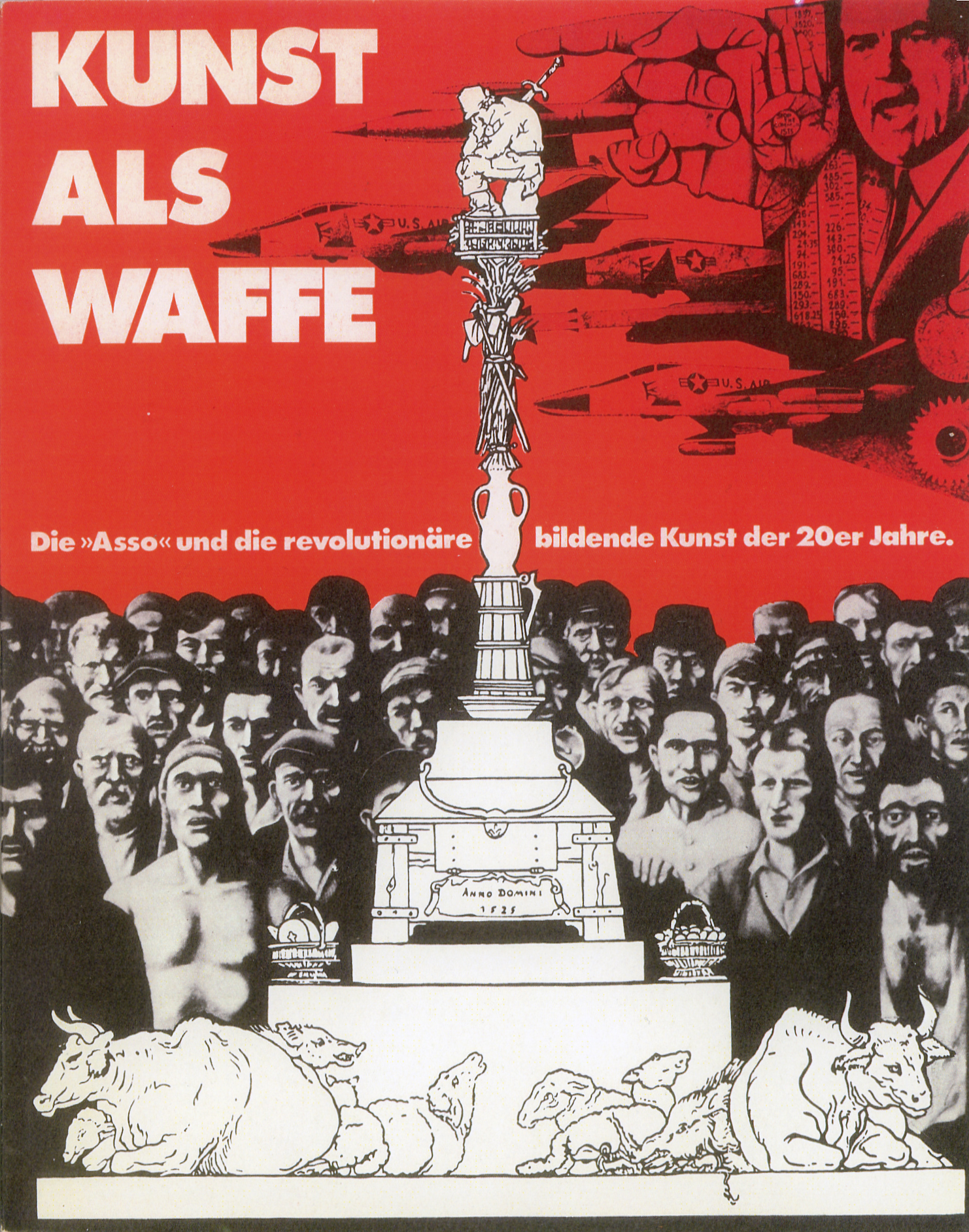 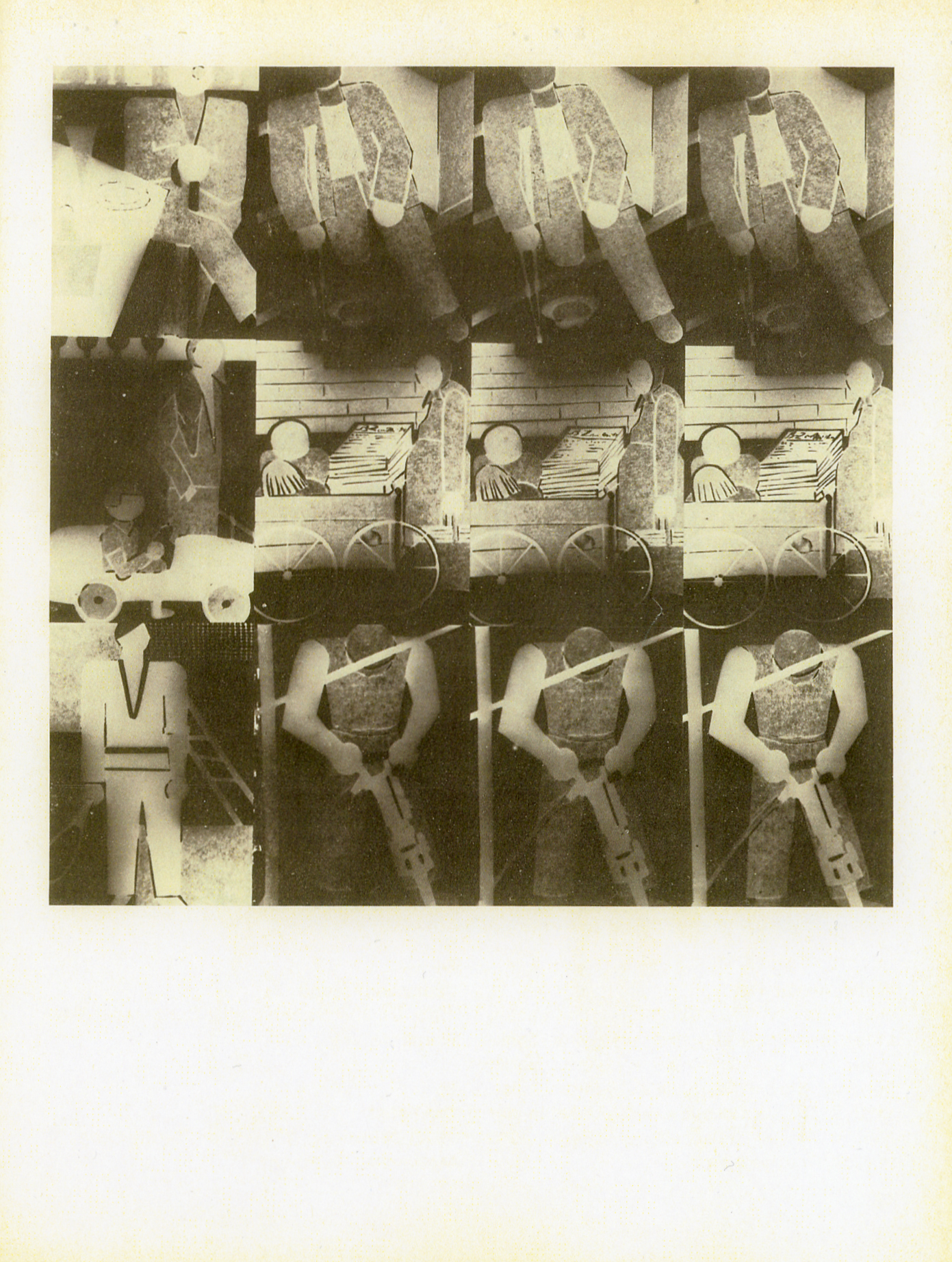