In her work, the internationally renowned German painter Silke Otto-Knapp investigates how a historical-pictorial way of thinking is integrated into the further understanding of a common culture: for example, the abstract language of contemporary dance, arranged spaces, scenarios and gestures. The etching she made for her German debut exhibition at the Kunstverein München refers to one of the paintings in this show, which shows three ballet dancers. The etchings are produced by Otto-Knapp herself, so each has its own individual character. They are available in three colors (black and white, grey, red).

Silke Otto-Knapp (b. 1970 in Osnabrück) lives and works in Los Angeles. 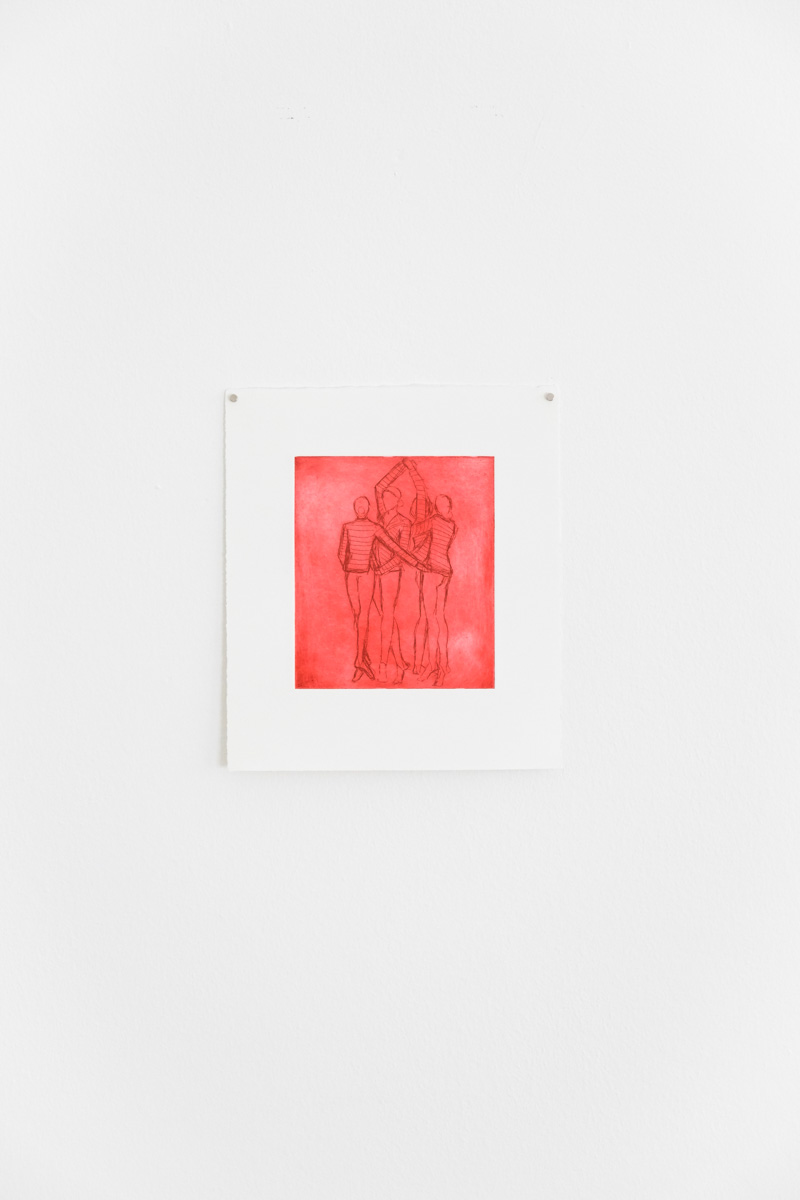 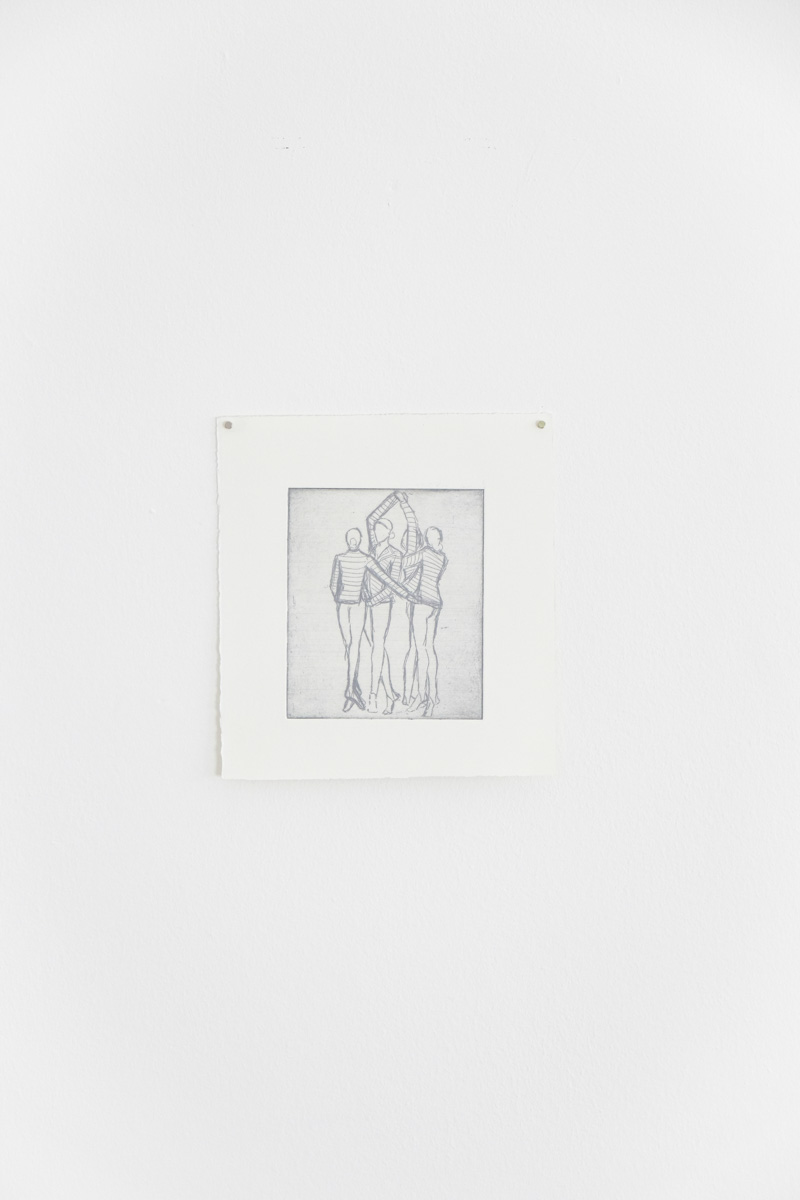 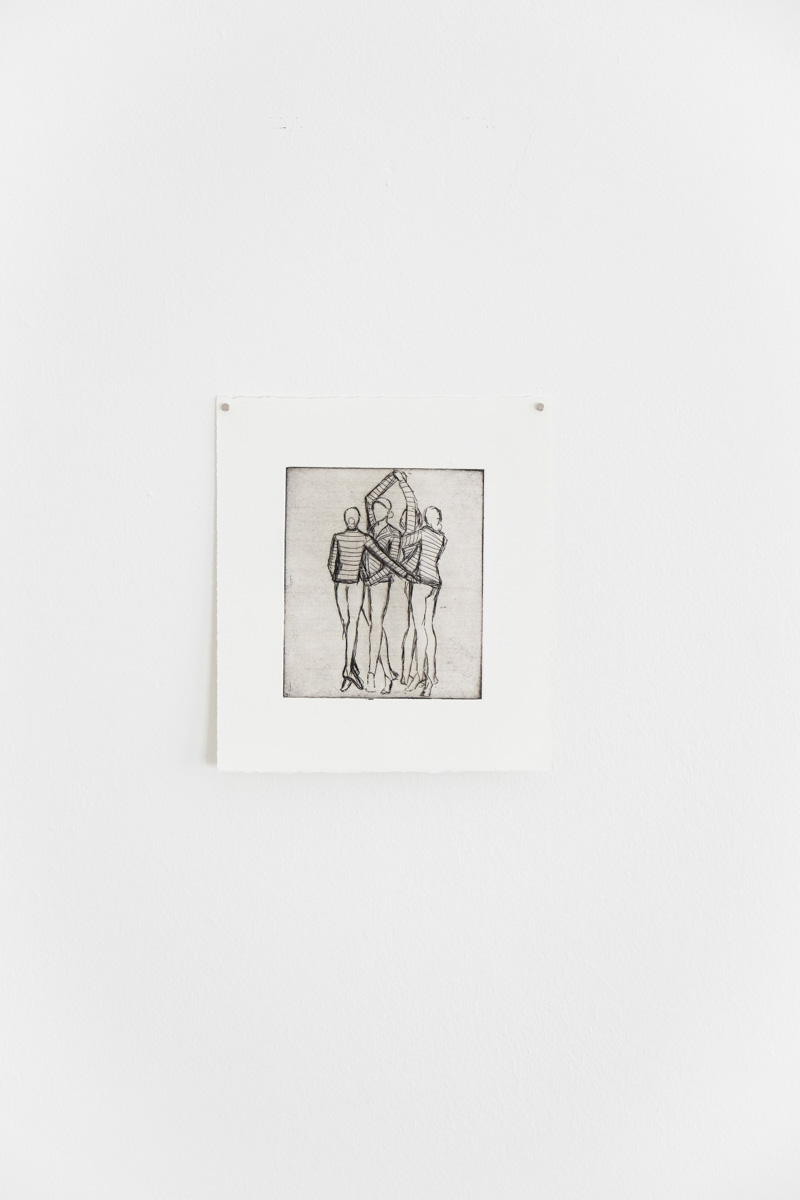