Alongside artists such as Roman Ondák, Boris Ondreiãka and Denisa Lehocká, Cyril Blažo belongs to a younger generation of post-conceptualist artists who have shaped the emerging Slovakian scene in recent years. He is interested in the infinite richness of images circulating in the media, which are reconfigured in his work using a wide variety of strategies and techniques in new, ironically pointed formulations. Blažo thus pursues a micro-politics of minimal aesthetic intervention that wrests the ethical freedom of the laughing third party from the stereotypical imprints of capitalist image economies. For Kunstverein München, Blažo's kneeling before the sacred architecture of an ATM in post-communist Bratislava is presented as a limited silkscreen print. 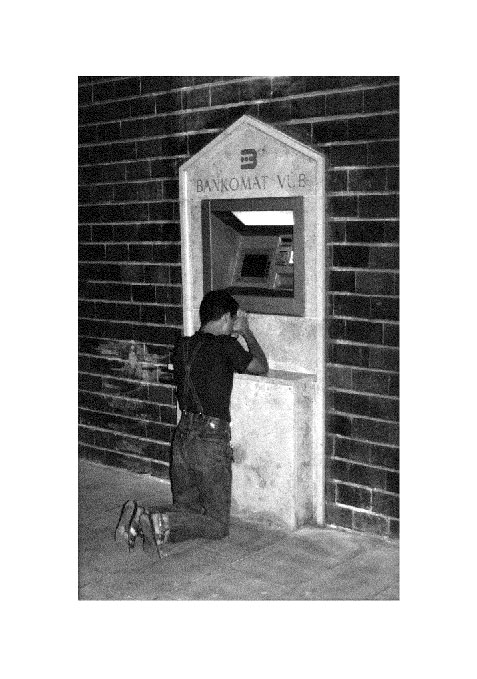