Working at the intersection of the roles of the artist, the curator and the producer, Jeremy Deller has been creating a broad spectrum of projects that make use of such diverse media as, for instance, installation, film, video, posters and performance. Deller is interested in the creative practices of the everyday which are articulated outside the institutionalised spaces of art and its industries. He playfully transgresses the borders between ‘high’ and ‘low’ cultures thus repeatedly questioning the social function of cultural processes of recognition. For his first comprehensive survey show at Kunstverein München, Jeremy Deller created a limited edition exhibition poster, which was produced with an old printing technique by a workshop in San Francisco that has been specialising in posters for boxing matches for decades.

Jeremy Deller (b. 1960 in London) lives and works in London. 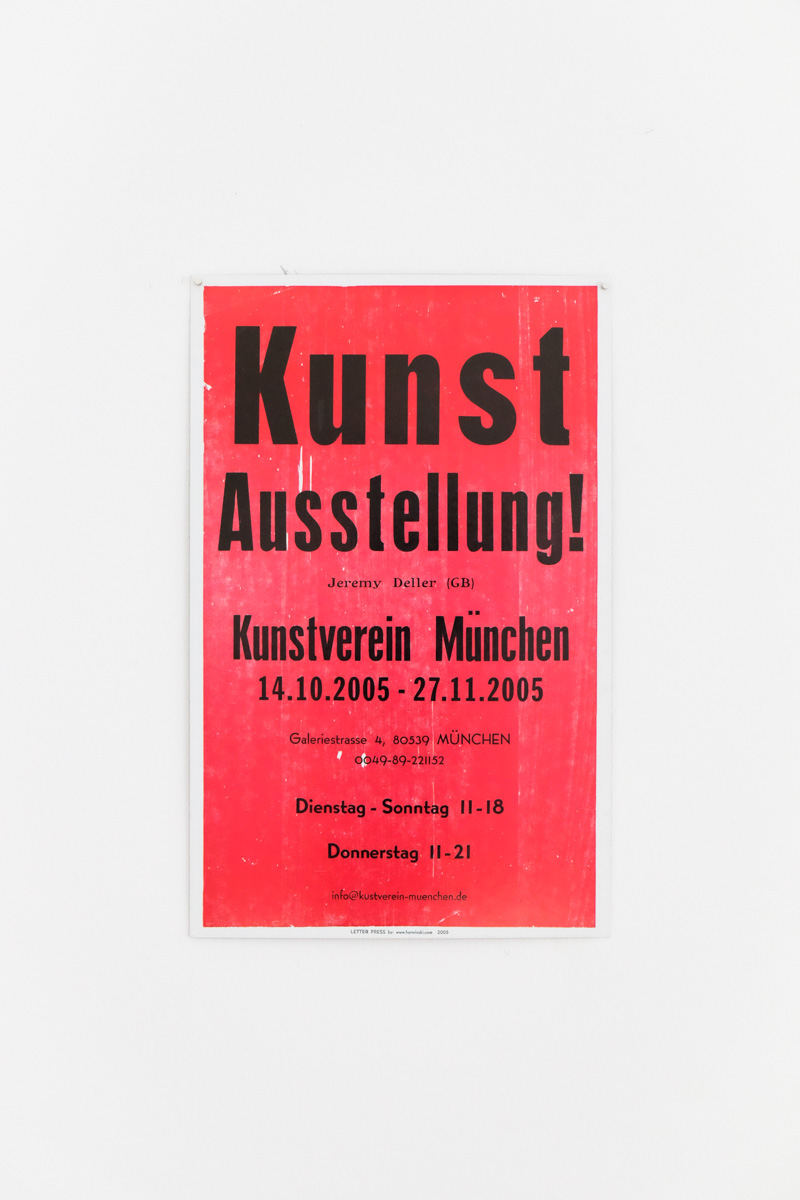 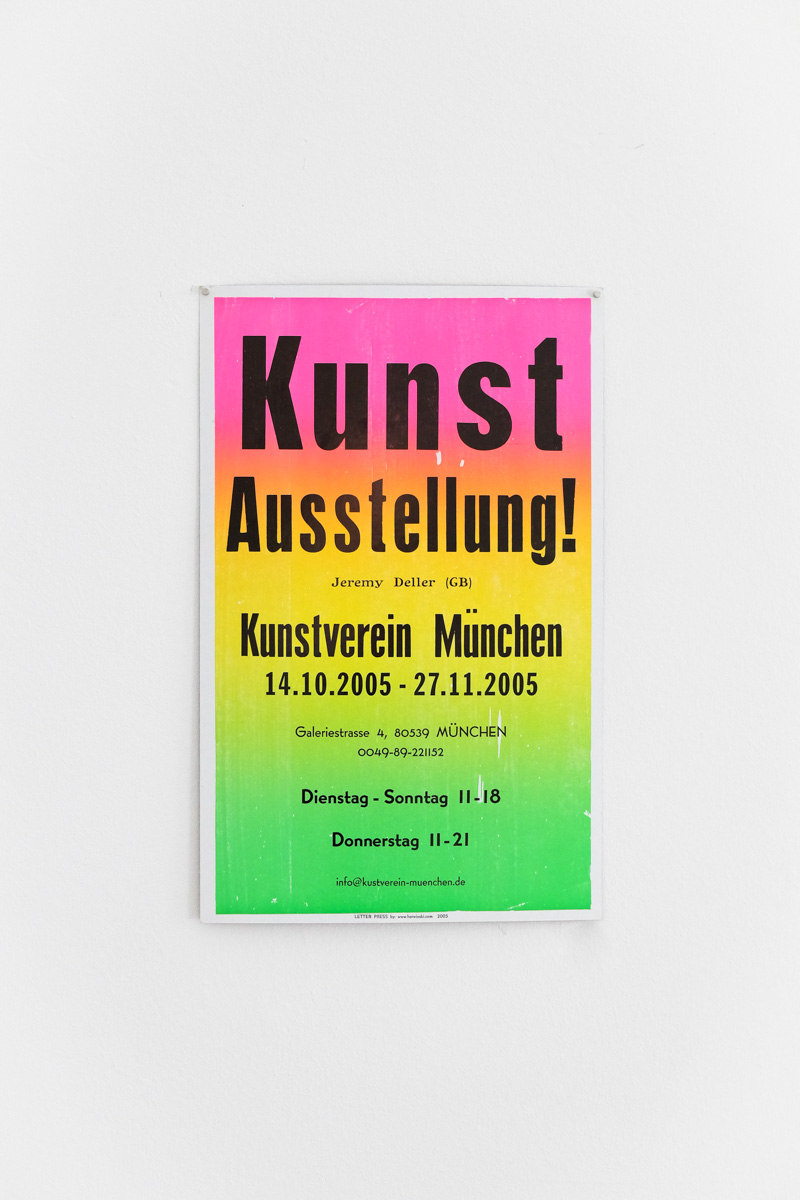