"In the organic world, for instance, soft tissue (gels and aerosols, muscle and nerve) reigned supreme until 500 million years ago. At that point, some of the conglomerations of fleshy matter-energy that made up life underwent a sudden mineralisation, and a new material for constructing living creatures emerged: bone. It is almost as if the mineral world that had served as a substratum for the emergence of biological creatures was re-asserting itself, confirming that geology, far from being left behind as a primitive stage in the earth's evolution, fully coexisted with the soft gelatinous newcomers. Primitive bone, a stiff calcified rod that would later become the vertibral column,made new forms of movement control possible among animals, freeing them from many constraints and literally setting them into motion to conquer every available niche in the air, in water, and on land. And yet, while bone allowed the complexification of the animal phylum to which we, as vertebrates, belong, it never forgot it's mineral origins: it is the living material that most easily petrifies, that most readily crosses the threshold back into the world of rocks. For that reason, much of the geological record is written with fossil bone." - De Landa, M. "A thousand years of nonlinear history" p.26-27, New York, 2000.

In the upper left corner there are two marks (> 1 cm) visible in the sky area which cannot be identified with certainty in relation to the rest of the scene. The inner of the two marks is possibly a moving bird (?) flying along the optical axis directly away from, or towards the lens, during the moment of exposure (1/15 of a second). It's exact height and distance are difficult to determine. The outer mark, only marginally smaller, but more clearly defined, could be a small curly hair, probably human, which settled on the surface of the film before or during exposure, leaving a trace line of unexposed film underneath it. 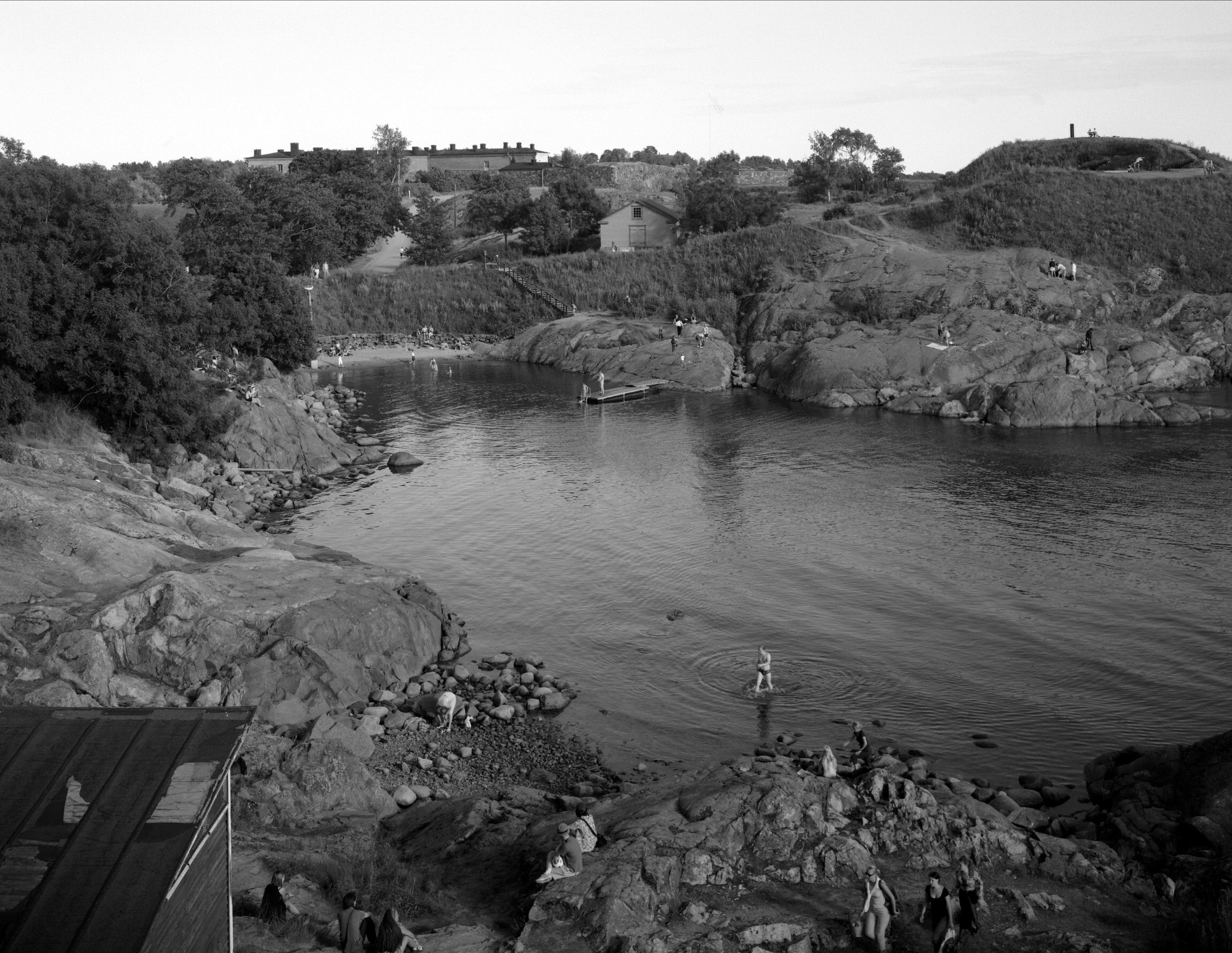